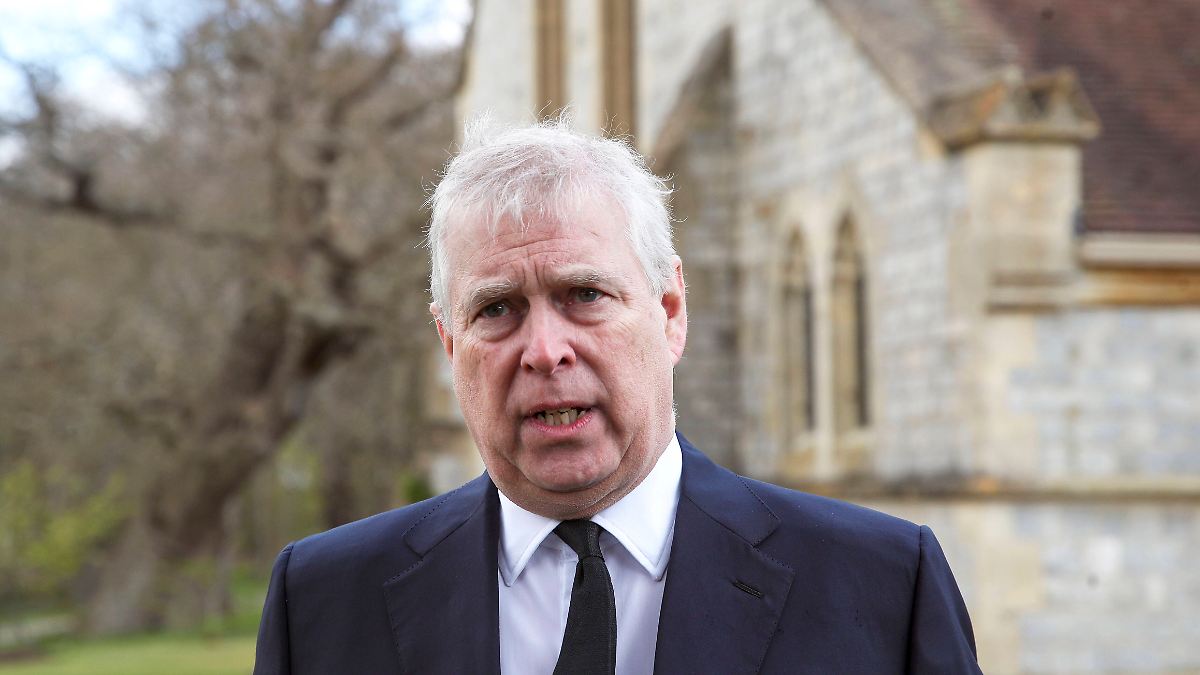 The British royal family has long been burdened by the abuse scandal surrounding Prince Andrew. Now his relatives apparently fear that the Royal will push back into the limelight despite the allegations. Prince William, number two in line to the throne, sees the monarchy threatened, according to a media report.

The British royal family is apparently concerned about a possible return of the 61-year-old Prince Andrew to royal life. Prince William even sees his uncle as a threat to the future of the monarchy, like that “Sunday Times” reported. Andrew is faced with allegations of sexual abuse in the United States. According to sources believed to be close to 39-year-old William, William said his uncle had a “rude and ungrateful” attitude towards his position.

According to the report, there was some irritation that Andrew spoke to television reporters in April, two days after the death of his father, Prince Philip. His older brother, 72-year-old Prince Charles, had heard of the plans beforehand, according to the Sunday Times, and feared that this would push Andrew back into the limelight. Therefore, Charles had anticipated his brother with his own statement.

“He’s never going to come back for anything, the family will never let that happen,” a source told the Sunday Times. A friend of William claimed, “He’s not a fan of Uncle Andrew.” Charles, on the other hand, is reported to love his brother. But he believes the sexual abuse lawsuit is damaging the institution’s reputation.

Siblings forge a pact against Andrew

Like the British tabloid “Sun” reported that Charles and his two other siblings, Anne and Edward, had already decided nine months ago that there was “no going back” for the scandal-ridden Andrew. Accordingly, Charles, Anne and Edward held a summit meeting in January where they decided that the Duke of York should never return to public life.

The background is the allegations of the American Virginia Giuffre that Prince Andrew sexually abused her several times over 20 years ago. Giuffre was only 17 years old at the time. The number nine of the British line of succession strictly denies the allegations. The case is linked to the abuse scandal involving the US entrepreneur Jeffrey Epstein, who has since died. Andrew stayed overnight at Epstein’s several times. Together with his ex-partner Ghislaine Maxwell, he is said to have brought dozens of girls and young women into his addiction and sexually abused and fed other men for years.