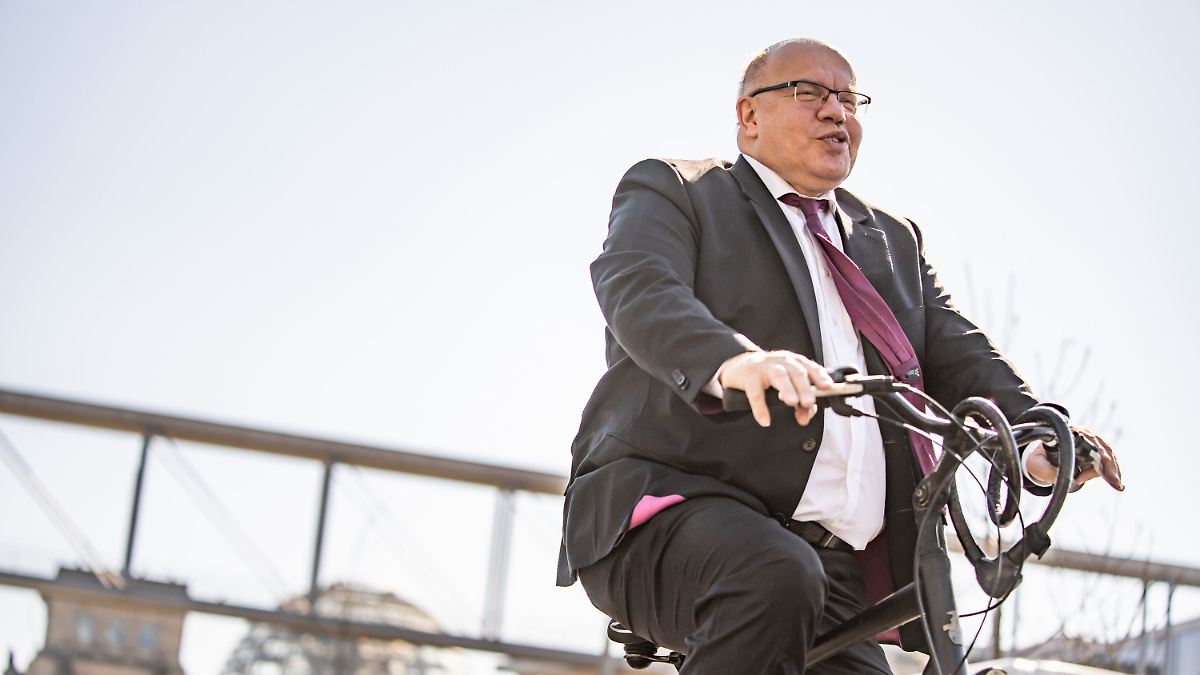 Peter Altmaier has been a member of the Bundestag since 1994, and now he is giving up his mandate of his own free will. He and Annegret Kramp-Karrenbauer wanted to set a good example and send a signal of departure, says the outgoing Minister of Economic Affairs. But they didn’t want to exert any pressure.

Federal Minister of Economics Peter Altmaier has spoken out in favor of a swift reorganization of the CDU at federal level after renouncing his parliamentary mandate. Altmaier said in an interview with the German Press Agency that this could and must send a “strong signal of departure”. “That will only succeed if we listen more closely to the party than before.”

Altmaier and Defense Minister Annegret Kramp-Karrenbauer surprisingly announced on Saturday that they would waive their parliamentary mandates. This clears the way for Nadine Schön and Markus Uhl, who will then join the Bundestag as successors from the CDU state list in Saarland.

The Union had historically done poorly in the federal election. “After such a defeat, there must be consequences and renewal for the CDU,” said Altmaier. “That was already clear to me on election night. And that everyone has to start with themselves.” Kramp-Karrenbauer had very similar considerations. “This gave rise to the idea of ​​acting together this week. Annegret Kramp-Karrenbauer and I wanted to set a good example, but we didn’t put any pressure on anyone. My heart bleeds when I see how many young and good colleagues are there because of them Didn’t manage to go bankrupt. But I hope that some of them can still move into the Bundestag. “

Altmaier went on to say: “We now also need the repositioning at the federal level, which can and must send a strong signal of change.” The CDU must now make it clear that it has an offer for all voters beyond political extremes. When asked what role CSU boss Markus Söder should play, Altmaier said that Söder had been the Union politician alongside Chancellor Angela Merkel who enjoyed the highest esteem nationwide for over a year. “The new CDU leadership and Markus Söder have to form a strong team. This is the only way to succeed again.”

CDU leader Armin Laschet had announced that he would propose a party congress to the top CDU bodies this Monday to reorganize the staff. He wants to moderate this process. Altmaier said of his own future: “I will assume my responsibility in government until the last day and then take my first long vacation in 16 years.” The ministers of the old government remain in office after the constitution of the new Bundestag until a new government is formed.

When asked what his life would look like without a Bundestag mandate, what he is planning and what he is most looking forward to, Altmaier said: “More time for gardening and reading, maybe also writing. And I will continue to take part in political debates as a citizen. wherever this is necessary in the matter. ” The 63-year-old has been a member of the Bundestag since 1994 and has been Minister of Economic Affairs since March 2018. Previously, was among other things head of the Federal Chancellery.