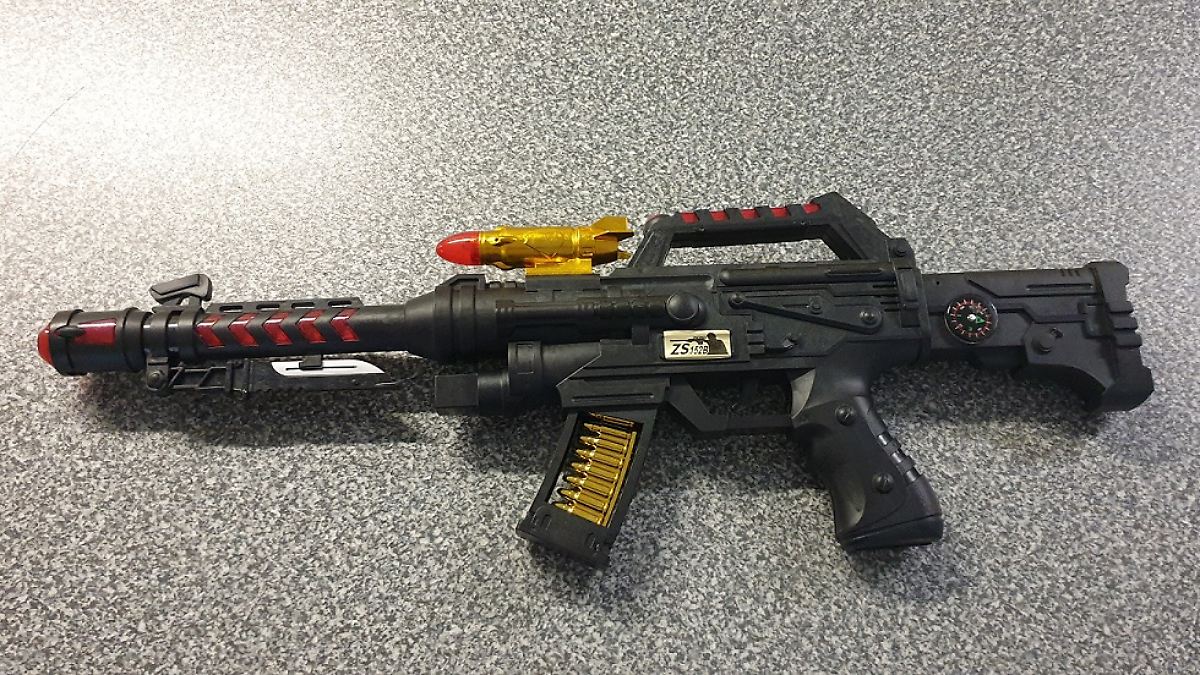 His toy brings a boy into conflict with the law: The twelve-year-old handled a plastic assault rifle in public. The police initiate administrative offense proceedings for harassment of the general public.

Federal police officers have stolen the toy gun of a twelve-year-old boy at the main train station in Gelsenkirchen. They also initiated proceedings for an administrative offense.

The boy from Castrop-Rauxel had played with his plastic assault rifle on a platform on Saturday afternoon and aimed at a passing freight train, as the federal police announced. Policemen saw this from the platform opposite – and because the weapon looked like a real rifle from a distance, they intervened. As they got closer, they realized it was a toy gun.

The officers secured the rifle and informed the boy’s mother, who was present, about the dangers that “a toy gun can trigger in public,” according to the police report. They also initiated administrative offense proceedings for harassment of the general public and violation of the Weapons Act.