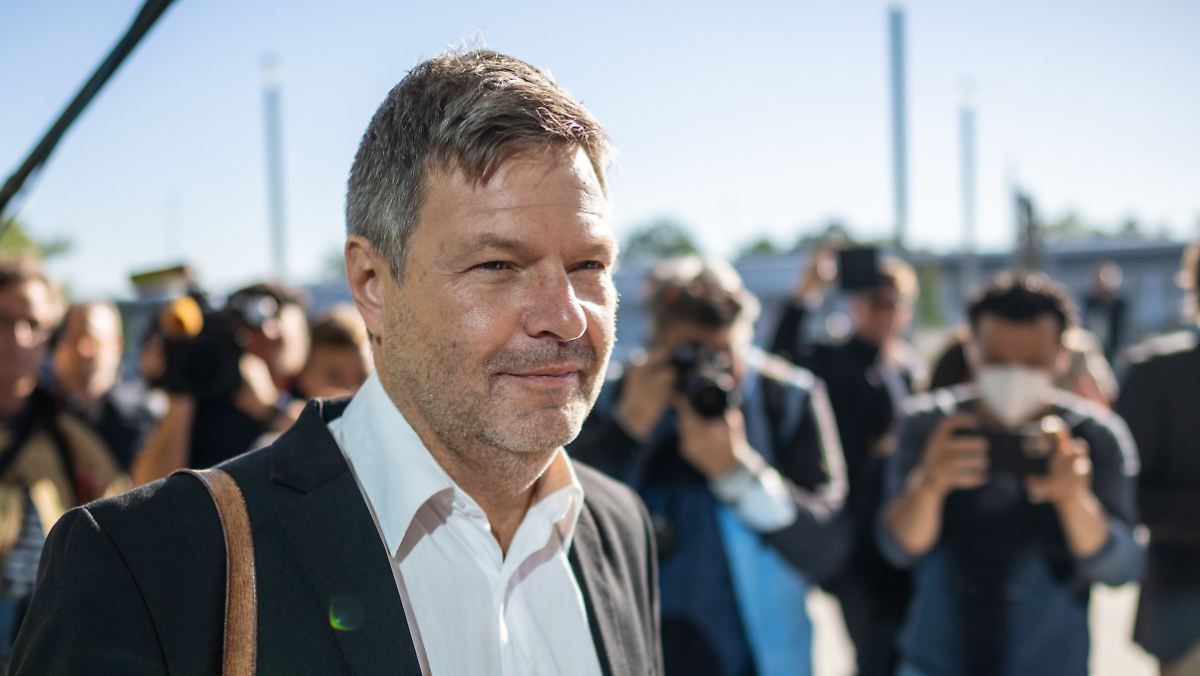 The explorations by the SPD, Greens and FDP are entering the decisive phase. Greens boss Habeck calls for pulling yourself together a bit. He knows the crux of the conversation: the finances. And the liberals make it clear that they are not making any compromises here.

Before the next exploratory round, Greens co-leader Robert Habeck emphasized the importance of the negotiations with the FDP. “Failure is actually not an option,” he said on ZDF. If a coalition of the SPD and the Union were to emerge again, Germany would “go nuts”. “We have to pull ourselves together a bit,” said Habeck.

Of course, the finances are a “huge problem,” said the Green leader. But you also have to make it clear that there are probably projects that can only really flourish in a coalition with the FDP and the Greens. If the negotiations get stuck, it is worth taking a look “at what is lost if it does not succeed and I think that then holds us together quite well,” said Habeck. Now the “time of the imagination” begins.

Habeck had already made it clear beforehand that there are still a lot of and in some cases considerable differences between the potential government partners, especially in financial policy: “I want to emphasize that the drop is far from being sucked. We have a long way to go, and it will be very exhausting, “he told Deutschlandfunk.

While the Greens want to raise more spending to implement the energy transition and for more climate protection, the FDP rejects a loosening of the debt brake anchored in the Basic Law as well as tax increases. This contrast is one of the sticking points of the talks.

FDP General Secretary Volker Wissing told “Bild am Sonntag” that the Liberals were not prepared to make any concessions on tax increases or the debt brake. “Everyone we talked to knows our demands: no tax increases and no easing of the debt brake. We are sticking to that. Debts do not create a future.” During the election campaign, FDP leader Christian Lindner made no secret of his desire to head the influential finance ministry in the future. In a traffic light coalition, the Greens could also claim this, but they would also like to head a climate ministry.

The negotiators from the SPD, Greens and FDP are continuing their talks on the possible formation of a joint government this Monday. Further dates are planned for Tuesday and Friday. Then the decision could be made as to whether official coalition negotiations will follow. So far, however, there is no clear timetable for this. At the end of the week, the three parties want to first take stock and decide whether further meetings are necessary. The Greens and above all the FDP have explicitly kept the possibility of a Jamaica coalition with the Union open, even if they are now exploring priority with the SPD.