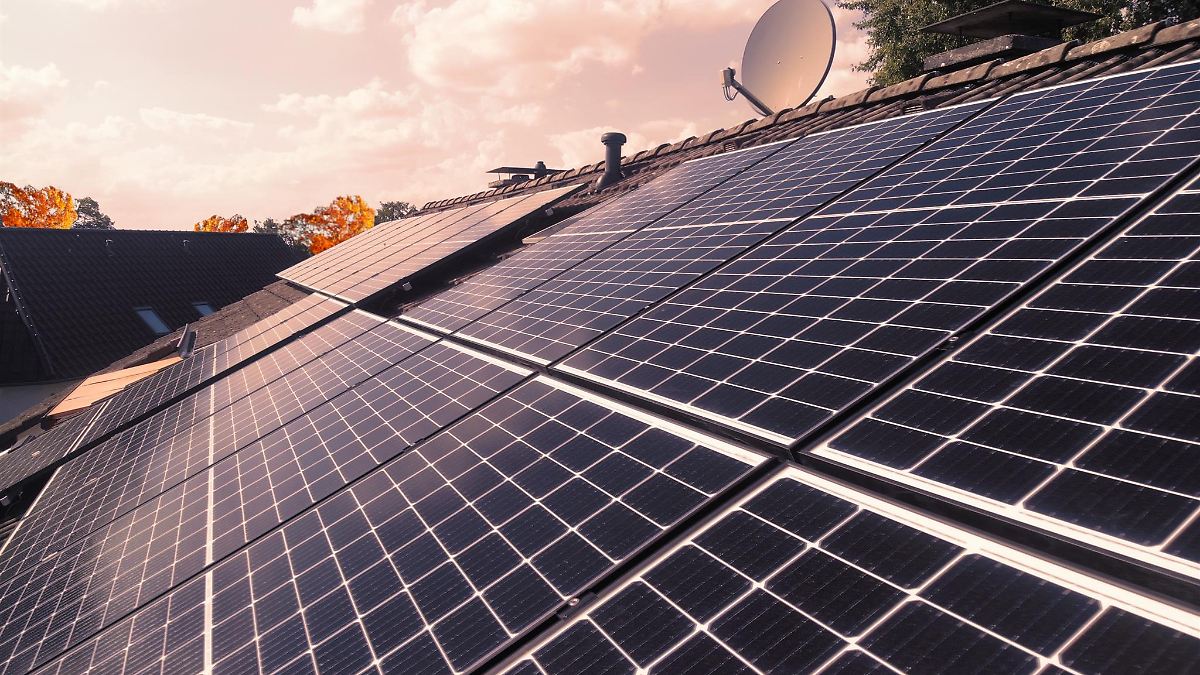 Anyone who wants to get cheap green electricity is toying with a solar system. A clear win in summer, but how does it look in autumn? Interested parties often have doubts about how profitable the investment is – time to clarify that.

When the sun’s rays recede in autumn, energy is needed most: lighting, heating and generally more time indoors increase the need. But even if solar systems deliver less electricity in the dark half of the year, they can be used sensibly throughout the year.

A look at the Germany-wide radiation value, i.e. the number of solar kilowatt hours per square meter, shows: around 361 kWh / m² come from the autumn and winter months (2020/2021). For comparison: the total radiation in 2020 was approx. 1173 kWh / m². The sunshine from September to March makes up a good 25 percent of the total.

Remove leaves from the plant

In order to perfectly capture the solar radiation, it is important to keep the plant free from leaves. Attention: In general, only qualified personnel should work on the system. If the collectors can be reached without the risk of falling, leaves or the first snow can be removed yourself. It is important to use scratch-proof tools so as not to leave any damage. It is also a good idea to cut back trees so that there is no additional shade. By the way: Special systems for automatic snow removal usually do not pay off. If the collectors are covered with a thin layer of frost, this disappears on the mostly black collectors.

Nowadays, a modern solar system hardly loses its performance with diffuse light. But falling radiation values ​​reduce the yield of the solar system. Plant owners should therefore be aware that the electricity demand may have to be supported by a green electricity tariff during the darker months of the year. In this way, the energy requirement can only be met with green energy. However, the solar system on the roof is also useful in the cold season. Coupled with an intelligent storage option, the performance increases significantly. In addition to the power supply, the homeowner can also operate the thermal energy system with the solar energy generated and thus heat with their own electricity.

For a green energy balance, it is worth installing an electricity storage system. The prices for electricity storage have fallen sharply in the past year – they can now even be rented from some providers. According to the consumer advice center, the memory has to be replaced after about ten to 15 years. Caching makes it possible to use the solar power generated during the day at a later point in time. In autumn the days are often still sunny, but with the upcoming time change it will be dark early. For example, lighting or televisions can be operated in the evening with the battery storage system using solar energy.

In the meantime, purchasing a solar system is also wise from an economic point of view. Since 2006, the cost of PV systems has been according to the Fraunhofer ISE dropped by around 75 percent in Germany. “This is exactly why your own solar system is the energy to participate today – clean, cheap energy from everyone, for everyone,” explains Stephan Rink von dem Solar company Enpal.

In addition, there is a lower feed-in tariff. That makes high energy consumption more worthwhile than feeding in. In autumn and winter, the solar system produces less electricity, but there is significantly more self-consumption in the household. Every kWh generated has more value for the homeowner. Especially on short autumn and winter days, an electricity storage system helps to increase self-consumption to up to 80 percent.

A solar system also provides sufficient electricity in autumn and winter – use can be optimized with an additional electricity storage unit. “The more capacity is built on the roof, the more self-sufficient system owners are in the end, especially if they buy a system with battery storage,” says Stephan Rink. “A green electricity tariff should be added for the residual electricity. Then consumers are completely independent of the large energy suppliers.”