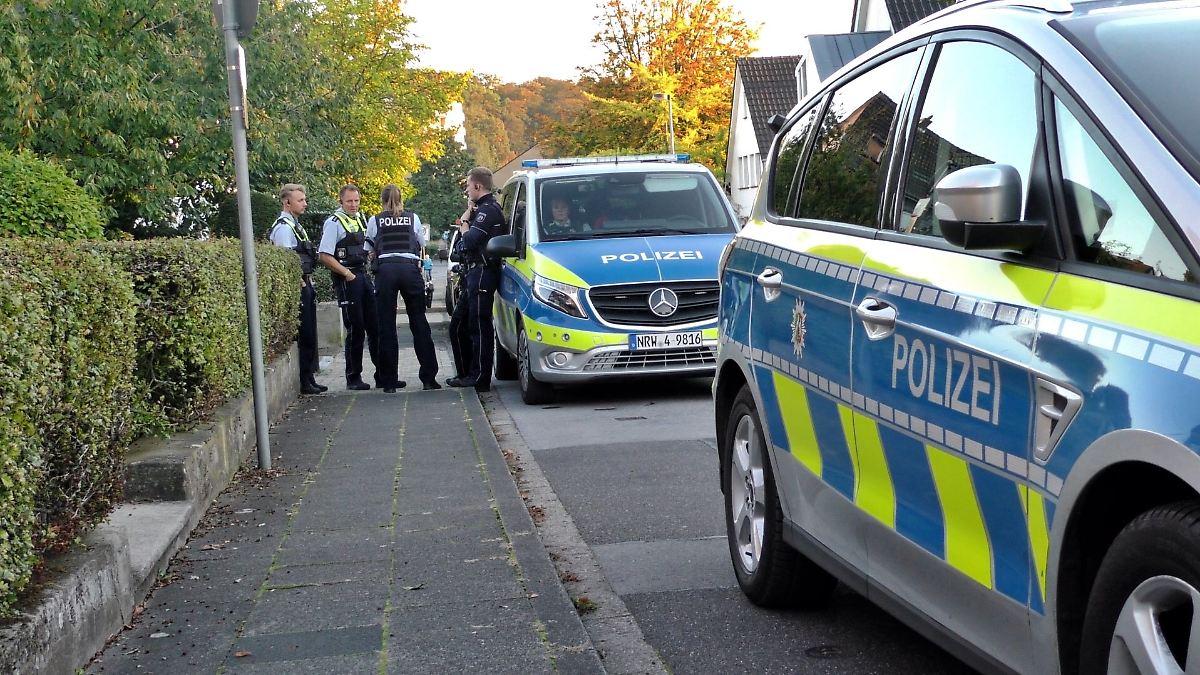 A group of rioters gathers in front of the private house of the interior minister of North Rhine-Westphalia – slogans are shouted, Bengalos detonated. The police responded with a massive contingent. Part of the group takes refuge in a forest. There is only one guess about the background.

In the vicinity of the private home of North Rhine-Westphalia’s Interior Minister Herbert Reul in Leichlingen, there was a “spontaneous meeting” of unknown masked people, as the police announced on request. According to witnesses, it was a group of 20 to 50 people who roamed the streets of the 28,000-inhabitant city in the Rhenish-Bergisch district. Some of the rioters detonated Bengalos in front of the home of the interior minister, shouted slogans and held up banners with an unknown label, the police said. The CDU politician Reul was not at home at the time of the crime. The meeting quickly dissolved.

The police moved out in the afternoon with three hundred teams and tried to get an overview of the situation. A police helicopter also circled over the area until late in the evening. Witnesses were heard and statements evaluated. The police searched intensively for the perpetrators of the riot, some of whom are said to have fled to a nearby forest.

A 31-year-old known from the left spectrum was arrested and released a little later, the police said. The extent to which he was involved in the meeting could therefore not be conclusively clarified.

According to a spokesman for the Interior Ministry, the police were alerted by residents. The area around Reul’s private house in the city was not cordoned off. There was no visible damage to the building. The police reported in a message: “The background of the meeting is still unclear, possibly the action could have been in connection with the new assembly law.”