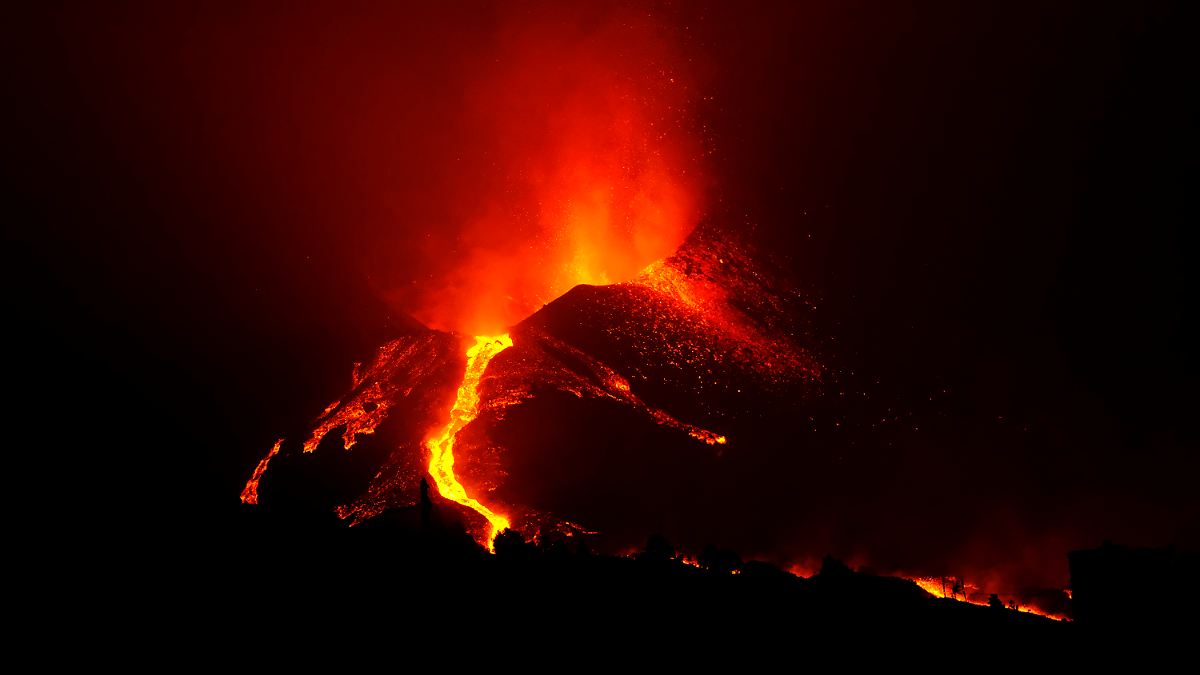 For the first time in 50 years the volcano on La Palma is active again. Lava has been flowing for three weeks and 6,000 residents are being evacuated. Now a series of earthquakes is shaking the island – possibly triggered by a magma build-up under the volcano.

The area around the volcano that erupted three weeks ago on La Palma has been shaken again by several relatively strong earthquakes. The most violent tremor with a magnitude of 4.3 was registered on Sunday shortly before midnight, reported the state television broadcaster RTVE, citing the competent authorities of the Canary Island. That was the strongest so far since the volcanic eruption. The tremors were also felt by many of the 85,000 residents of La Palma. Since the quake took place at a depth of 39 kilometers, there is no reason to worry, it said.

By Monday afternoon there had been at least 40 aftershocks. The latest, stronger tremors could mean that new magma is accumulating under the volcano in the Cumbre Vieja mountain range in the south of La Palma, said geologist Nieves Sánchez of the newspaper “El País”. “It may be that the volcano is developing more activity again,” said the 52-year-old, who is part of the scientific observation team. The volcano will certainly remain active for longer. “It won’t end tomorrow, the day after tomorrow and not even in a week,” she said.

On the Spanish Atlantic island off the west coast of Africa, it is expected that the new lava flow, which was formed on Saturday by the collapse of the northern flank of the volcanic cone, will probably reach the sea in a few days. Since the volcano became active again on September 19 for the first time in 50 years, the lava, which is more than 1000 degrees Celsius, has already destroyed almost 1,300 buildings, the authorities announced.

525 hectares are now covered by a meter-thick layer of lava. This area corresponds to more than 700 soccer fields. Around 6,000 residents of evacuated villages were still housed in hotels or with relatives.