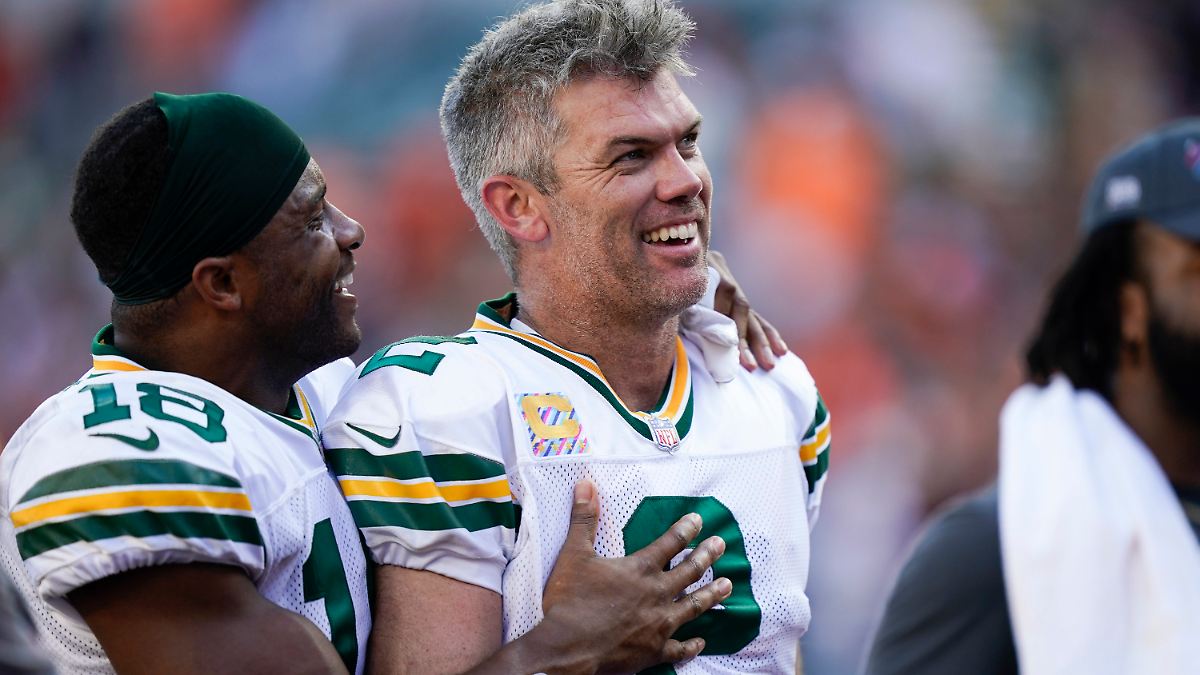 First Mason Crosby is the unlucky person in the game, but in the end the celebrated hero at the Green Bay Packers. The kicker with the gray hair decides a completely wild duel in the NFL with a late field goal. The encounter writes a bizarre story.

Five missed field goals in a row, each potentially decisive for the win – a game like that of the Green Bay Packers against the Cincinnati Bengals has probably never been in the crazy story of the NFL. At least the data service providers and US media could not find any in the archives. The Packers with the German-American Equanimeous St. Brown in the squad won the football match at the end of 25:22 – not only the already grayed kicker Mason Crosby has a few more gray hairs after this Sunday. “I was really happy to hit the last one. That was a bit of relief,” said Crosby.

2:16 minutes before the end of regular time, Crosby missed an attempt over 36 yards at 22:22. Unusual in its quality, but it can happen. With 26 seconds left on the clock, the Bengals had the opportunity to try to win – but Evan McPherson also failed. No sensation from 59 yards either. The Packers got the ball back, made it to another field goal attempt with three seconds left on the clock – and again Crosby made a mistake. This time from 51 yards and the number of incredulous looking spectators and players increased.

Because the Bengals immediately allowed themselves an interception in extra time, the Packers had a clear advantage and only needed the field goal to win. Crosby stepped up and again put the ball – this time from 40 yards – to the left of the two yellow posts. McPherson returns: over again. For a moment he was so sure about his shot that he cheered. So a little later Crosby came trotting out onto the field again. Out of superstition, pass recipient Davanta Adams did not look this time, quarterback Aaron Rodgers stood in a different place than before – and saw how Crosby scored: from 49 yards.