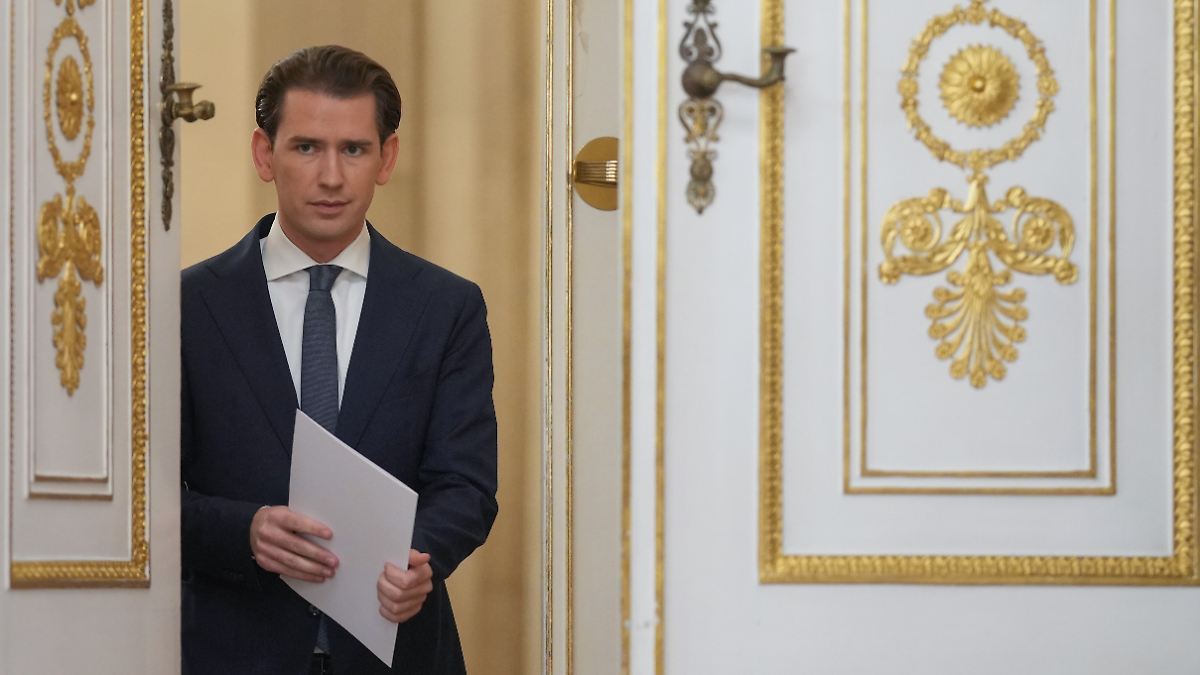 Austria’s ex-Chancellor Sebastian Kurz has taken a step aside from his resignation: he is moving from the Chancellery to Parliament, he wants to become parliamentary group leader. Communication consultant Christina Aumayr, however, considers the comeback to the Chancellery, which he obviously planned, to be unlikely. “Sebastian Kurz started with the nimbus that he wanted to govern again and not mess with anyone. He was able to win over moderate bourgeois voters.” This nimbus has now been refuted. One lesson from the case is, also for the CDU in Germany: “You have to shape politics primarily through content and concerns for the citizens and only secondarily through people.”

ntv.de: Can you briefly update us on what the government crisis in Austria is all about?

Christina Aumayr is the managing director of the Austrian consulting company Freistil-PR.

Christina Aumayr: The crisis has three threads, one of which is criminally relevant. One is the rude tone, as Sebastian Kurz and his long-term closest employees and confidants spoke about the then ÖVP boss Reinhold Mitterlehner or political competitors and members of the government. In the chat logs that have become known, Mitterlehner was abused by Sebastian Kurz as “ass”. Second, the close connection between Sebastian Kurz and the boulevard, friendly journalists and editors-in-chief. The third point is about bogus bills and chats that arouse ugly suspicions: Sebastian Kurz and his closest employees are said to have manipulated public opinion with fudged studies and bought benevolent reporting in the tabloid media, to Kurz from 2016 onwards to the ÖVP party leadership and to level the Federal Chancellery. For this money from the Ministry of Finance is said to have been misappropriated. The investigators see in Kurz a participant in the crimes of infidelity and corruption.

Kurz announced his resignation on Saturday evening. You are an expert in crisis communication. Was his approach tactically smart?

It was a surprising move, you have to give him that. Nobody had this fling to the club on screen.

Kurz has not only announced his resignation as Chancellor, but also declared that he wants to be elected as the chairman of the ÖVP in the National Council – in addition to taking over the chairmanship of the parliamentary group.

In doing so, he pre-empted his election, which would otherwise have taken place this Tuesday. Until Friday evening, Sebastian Kurz actually believed that the Greens would hold up to him, that the Green Vice Chancellor Werner Kogler was a government partner. From Friday it was clear: That will not happen. The Greens have made it clear to him that the government will only survive if the ÖVP replaces Kurz with “an impeccable person”. That happened too. But this move, that Sebastian Kurz goes to the club, that was surprising.

Why was that so surprising?

Every analyst unconsciously always thinks about reasons of state and responsibility in such crises. But that’s not how Sebastian Kurz works. When considering what your next step will look like, you have to factor in the chutzpah factor instead. The immediate advantage of this step for him: He is still financially secure. As club chairman, he continues to receive a salary on tax costs – this is also the only salary that Sebastian Kurz has ever received, he knows no other universe than that of his party. And as a club chairman, he is still at the political levers. That is also the factor that will destabilize this government.

Does that mean that as a club chairman, Kurz primarily has destructive power?

That has been his behavior pattern since 2016. With obstructionism he forced his predecessor as party leader, Reinhold Mitterlehner, to withdraw and disrupted the coalition of the SPÖ and ÖVP by torpedoing every government project. A concrete example from 2016 can now be found in the chat logs. At that time, Federal Chancellor Christian Kern of the SPÖ negotiated with Vice Chancellor Mitterlehner about using money from the bank levy for better afternoon care for children. With 1.2 billion euros you would have anchored a legal right to afternoon care. That would have been a political success and, above all, it would have considerably improved the childcare situation, especially in rural areas. The municipalities had the massive expansion of childcare places financed by the federal government. At the end of June 2016, Sebastian Kurz received the information from his confidante and then head of cabinet in the Ministry of Finance, Thomas Schmid, that these negotiations were about to be concluded. Kurz replied that it was “not good at all” and that he could perhaps “incite a federal state”. In fact, he succeeded in preventing the coalition from achieving political success. The 1.2 billion euros turned into 750 million euros for schools, and the legal right to childcare was off the table.

Did Kurz put forward substantive reasons against childcare at the time?

Officially, he has not commented on this, and he is not aware of any substantive objections. Thomas Schmidt wrote in a message that the program was “really awesome”. This is how you can tell what makes Sebastian Kurz tick. To believe that he will contribute constructively to the club would be very naive. Sebastian Kurz is not interested in political content. He also has no content-related concerns that drive him. His greatest competence is power politics, he is a shrewd power tactician. But that’s the only game he knows how to play. He is not interested in the lows of politics.

He is said to have mastered “message control”. Is that still the case or has he gambled away?

No, that’s over. Sebastian Kurz started with the nimbus that he wanted to rule again and not mess with anyone. He has thus been able to win over moderate bourgeois voters. At the same time, he offered FPÖ voters, whom Heinz-Christian Strache had pissed off, a new home with a restrictive course in immigration and refugee policy. He won the election in 2017. The aura of the new style has now been sufficiently refuted. The leading articles in Austria have been going in a very clear direction since Thursday: It’s over, his political decline has begun, he was no longer tenable as Chancellor, his reputation was ruined, his behavior was exposed.

Is there a political perspective for Austria without a government in which Sebastian Kurz is involved?

It will have to be found. I don’t think Sebastian Kurz will be the top candidate again. He will sit in Parliament as the club chairman for the next few years, but his main dialogue partner will be the judiciary. The house search report already reads like an indictment. If there is a lawsuit, the process will take years. At this time, as the top candidate for the ÖVP, it would be too big a mortgage. The first governors of the ÖVP are already beginning to distance themselves from Kurz. And even if the ÖVP goes into the next election with Sebastian Kurz – who should form a government with him? After two new elections he initiated and three government crises, he will no longer find anyone in this republic to form a government with him.

In Germany, Kurz has long been a role model both for the “Bild” newspaper and for some conservatives in the Union. Only recently said a CDU young politician: “We need a German Sebastian Kurz.”

We have the opposite discussion, here it says: We need someone like Olaf Scholz, i.e. a solid political figure and serious boredom. Basically, one can learn from the Kurz case: One must shape politics primarily through content and concerns for the citizens and only secondarily through people. Of course, you always need both, every successful political communication needs a person who represents the content coherently. But relying on saviors alone is doomed to failure. Those who build on populists build on sand and wake up with a bad hangover.

As far as the CDU is concerned, I would say: it needs a generation change in the direction of 40-year-old women and men. In the long run, it is not only people over 60 who can decide on the fate of the party. You don’t need a supposed shooting star at the top. The German voters have just shown that they want solid and serious policy – also boring. That is why Olaf Scholz was elected. If the CDU puts women and men in their early forties who are profound in terms of content at the top, it has every chance again. From my point of view, Jens Spahn, like Sebastian Kurz, is already cracked on a number of things and is therefore out of the team. Opening one’s eyes beyond the narrow party cadre could be worthwhile. But the bad news for the CDU: The time of traditional parties is over, there are hardly any brilliant electoral successes.