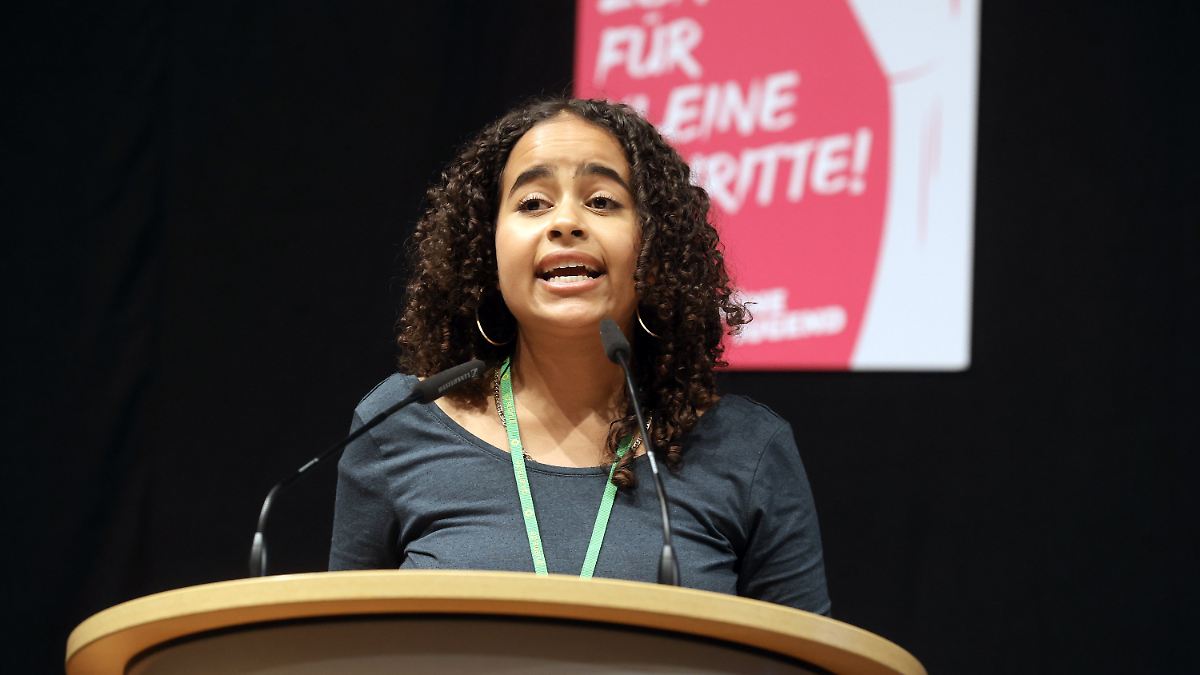 The new federal spokeswoman for the Green Youth, Sarah-Lee Heinrich, has come under massive criticism because of old tweets. And she receives death threats, it is said from the office of the youth organization. Now the 20-year-old does not want to speak publicly for a few days.

The newly elected federal spokeswoman for the Green Youth, Sarah-Lee Heinrich, will withdraw from the public in the coming days. A spokeswoman for the Green Youth said that to the “Tagesspiegel” and justified the decision with a shitstorm on Twitter and “massive death threats” that the 20-year-old is exposed to. Heinrich’s security comes first – she won’t speak up for the time being.

Heinrich emphasized that she was part of an anti-fascist youth organization. “This tweet in no way reflects my position. I am really sorry to have ever posted such a tweet.” The tweet has since been deleted.

Sarah-Lee Heinrich and Timon Dzienus were elected as the new federal spokesmen for the Green Youth on Saturday. The social science student Heinrich received 93.84 percent of the votes at the federal congress of the youth organization in Erfurt. Even before her comment on the “Heil” tweet, Heinrich had on Twitter lamentsSince their election, rights have tried to pull shitstorms against them. “I guess I’m jittery about a black, left-wing woman.” There were screenshots of old tweets from her, “some of which are vulgar or offensive”.

“What is deliberately removed from the screenshots of tweets: They are from 2014/2015”, criticized Heinrich. “I was 13/14 years old then.” She demanded: “Measure me and like to criticize me for my positions and my political work. I am not going to explain myself to everything that I once thought and said when I was 14, I do not ask anyone to do that.”