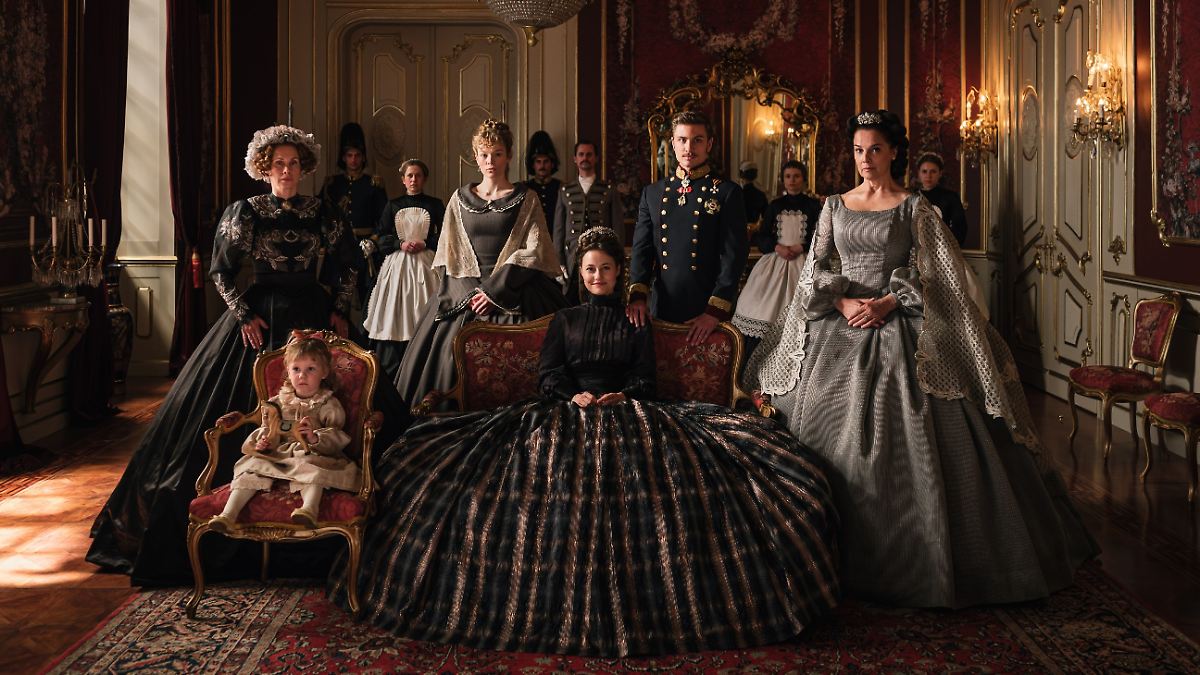 They could hardly be more different. But they are both in focus at the “Canneseries” TV festival: the new series of “Sisi” and the judicial drama “Faith” based on scripts by Ferdinand von Schirach, which has been nominated in several categories.

Everyone knows the Cannes Film Festival. But in times when streaming services are already outstripping the cinema, the “Canneseries” TV festival on the Côte d’Azur has also become a fixture since 2018. This year’s edition is currently in full swing. And two series from Germany are in the spotlight.

The “Cannesseries” has established itself as a TV festival.

The six-part series “Sisi” will celebrate its world premiere at the festival on Monday evening. It will be on view at the end of 2021 with the streaming service still known today as TVNOW, which will operate under the name RTL + in the future. The free TV broadcast is planned later on RTL.

“Sisi” from a “modern perspective”

“Sisi” has set itself no less than to breathe new life into the cult of the old Romy Schneider strips. “Our goal was to revive the story of Sisi, but to tell it differently – from a modern perspective,” explains RTL Deutschland’s Fiction Manager, Hauke ​​Bartel. “That’s why I’m very happy not only to celebrate the world premiere of ‘Sisi’ here in Cannes, but also to announce now that the exciting story of the Austrian Empress is going into a second season on RTL + and RTL,” he continues.

The focus of the first season is “the love story of two young people between personal desires and political constraints, between power and vulnerability,” says the series’ announcement. Jannik Schümann plays the role of Emperor Franz Joseph I. Newcomer Dominique Devenport follows in Schneider’s footsteps as Empress Sisi. Désirée Nosbusch is also part of the party – as Archduchess Sophie, Sisi’s feared mother-in-law.

In addition to “Sisi”, the seven-part series “Ferdinand von Schirach – Faith”, which celebrated its world premiere at the Munich International Film Festival in July, will also attract a lot of attention. After all, the judicial drama is the only German production that has been nominated several times at the festival in France. The series based on original scripts by bestselling author von Schirach can hope for an award in the categories “Best Series”, “Best Performance”, “Best Music” and “Best Screenplay”.

The former criminal defense attorney and today’s writer Ferdinand von Schirach is making a special debut with “Belief”: for the first time he wrote a screenplay as the sole author. He was inspired by a judicial scandal that rocked the city of Worms in the 1990s. In his reappraisal, Schirach sheds light on social developments such as the relocation of public debates to social media, where outrage, hatred and hysteria often rule.

Peter Kurth and Narges Rashidi star in the series. The broadcast is already for autumn on TVNOW / RTL + planned. The series then runs on Vox. We’ll find out earlier whether “Faith” wins in Cannes. The festival prizes will be awarded on Wednesday.