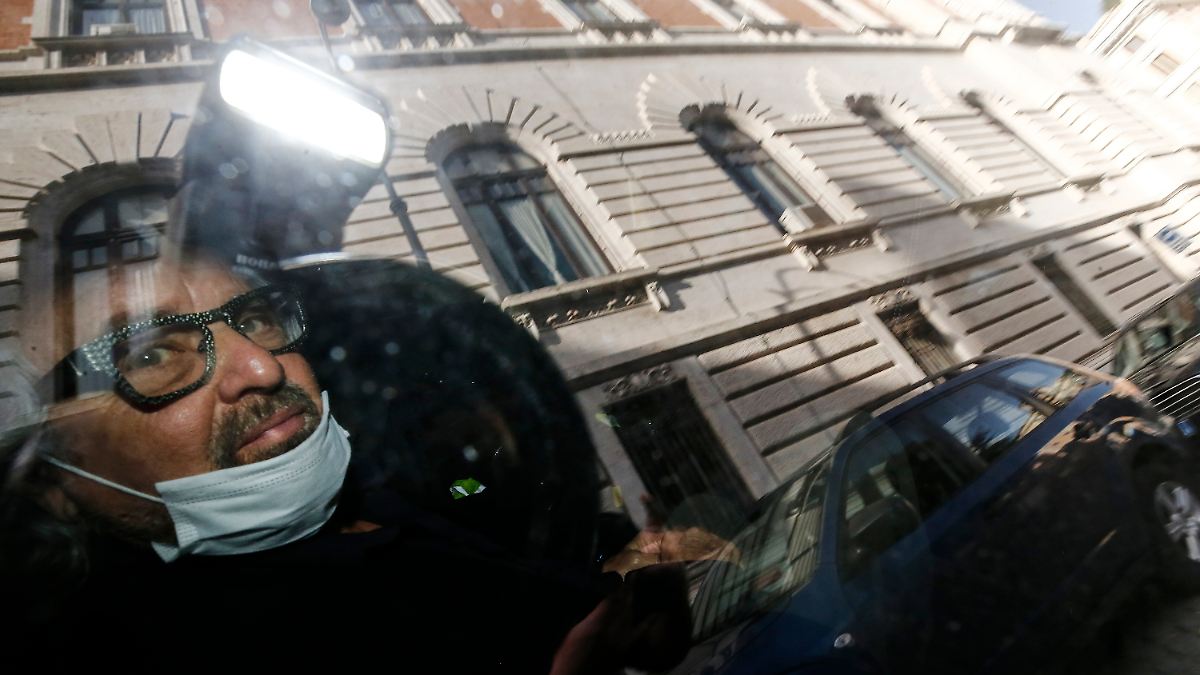 At first half of Europe laughed at the rise of a comedian-led party in Italy. When the EU-skeptical project by Beppe Grillo became the strongest force in the country, people were startled. But as quickly as the 5-star movement emerged, it now seems to be disappearing again.

How else can you call it but the downfall of the 5-star movement? In the parliamentary elections in 2019, M5S – the abbreviation for the party – became the strongest party in Italy with almost 33 percent. Just two years later, on the weekend before last, not a single one of the 23 mayors standing for re-election even made it to the runoff election. In Milan the party crashes to 3 percent and even celebrates the 19 percent in Rome as a success. Disaster? Catastrophe? Downfall is still the friendliest description.

The five-star movement was, we can confidently speak of it in the simple past, the greatest political bluff in recent Italian history. Let’s look at their beginnings to understand why every third voter was a victim of the – admittedly well done – M5S scam two years ago. The “movement”, which they did not want to call themselves “party”, is the product of the political ambitions of an Italian comedian, Beppe Grillo.

Grillo was once really funny. In the mid-1980s he was banned from appearing on the state television station RAI because he dared to tell the following joke: “Bettino Craxi is on a state visit to China. The Chinese head of government proudly shows the millions of cheering Chinese on Tiananmen Square in Beijing and says : ‘Comrade Craxi, all people in China are socialists.’ Craxi turns around in horror and asks: ‘But who are you stealing from then?’

After the end of the socialists as a party in the early 1990s, when corruption was exposed in the “Mani Pulite” (“clean hands”) trials, the Milanese media mogul Silvio Berlusconi became the political dominus of Italy. As a result, Grillo’s political activism was directed against Berlusconi when the political entrepreneur again became Italy’s head of government in 2001. Starting in 2006, Grillo uses his blog to call for the establishment of “meet-ups”, grassroots meetings based on the American model. The first 40 meetings of the self-declared “Friends of Beppe Grillo” are all still self-organized. The participants get involved locally, fight on-site against waste incineration plants and corrupt politicians.

Grillo entered the big political stage on September 8, 2007 at a mass event in Bologna, the “V-Day”. Where “V” stands for “Vaffanculo”, Italy’s common version of the Götz-von-Berlichingen saying “Lick me”. To everyone’s surprise, hundreds of thousands come to Bologna. Grillo has managed to channel the frustration of many Italians about “the” parties, about rampant corruption, about the perversion of the law by the Berlusconi government majorities and the anger about the weak opposition of the Social Democrats in a big “Vaffanculo” day.

Soon Grillo begins to put up its own candidates in local elections. Initially with a manageable popularity: 3 percent in Bologna are already considered a success. The grassroots movement, which decides “everything locally” and democratically on site, quickly becomes a movement that is strictly tailored from top to bottom and tailored solely to Grillo’s blog. Meetings between the “meet-ups” are now prohibited, all communication may only take place via the comedian’s blog. The M5S activists have to register there by submitting all their personal data. There is strict control over who enters. As of 2009, the management consultant Gianroberto Casaleggio from Milan will be in charge of Grillo’s blog page.

The Turin journalist Iacobo Iacoponi has defined the “system” Casaleggio / Grillo as a “great social experiment in the Internet age”. A small company called “Webegg”, founded by Casaleggio, is experimenting with techniques to influence people via the Internet. Casaleggio theorized that one could influence public opinion via posts, “stories”, “rumors”, own initiatives, petitions, everything strictly only on the Internet. Beppe Grillo’s blog is masterfully done. He is not lacking in stimulating topics: The Berlusconi government falls in 2011, the new “grand coalition” saves Italy from bankruptcy, but thanks to the alliance of the Democratic Party (PD) with Berlusconi, the PD has its “virginity” as “true” “Opposition lost.

The voices of protest against everything and everyone – including oaths and conspiracy theorists of all kinds – are offered a platform with Grillo’s blog. Everything is functional for Grillo’s movement of great protest, which has been registered as a political subject since 2013. Outwardly, it is about “participation”, democracy from below, internet democracy. Every citizen should be allowed to vote, the program and every decision of the M5S movement would be put to the vote on the Internet. It looks truly grassroots democracy, democracy on the Internet. The problem with this is that the leadership of the M5S party is in Grillo’s hands, there are only three members with full rights, as the real statute of 2013, which has been kept secret for a long time, determines: Grillo, his nephew Enrico Grillo and his tax advisor Enrico Nadasi. But for the fans these are minor details. They believe in Grillo’s goodwill.

Anyone who registers as a member on the blog page can vote. There are currently 110,000 blog members registered. But Grillo and his friend Gianroberto Casaleggio alone determine the political line. After his death, son Davide commanded Casaleggio. Protests against the undemocratic leadership of the blog iron out Casaleggio’s employees and remain anonymous: signed “Staff” (English for “employees”). There is no independent control of the votes, as Grillo had always promised. The Casaleggio company controls itself. All of this is already known in 2019, before the last major electoral triumph of the 5 stars, when they achieved almost 33 percent of the vote in the parliamentary elections. The Italians don’t seem to care about the contradictions.

The decline of the movement party, known as “Grillini” in Italy, begins when they show their political colors, when they have to rule. The party had provided the first mayor as early as 2013, but apart from Parma, these were only small towns. When Rome, Turin and Livorno fell to M5S mayors in 2016, a new era seemed to have dawned. But none of the M5S mayors pass the test. Either they quit Grillo’s movement very soon, like the mayor of Parma, or they fail because they cannot fulfill any of their great promises. In Rome it is the mountains of rubbish that have piled up in front of the houses of the Romans for more than five years, security issues in Turin. Everywhere the “grillini” are characterized by an outrageous inability to organize even the minimum amount of proper administration.

Meanwhile, the political line is a single zigzag. Like his populist competitor on the right, Matteo Salvini, Grillo is against the migrants who come to Italy across the Mediterranean: “If I were for migration, we would get an election result like a telephone code,” he said in 2013. In the European Parliament, education At the time he formed a group with Nigel Farage’s UKIP enemies of the EU, because Grillo is also skeptical of the EU and the euro. They even try to push through a referendum against the euro, but the collection of signatures fails.

The “grillini” do it with everyone

But the beginning of the end is governing, the participation of the Grillo movement in the governments “Conte 1”, “Conte 2” and now the support of the government of Mario Draghi. It starts with “Conte 1”, when the 5 stars raise the previously largely unknown legal scholar Giuseppe Conte to head of government – with the voices of the right-wing populists from Matteo Salvini’s Lega and the post-fascist “Fratelli d’Italia” under Giorgia Meloni, who abundantly include Mussolini and have Hitler fans in their own ranks. But when Salvini wins the European elections by a huge margin, he terminates the alliance with the Grillini in a frenzy of grandeur. Bearing in mind the declining polls, these form a center-left coalition with the Democrats, who until then were still the great enemy.

Finally, in February of this year, the 5 stars take part in an all-party coalition under Draghi, in which even Grillo’s all-time opponent Silvio Berlusconi is represented with his party “Forza Italia”. Only Meloni’s post-fascists are left out. Meanwhile, more than 100 MPs say goodbye to the party. The M5S are at odds over any topic, anti-vaccination opponents and conspiracy theorists often set the tone. In mid-2021, the M5S parliamentarians parted ways with the Casaleggio company; take over the blog on their own, but the content chaos remains.

In the end the “boredom” win

The idea of ​​the 5-star movement, “We are against everything and everyone, we do everything else”, which was so successful at the beginning, first failed in the lowlands of local politics, where buses have to run on time, rubbish has to be picked up and the streets don’t Should have holes in the asphalt. The M5S mayors didn’t get any of this baked. So the approval ratings collapsed at the base. This was followed by complete political chaos at the national level. Within two and a half years you have decided everything and the opposite of everything with everyone.

What remains is the image of politicians who were selected as candidates via Grillo’s internet casting, but who have now, after five years of practice, been found to be completely unsuitable for public office. What began as a national “influencer” experiment has failed miserably. The star of populism, Anti-Euro-Anti-Vaccinations-Anti-Everything, crashed in the local elections on the first weekend in October, the 5-star movement is back in single digits. The most important competitor on the populist floor, Matteo Salvini and his Lega party, is just above this. Those who have won are “boring”, “uncool” middle-aged people who often don’t even have a Twitter account. The chronic turbulence in Italian politics is likely to be somewhat milder in the foreseeable future.