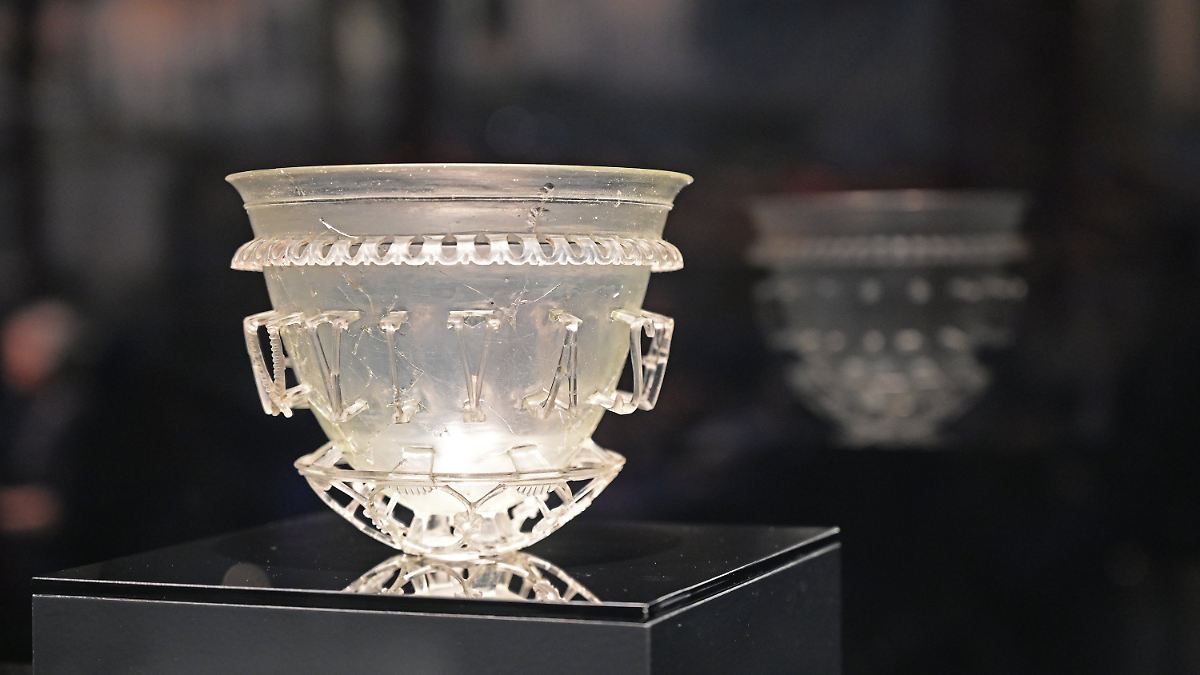 Countless splinters of glass are found in a grave in Burgundy. Archaeologists in Mainz succeed in reconstructing a vessel from it. But they cannot yet say what exactly it is.

The archaeologists at the Römisch-Germanisches Zentralmuseum (RGZM) in Mainz don’t often get such a precious puzzle on the table: In five months of work, the specialist at the Leibniz Research Institute for Archeology, Katja Broschat, has put together countless fragments of a find from France and so that Let the work of art reawaken. Now the RGZM general director Alexandra Busch was able to return the glass vessel from the late Roman period to her French colleagues.

“In the summer of next year we will present it to the public for the first time in an exhibition in Autun,” said Carole Fossurier from the Institut National de Recherches Archéologiques Preventives (INRAP). Such a completely preserved glass from Roman antiquity was last found almost 50 years ago in Montenegro, said the RGZM division manager for restoration, Christian Eckmann.

Until they were recovered, the broken glass lay at the feet of a corpse in a sarcophagus in a cemetery near the Burgundian city of Autun, the ancient Augustodonum. The field of 230 graves was used from the 3rd century AD. The diatret glass – this is how double-walled vessels with openwork glass are called – was once one of the most valuable luxury goods of the Roman elite. An artistically designed arch of letters on the restored vessel gives the slogan: “Vivas feliciter” – Live happily!

The inscription – with the unusual detail of a faulty letter C – is one of the traces of the many outstanding questions that the object of archeology asks. “What was the function of the cup?”, Says Eckmann as one of the most important questions. The object could have been a drinking vessel or a lamp – “we have clues for both”.

Puzzles also reveal traces of the contents of the vessel and the imagery of the bowl with a diameter of around 15 centimeters. Grapes or a fishing net are possibly depicted, both of which could point to a reference to the Christian faith, which slowly found acceptance in Burgundy in late antiquity. After all, it is not clear how such filigree glass objects were made – pressed or cast, or cut from a glass body?

Alexandra Busch is convinced that researching such questions is not an end in itself for scientists in ivory towers. Rather, archeology is about answers to how people of the past saw themselves as social beings, how they found answers to difficult challenges – and what this can mean for us today.