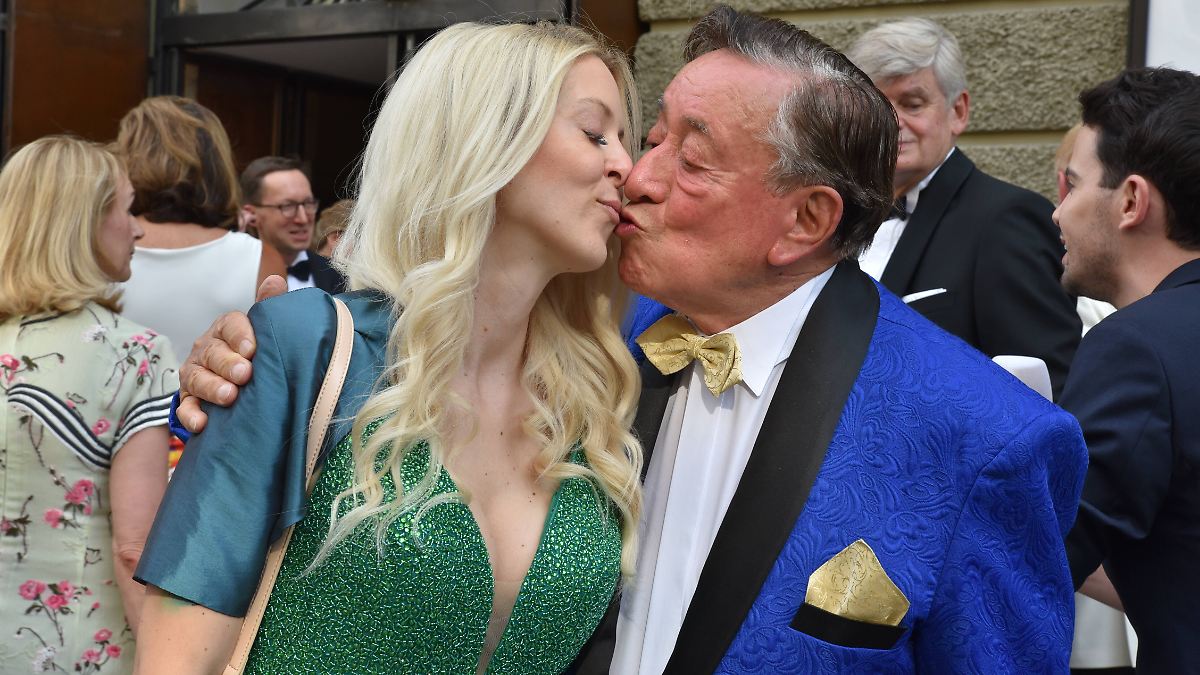 Hum, hum, hum, bees hum around. Richard Lugner can now sing this song, because Mausi, Spatzi and Co are long gone. Instead, “Bienchen” alias Simone Reiländer is now in charge of the 89-year-old’s side – possibly soon as his wife.

“She’s the right one because she’s on time,” explains Richard Lugner in an RTL interview. Following this logic, the former Austrian building contractor is already ready to nail it down. The 89-year-old has proposed marriage to his new girlfriend Simone Reiländer, alias “Bienchen”. It was only a few months ago that the relationship between the two became public.

“Level one. I’m in love”, Lugner admitted to the new woman at his side at the Salzburg Festival in July. Now he is celebrating his birthday in the Vienna House of Industry – Lugner will be 89 years old this Monday. Austrian media had already rumored in advance that there might be another item on the agenda at the festival, in which “bees” will also play a central role.

And it actually happened that way. As reported in detail by the “Kurier”, among others, Lugner put a ring on her finger, the 39-year-old and therefore 50 years younger from Reiland. Before that, however, he sang a serenade with two operetta singers of his “Simone, who seemed a little embarrassed,” writes the “Kurier”. But then it went into medias res.

“Cupid, he grabbed me so, I don’t know what to say about it,” the Austrian daily quotes from Lugner’s speech. He would invite Reiländer to join him in Vienna so that the two of them can get to know each other a little better and possibly take the next “one or two steps”.

Wasn’t there something missing? more on the subject

“It’s time we got engaged”, Lugner is said to have found and simply put the ring on the finger of the perplexed “bee”. She only said “yes” with a delay, but according to her current fiancé, she should not have been taken by surprise. “I made a mistake there, I just put the ring on her finger and she stood there as a fiancé without being asked because I had clarified that with her beforehand,” Lugner told the “courier” in a later statement.

Various exiles of the former building lion are said to have been present at the engagement ceremony. And there are some with animal names like “Mausi”, “Bambi”, “Katzi” or “Spatzi”. Now, however, a hard-working “bee” will soon be buzzing through Lugner’s Viennese household, which, by the way, he got to know through a dating call in the newspaper. Well, the main thing is that it shows up on time.