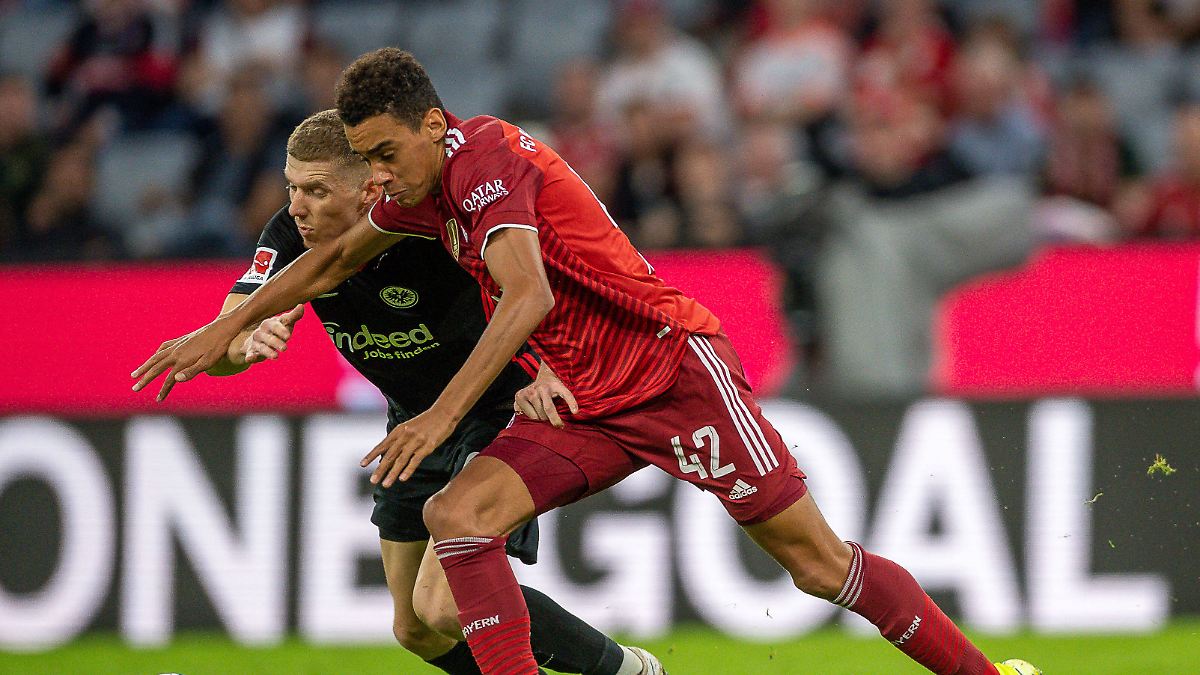 Jamal Musiala is a good footballer, a very good one in fact. This is clear to his discoverer in England at an early stage. Rosh Bhatti raves about the Bayern professional. The 18-year-old will one day win the Ballon d’Or. He would be only the second German after Lothar Matthäus.

Jamal Musiala plays in the national soccer team, he has long since prevailed at FC Bayern and is on the list of nominees for the “Kopa Trophy” when it is voted world soccer player. The same award from the French sports newspaper “France Football”, which honors the best footballer under the age of 21. Kylian Mbappé received this award in 2018 and Matthijs de Ligt most recently in 2019. Musiala is also nominated for the “Golden Boy”, the prize awarded by the Italian “Tuttosport”. There he could succeed Erling Haaland, who received an award last year.

Rosh Bhatti is not at all surprised by all the nominations. The discoverer of Musiala expects that the German international “will one day win the ‘Ballon d’Or'”, Bhatti told the “kicker”. This would make the Bayern professional move into the league of Lionel Messi and Cristiano Ronaldo. And with Lothar Matthäus. The former Bayern professional and record national player was the first ever to be recognized as a world footballer in 1991. And is still the only German. That was 30 years ago.

After all, it has been eleven years since Bhatti first met Musiala as a scout for Southampton FC. He recalls: “I couldn’t believe what I was seeing. I just thought, is he really only seven? He’s playing like a twelve-year-old!” Bhatti called him a “child prodigy”. “Nobody here has ever forgotten him. Some got close to him, but I never saw someone like Jamal that age again.”

Musiala played in the youth team at Southampton FC from November 2010, but only for half a year, and in March 2011 he made the jump to the youth academy at Chelsea FC. Was appointed to England’s U15 for the first time in December 2016, played for the U16 in July 2018, before making his debut for Germany’s U16 just three months later. The interlude lasted two games, then Musiala moved back to England’s U17s. Debut on September 6, 2019 – even though he moved to FC Bayern in July and thus also to Germany in terms of clubs. He also played for the English U21s, scoring once in two games – before finally being convinced by Germany. Senior national team under Joachim Löw, debut on March 25th of this year.

With his first game at the EM in the summer, Musiala became the youngest German national player in DFB tournament history. He was Bayern’s youngest Bundesliga debutant, youngest Bundesliga goalscorer and youngest Champions League goalscorer for his club. A career in a hurry. And that despite the fact that he had “physical problems at the beginning”, as Bayern’s junior boss Jochen Sauer explained to the “kicker”. “He’s relatively shy and calm, down to earth, but he accepted everything in order to work on deficits, was never offended,” said Sauer, who enthused: “Jamal does things with the ball that not everyone can do. He has these special things Moments in his game left the defenders standing in the U19 in a way that we had never seen before. “

Thomas Müller is seldom at a loss for a line, he also has one ready for his teammate. One in which there should be a lot of truth: Actually he, Müller, was “just Jamal’s placeholder”, the original Bavarian said after the Bundesliga victory in Leipzig, when Musiala was named “Player of the Game”. That applies to FC Bayern and the national team. Hansi Flick, first their coach at Bayern, now in the DFB, said of the youngster: “He’s someone who is very good at one-on-one, who plays football bravely.” Bayern’s new coach also relies on the offensive man: “Somehow a magnet is built in. The ball keeps flipping back to him.”

Musiala himself didn’t expect such a career, he said: “It’s amazing how quickly everything went. Sometimes I need a few minutes to check everything out,” said the 18-year-old: “I’m grateful that up to everything has gone so well now. ” In order to survive on the big stage, he and his mother, who is a sociologist, have prepared: “I worked very early on to be mentally ready for games. That gives me stability.” In addition, he works with a private coach on details in neurocentric training in order to further improve his performance. It’s about balance control and eye training. Teammate Leon Goretzka had already taken on his strength training a bit jokingly. After all, Musiala is jokingly called “Bambi” by his fellow players, like the young, little deer from the Disney film of the same name. Before games, he admits, he is “a little nervous”, but then very calm on the field.

Mature and down-to-earth, this is how Musiala presents itself on and off the square. His future lies in Germany, he cannot change the national team again. He doesn’t want that either, and yet he hasn’t forgotten England. Where it all began, he and his family are now organizing the “Jamal Musiala City Central Cup” youth tournament. It’s about football, of course, but also about values ​​like respect, empathy and responsibility. “I was brought up to give something back when I make money,” Musiala explains to the “kicker”.

It suits the young person who, according to Lothar Matthäus, can become as good as Neymar. He said that recently – and could possibly have made an even more accurate comparison. Because the Brazilian has neither won the “Golden Boy” nor the “Kopa Trophy” (admittedly, it has only been awarded since 2018), Musiala is nominated for both. And if Bhatti is right and Musiala wins the “Ballon d’Or” one day, he will have overtaken Neymar even more. Then he would be as good as Matthäus – and Germany would have a world footballer again.