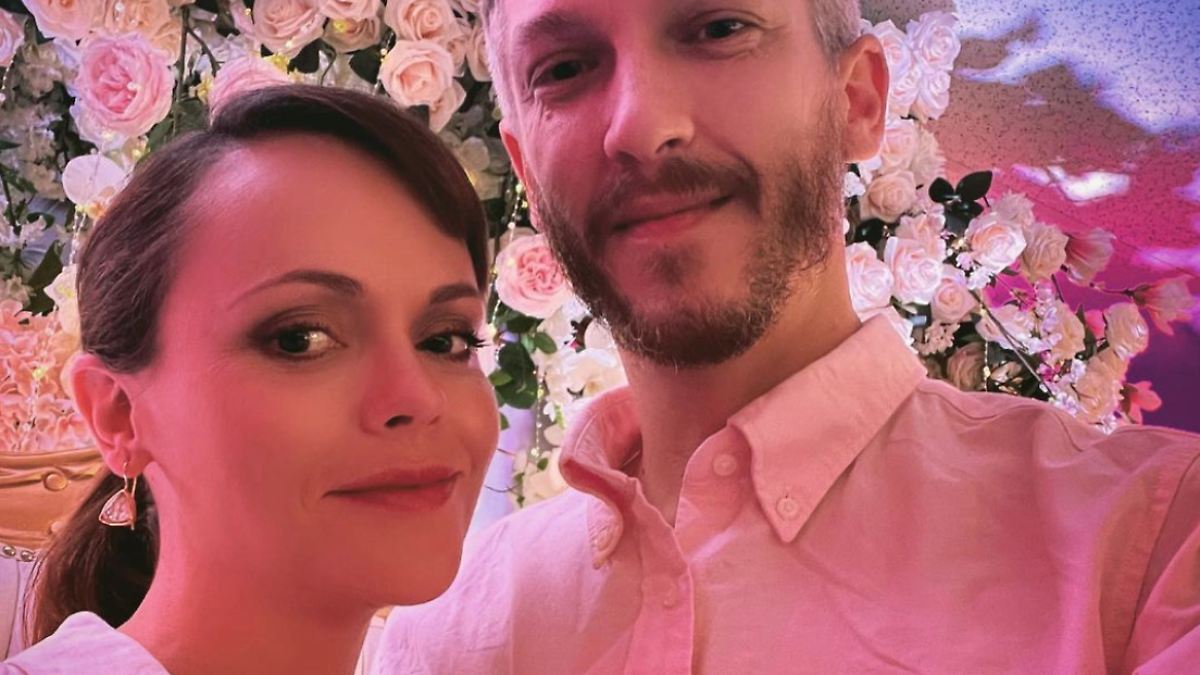 Christina Ricci had no luck with her first husband. For almost a year now, the “Addams Family” actress has been in a relationship with her “favorite person”, with whom she is expecting her second child. Now she has also given him the yes.

Christina Ricci remarried. The actress announced on her Instagram account. She shared a selfie with her life partner, hairstylist Mark Hampton, in which the two are posing in front of a rose decoration. “Mr. and Mrs.”, wrote the 41-year-old under her mail.

Hampton and Ricci are also expecting their first child together soon. Ricci announced this at the beginning of August with an ultrasound image on Instagram. “Life is getting better and better,” wrote the 41-year-old. In mid-July she had congratulated Hampton on Instagram on her birthday and called him her “favorite person”. She promised: “The next year will be the best so far.”

Only last January Ricci obtained an injunction against her ex-husband James Heerdegen. The “Addams Family” star claims to have been physically abused by the cameraman. Heerdegen has to keep a distance of at least 100 meters from Ricci, has no right to visit their seven-year-old son Freddie and has to stay away from the family dog.

Heerdegen himself clearly rejected the allegations and also tried to apply for an injunction against Ricci. His application was rejected in court.