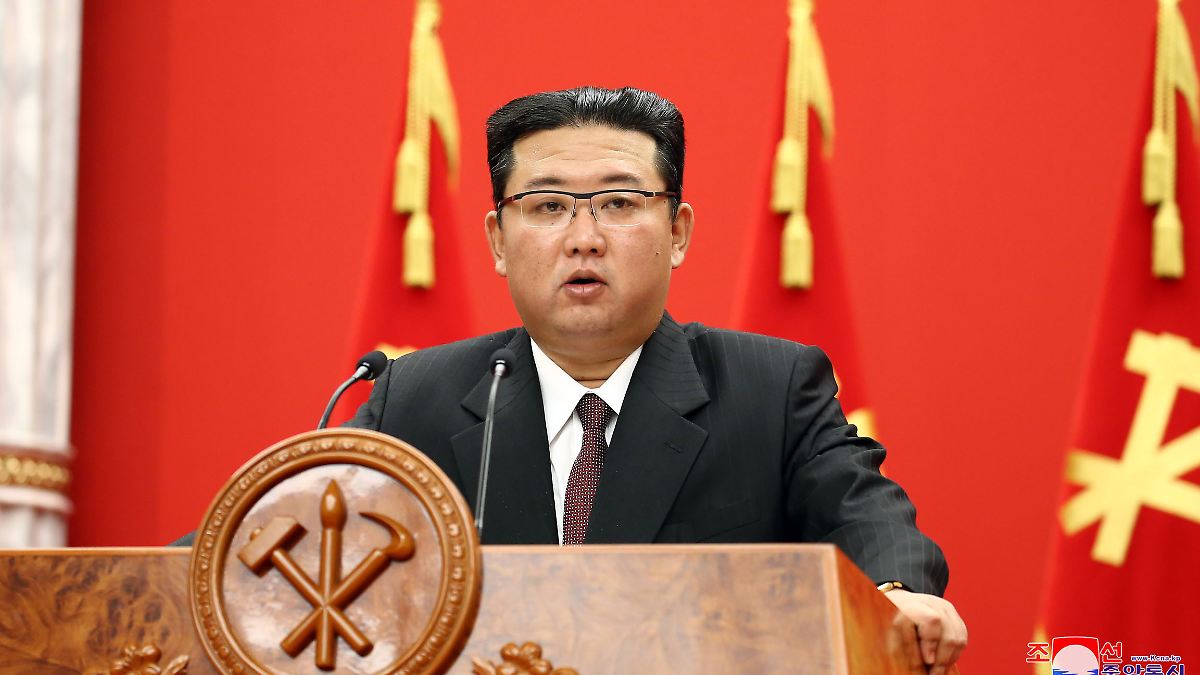 Corona, floods, sanctions: North Korea is not doing well economically. In order to change that, ruler Kim Jong Un is also calling on his officials. Your privileges will be a thing of the past in future.

North Korea’s ruler Kim Jong Un has urged state officials to focus on “improving the living conditions of the people” in the face of a “dire situation”. Kim said during a speech on the 76th anniversary of the founding of the Workers’ Party of Korea, the country is also facing major tasks to adjust the state economy and achieve the economic goals set.

“The only way to dynamically advance the unprecedented crucial work despite the dire situation is to unite the entire party,” the official news agency KCNA quoted Kim as saying. Civil servants should not expect any privileges or preferential treatment and should always consider “whether their work harms the interests of the people or causes difficulties for the people”.

As the state news agency KCNA reports, the holiday in North Korea’s capital Pyongyang was celebrated with several art performances and fireworks. A military parade is said not to have been held.

North Korea’s economy, which was already battered by sanctions, has been in an increasingly desolate state since the corona pandemic. Added to this are the consequences of severe storms and floods. A report by a United Nations employee said that the weakest part of the population is at risk of starvation after the country closed itself off even more during the corona pandemic. The worsening humanitarian situation could turn into a crisis.

The country is still practically completely isolated from the outside world. Two Romanian embassy employees are said to have left North Korea at the weekend, according to the specialist medium NK News, citing informed sources. This closed the last diplomatic mission of a country of the European Union in North Korea.