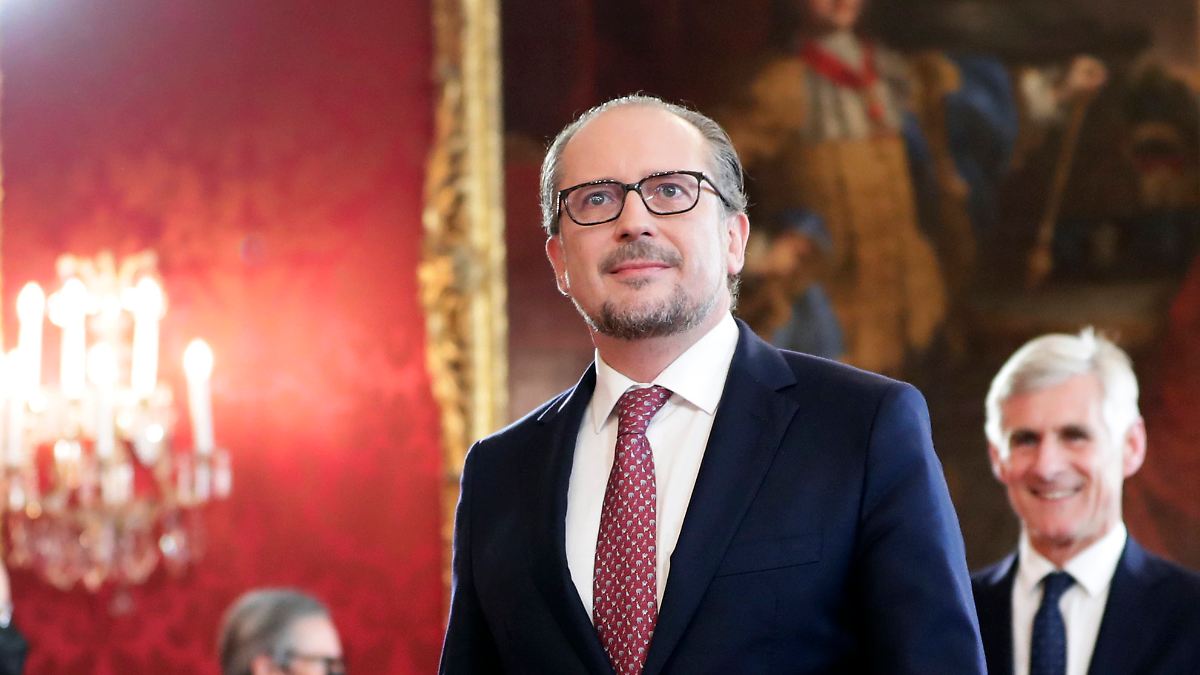 After the resignation of Sebastian Kurz, Alexander Schallenberg succeeds as head of government of Austria. With this step, the ruling coalition of the ÖVP and the Greens remains in place. Kurz becomes the new leader of his party – the opposition fears a kind of shadow chancellor.

Alexander Schallenberg is Austria’s new head of government. After a political crisis that lasted for days, the previous Foreign Minister was sworn in as Chancellor by Federal President Alexander Van der Bellen as successor to Sebastian Kurz in Vienna. Because of corruption investigations against the conservative Kurz, the co-ruling Greens had demanded his replacement and otherwise the coalition would collapse. The legislative period lasts until 2024.

Regardless of the investigation against Kurz, Schallenberg wants to pull together with him in the future. “I consider the allegations in the room to be wrong,” said Schallenberg after he was sworn in. Shortly after his resignation, he will remain head of the conservative ÖVP and will move to parliament as leader of the parliamentary group. “I will of course work very closely with him,” said Schallenberg in his first statement as Chancellor.

“I will now, together with Vice Chancellor Kogler, do everything I can to fill in the trenches that have arisen,” said Schallenberg. It is now a matter of implementing the recently negotiated agreements on a budget and a climate tax model. Kogler was satisfied with the personnel changes at the top of the government. “I assume that the chances are now very good again,” that the coalition will hold until the next regular election date in September 2024, he said.

“We all expect that the government will now go back to work together and bring something further together,” said Van der Bellen. With his diplomatic skills, Schallenberg has the best prerequisites for this. The new and old heads of government have worked together for years. When, shortly before his time as Chancellor, he was still foreign minister, Schallenberg, a worldly and eloquent, advised him as chief strategist. In 2019 Schallenberg became Foreign Minister in a transitional cabinet and moved to Kurz’s new cabinet in the same function.

Schallenberg comes from a former noble family. The son of a diplomat, he grew up in India, Spain and France. The 52-year-old new chancellor takes just as restrictive a stance on migration as his 35-year-old predecessor. Sometimes he also supported Kurz’s criticism of the EU. Taunts against Chancellor Angel Merkel, as they were heard again and again from Kurz, have so far not been part of his repertoire.

Kurz and his entourage are investigated on suspicion of corruption and infidelity. The rise of the young top politician is said to have been arranged with the help of tax money and embellished surveys. Kurz denies the allegations. The opposition fears that Kurz will continue to exercise power as a kind of shadow chancellor. Career diplomat Michael Linhart succeeds Schallenberg as the new Foreign Minister. He was previously Ambassador to Paris and previously Secretary General of the Ministry of Foreign Affairs.