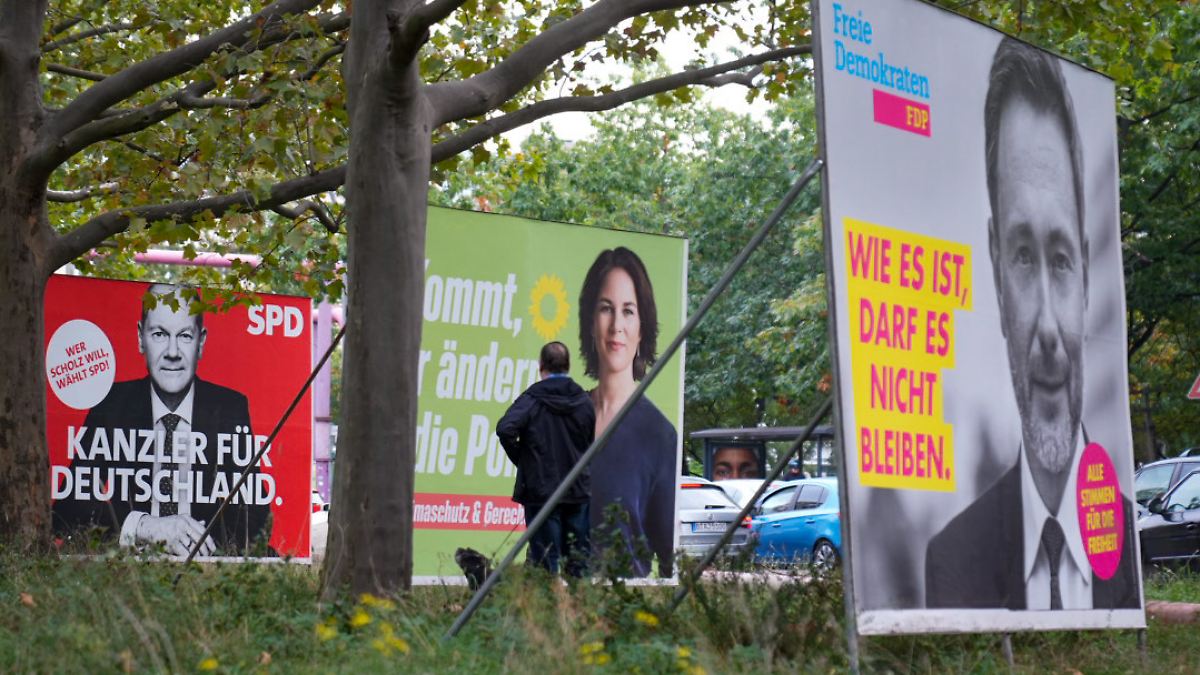 For more than ten hours, the SPD, Greens and FDP discuss a possible traffic light government in the federal government. As agreed, nothing emerges from the negotiations themselves. However, top politicians of the parties are expressing themselves about potential pitfalls and opportunities for a red-green-yellow alliance.

A good two weeks after the general election, the SPD, Greens and FDP started intensive talks about the formation of a federal government. The top of the three parties started deepened explorations with a good ten-hour negotiations, for which further meetings are scheduled on Tuesday and Friday. All major topics such as climate protection, finances and economics should be discussed. The parties involved did not comment on details of the negotiations. According to the parties, the aim is to end the explorations for the formation of a traffic light coalition possibly as early as Friday with an agreement in principle. Then the parties’ bodies could decide to start coalition negotiations.

The negotiating partners parted ways shortly after 7 p.m. in the evening as planned. There were no explanations whatsoever. “Everything is wonderful,” said SPD leader Norbert Walter-Borjans as he went out. FDP leader Christian Lindner wished a “nice evening”. The three parties had already agreed in preliminary talks last week not to report any details. In order to enable time-saving discussions, the three parties agreed to hold the exploratory rounds in the smallest possible groups of six people each. Confidentiality has been agreed on the content.

The party chairmen of the Greens, Annalena Baerbock and Robert Habeck, together with FDP boss Lindner and FDP general secretary Volker Wissing arrived at the meeting place at the Berlin fair demonstratively. The negotiators are not expected to speak publicly until Tuesday afternoon. Put the programs on top of each other and see what can be brought together well, said Thomas Kutschaty, the SPD state chief in North Rhine-Westphalia, at Tagesschau24. “In many areas I can imagine that we will actually achieve a socio-political awakening.”

Before the talks, Habeck had emphasized the major differences in tax and financial policy with the FDP. “The red lines of the FDP are well known: no tax increases and no relaxation of the debt brake of our Basic Law,” said the parliamentary manager of the FDP, Marco Buschmann, the “Spiegel”. Nevertheless, he was optimistic about the chances of a government coalition with the SPD and the Greens. There are still “other areas of friction”, but all three parties are ambitious. “The discussions have to show whether there is frictional energy for a forward impulse. So far everything has been very serious and professional. It is clear to everyone involved: It’s about our country,” said Buschmann.

Kühnert is optimistic about the topic

The talks will continue on Tuesday and will be interrupted at lunchtime because SPD Chancellor candidate Olaf Scholz is going to the United States as finance minister for the autumn meeting of the International Monetary Fund (IMF). After his return, a third exploratory round is planned for Friday, at which a final paper may be decided. In negotiating circles it was said that in view of the wealth of topics it was an ambitious plan to complete the explorations by Friday. The Greens then need a vote at a small party congress to enter into coalition negotiations. This could perhaps take place on Sunday. In the case of the SPD, a decision by the party executive is sufficient.

The SPD vice chairman Kevin Kühnert expressed optimism that a traffic light coalition will be formed this year. “I am very confident of that,” said the former Juso boss on ARD. “The talks have started well now, very trusting.” Kühnert also expects a willingness to compromise in budget and financial policy, one of the biggest sticking points in the traffic light talks. Here it must be seriously clarified what the state’s income and expenditure situation and a fairer tax system should look like. “There is certainly still a lot to go,” said Kühnert. “I suspect that everyone has to distance themselves to a certain extent from their points of view. That’s just how it is in negotiations in a democracy.”