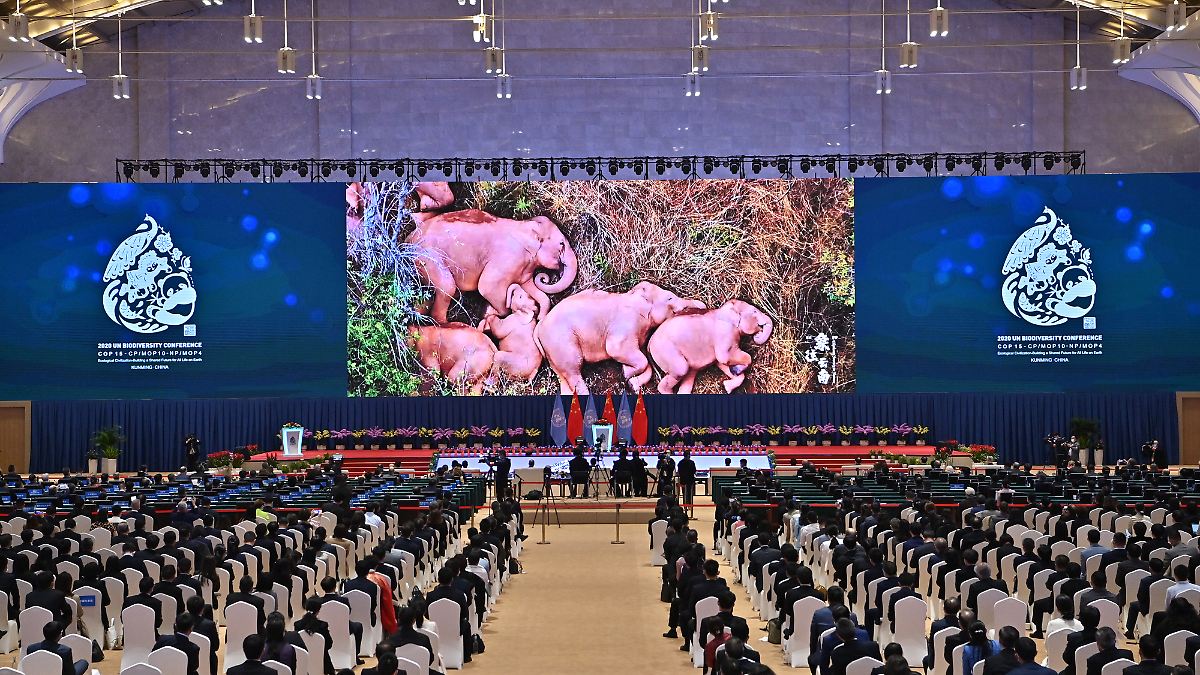 The members of the United Nations have big plans. They want to come to an agreement similar to the Paris Climate Agreement – this time for biodiversity. At the first meeting in Kunming, Germany made three specific demands, but so far it has not behaved itself in an exemplary manner.

The global community is looking for a new strategy to stop or at least curb the dramatic and dangerous extinction of species. The almost 200 signatory states to the UN Convention on Biological Diversity (CBD) came together for the 15th World Conference on Nature (Cop15) to discuss ways out of the crisis, which, like global warming, could have dire consequences by Friday. The meeting will take place under the chairmanship of China, mainly virtually and with representatives on site in the southwest Chinese city of Kunming.

The World Biodiversity Council warns of the extinction of a million species in the next ten years and of dramatic consequences for people’s livelihoods. Healthy ecosystems and biological diversity are the basis for prosperity, well-being, nutrition and health, experts warned at the meeting. They guaranteed clean air, drinking water, productive soils, a stable climate and resistance to natural disasters. More than 75 percent of the world’s crops, including many fruits and vegetables, coffee and cocoa, are dependent on natural pollinators. “The performance of insects is priceless for us,” said Florian Titze from the World Wide Fund For Nature (WWF).

Around 70 percent of the medicine used in cancer treatment also comes from nature. “Many of these genetic ‘treasures’, of which we do not even know what use they could have for humanity, we have not yet discovered,” said Titze. The delegates of the Cop15 discuss goals for a new framework agreement – comparable to the Paris climate agreement, even if it will be less binding. The conference was scheduled for October 2020 but was postponed and split up due to the pandemic. Despite the urgency to tackle species extinction, expectations have been lowered.

Only a “Kunming Declaration” is to be adopted at the meeting. It should prepare for negotiations in January before the strategy is to be adopted at a face-to-face meeting in Kunming from April 25th to May 8th. The federal government is committed to the negotiations and wants to use the World Nature Conference for a “new start”. Environmental associations criticize, however, that Germany continues to spend 67 billion euros per year on “environmentally and nature-damaging subsidies”. An increase in German financial aid for the fight against species loss to two billion euros per year is also called for. Germany currently contributes 800 million euros annually.

Federal Development Minister Gerd Müller called on the industrialized countries to double their resources for maintaining biodiversity in developing and emerging countries. He proposed one billion euros a year as the German contribution for the coming legislative period.

The clock is ticking. Environment Minister Svenja Schulze knows this too: “Never before in the history of mankind has our planet irretrievably lost so many species in such a short time,” said the SPD politician in Berlin. “On average, one species disappears every ten minutes.” Species extinction is now many times higher than the average over the past ten million years. The loss has long since had “serious consequences” for the economy.

Associations urge you to hurry

The Federal Government is pursuing three goals: Firstly, more and better managed protected areas. 30 percent of the area on land and in the sea should be placed under protection by 2030, twice as much as today on land and four times as much today at sea. Second, natural pollution must decrease – for example through overfertilization, pesticides and plastic waste. “Thirdly, after decades of nature’s destruction, the World Nature Conference must usher in a decade of restoring nature around the world,” says Schulze. In Germany, for example, moors, forests and floodplains are to be brought back to a natural state.

To do this, however, the agricultural policy must be changed, says the minister. “The way we are doing agricultural policy right now, it is part of the problem, not part of the solution.” The draft agreement also stipulates that subsidies for polluting industries should be reduced by “at least $ 500 billion a year”. The Bund für Umwelt und Naturschutz Deutschland (BUND) criticized the fact that these environmentally harmful subsidies should only be partially abolished. According to BUND, they amount to 67 billion euros per year in Germany.

Johannes Vogel, General Director of the Museum für Naturkunde in Berlin, warned haste: “As with climate change, we cannot allow ourselves again that it takes 30 or 40 years before scientific knowledge turns into the first correct approaches to political action . “