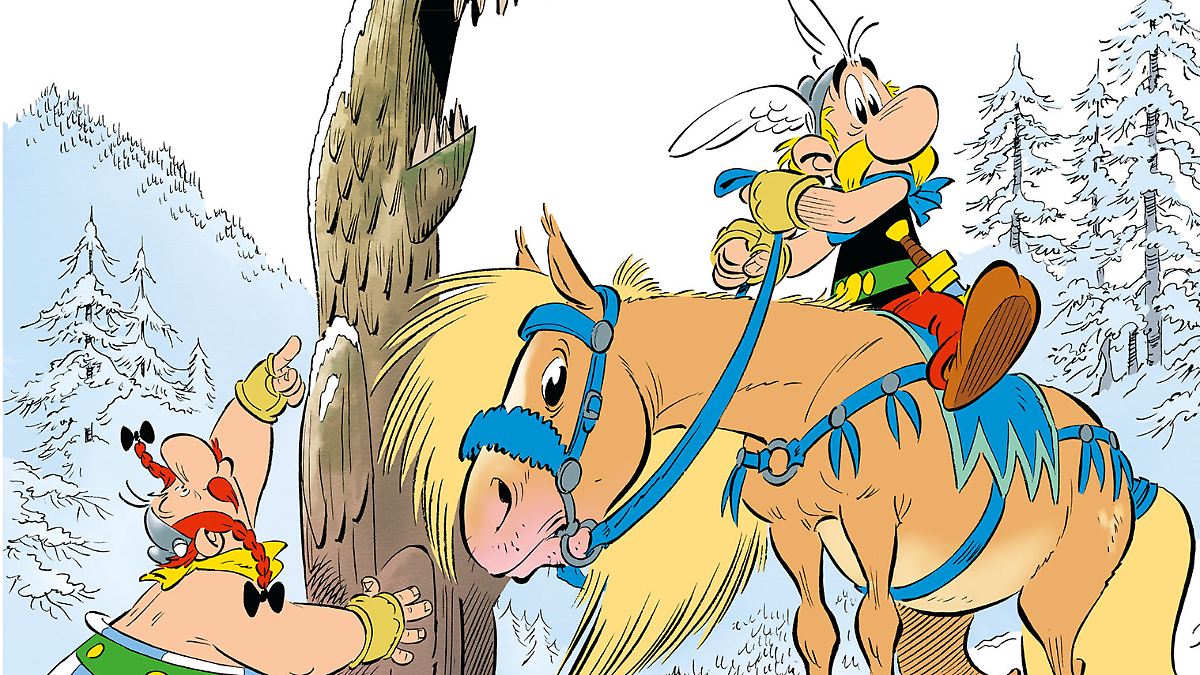 The release of a new “Asterix” comic is always a mega-event. With “Asterix und der Greif” the 39th volume in the series is now in the starting blocks. Before it appears in ten days, the makers will reveal the first details.

Snow as far as the eye can see: For the first time, the comic heroes Asterix and Obelix are drawn far to the east. No adventure has lured the two Gauls so far into the cold, said the author Jean-Yves Ferri when presenting the first details of the new album in Vanves near Paris.

For Asterix, Obelix and Idefix it is the 39th adventure together.

The final cover of “Asterix and the Greif” was also presented at the meeting. The comic booklet will appear on October 21 in around 30 countries, including Germany.

The trip was not going to a country, but to a nomadic empire that once stretched across Ukraine and Russia, explained Ferri. He added a corner of Mongolia. At the center of the 39th volume, the title of which was announced in March, is an enigmatic animal, half eagle, half lion – the griffin.

It is the fifth album by Jean-Yves Ferri (text) and Didier Conrad (drawings) and the first to be released after the death of the original “Asterix” artist Albert Uderzo. This was the last adventure whose sketches and drafts had yet to be submitted to Uderzo, said Ferri.

5 million copies at the start More on the topic

Uderzo died in March 2020 at the age of 92. He had already retired years before as “Asterix” manager. In 2011 Ferri and Conrad replaced him in this role. Uderzo created the characters Asterix and Obelix in 1959 together with the author René Goscinny. After his unexpected death in 1977, Uderzo went on alone for decades.

“Asterix and the Greif” will start internationally with 5 million copies. According to the publisher, the Asterix series is one of the most successful fiction series worldwide, with around 385 million albums and translations sold in 111 languages ​​and dialects.