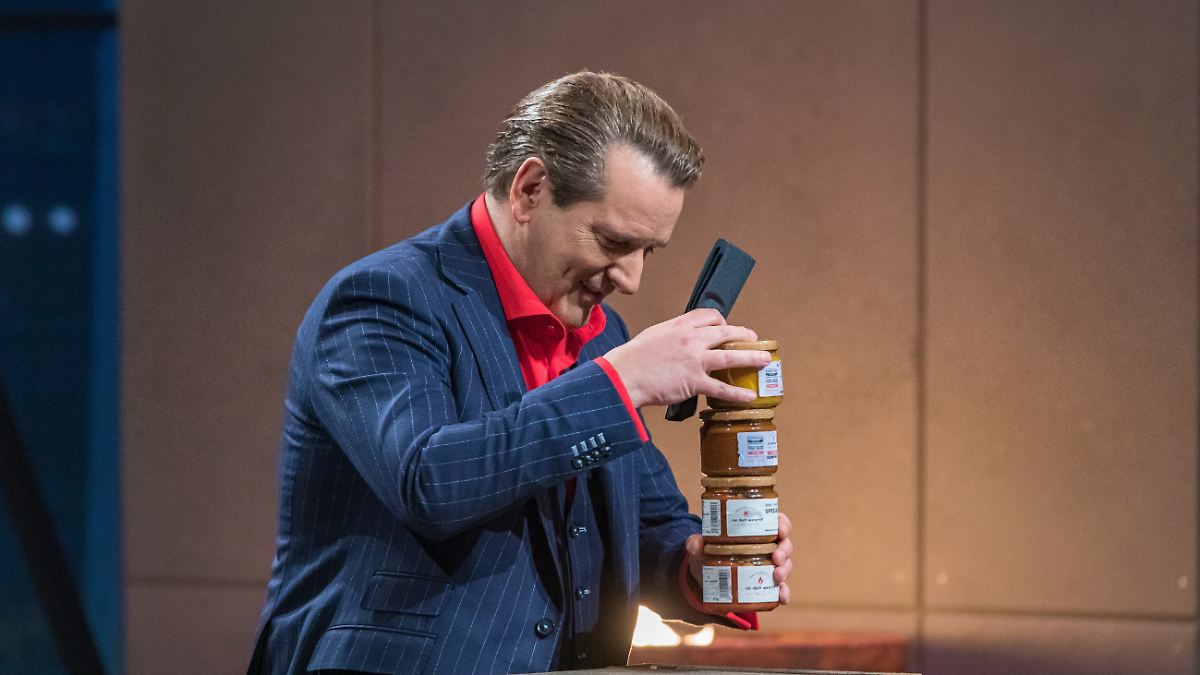 Do cuddly tigers and big cats go together? Can the Duisburg currywurst still be saved? And does anyone want a five million euro deal? This time the lions are concerned with the really important questions in life.

The lions cave is a playground of extremes. Those who, as founders, stand in front of Germany’s most famous investors often have not only a unique product, but also a stirring and impressive development history with them. Katharina Bickel from Munich, for example, moves investors with an adoption story about her cat “Holly” that goes as far as Chicago.

With sustainable and modern, ethically correct cat toys (“Catlabs”) made in far-off Nepal, the cuddly tiger expert arouses the interest of four curious “big cats” (Dagmar Wöhrl, Nils Glagau, Georg Kofler, Ralf Dümmel). After an exciting round of offers, the founder finally decides in favor of the Kofler / Dümmel duo.

PS fan Mike Bökenkröger from Coesfeld (“HACKBOE”) and Victoria Noack from Weinheim (“HealthMe”), who is fighting for more “safety and transparency in the food market”, would like to help their young start-up companies with the help of a lion lift the next higher level. While the former barely missed a deal moment despite a lot of commitment and euphoria, the passionate app programmer and her new business partner Nils Glagau (“Victoria, to victory!”) Throw their arms in the air after the end of the pitch.

Currywurst connoisseur Marco Peters from Duisburg (“Eat WURSCHT”) has not felt like cheering for a long time. With the beginning of the corona pandemic, his food truck company, which specializes in currywurst delicacies, fell into the abyss practically overnight. “This is my last chance today,” admits the 49-year-old Ruhrpott original.

Ralf Dümmel and the currywurst

With a more than down-to-earth deal (49,000 euros for 49 percent of the company’s shares) and lots of delicious currywurst in a one-way glass, Marco Peters starts what is supposed to be his last corporate offensive – with success. Even before every single lion has commented on the pitch, shelf king Ralf Dümmel is already standing in front of the founder with an outstretched hand. Seconds later, one of the most emotional appearances in the history of the Löwenhöhle is not only causing glassy eyes for the Currywurst King from Duisburg.

From the very bottom to the very top it is sometimes only a stone’s throw in the lion’s den. After one of the fairest company evaluations in recent years, the three tech nerds Thomas Gemperle, Pascal Buholzer and Bernhard Winter from Switzerland unabashedly crash the party and put an offer on the table that puts all investors in a brief state of shock. “Now we’re all speechless for the time being,” whispers Dagmar Wöhrl.

Wheelchair technology from another world

The three Swiss are asking for a whopping five million euros for 10 percent of the company’s shares. It would be the highest investment sum in DHdL history. And what for? Well, the three inventors have just started the world’s first stair-climbing electric wheelchair. The astronomical company valuation is quickly only of secondary importance. At the latest when Dagmar Wöhrl practically floats through the TV studio in a self-experiment, it is clear to all those present that “Scewo BRO” is a real “innovation bomb” (O-Ton Carsten Maschmeyer).

“Wow! Wow! Wow!”, Ralf Dümmel cheers. Georg Kofler and Carsten Maschmeyer are also blown away. “You are megalomaniac, but in a constructive sense”, Georg Kofler ennobles the three Swiss. Carsten Maschmeyer even consults briefly over the phone with his Munich business colleagues. This has never happened before in the lion’s den. Should it actually come to the ultimate mega-deal?

The voltage increases. Shortly before the leap into a new deal dimension, the investors then back down. “I would like to, but I cannot put five million euros into a single start-up,” explains Nico Rosberg. And Carsten Maschmeyer also waves it away. In the end, the founders are left empty-handed.

But nobody is frustrated, after all, there was only exuberant feedback from the Lions. One is also certain that the “Scewo BRO” turbo will ignite soon even without the help of a DHdL investor. The last words of the evening belong to Carsten Maschmeyer: “You didn’t build the Tesla, but the Rolls-Royce of wheelchairs!”, Praised the major investor. That’s all.

“Die Höhle der Löwen” runs every Monday at 8.15 p.m. at Vox. The program will be repeated on ntv on Sundays at 3.10 p.m. In addition, it is at all times available on TVNOW. You can also find more information about the program at vox.de.