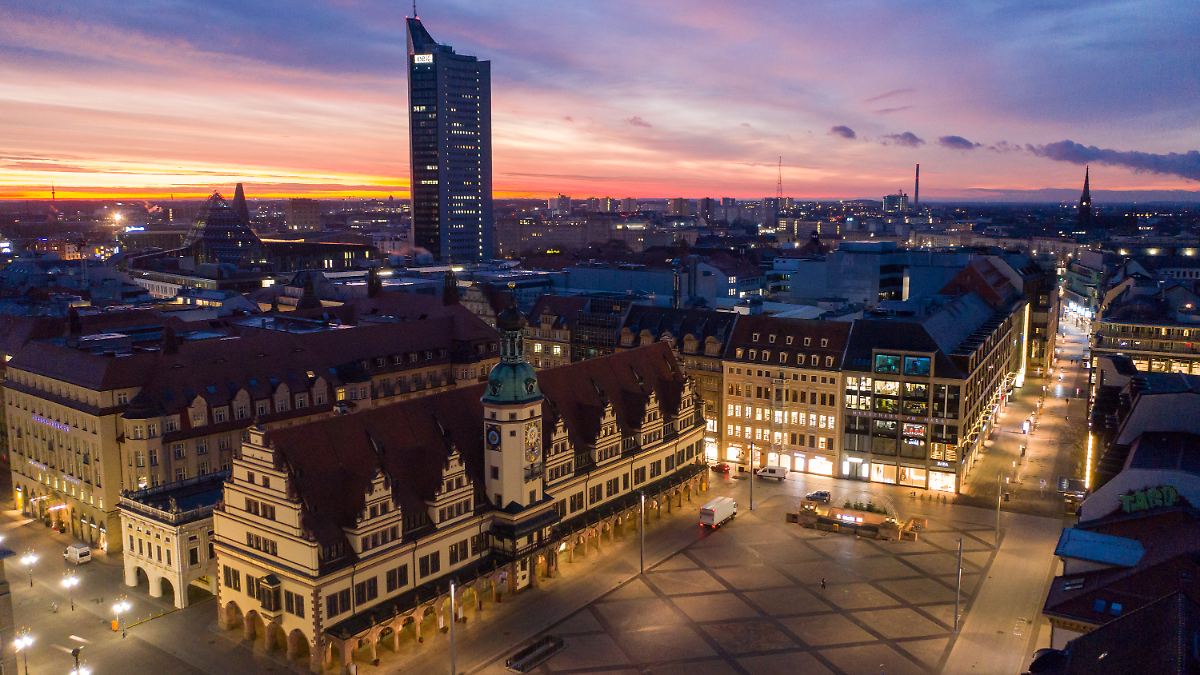 Cooler than Berlin and more popular than Munich: For the makers of the cult travel guide “Lonely Planet”, Leipzig has overtaken other major cities in Germany as the number one travel destination.

Saxony’s largest city, Leipzig, is presented as a top German destination in the new book “Ultimate Travel Destinations Germany – Lonely Planet’s Top 250 List”. “The hype that some people attest to the city is not at all: Leipzig is really cooler than Berlin and more popular than Munich, especially among millennials,” says the travel guide. “The city is young, exciting, multifaceted, sometimes colorful, sometimes gray, with a vibrant liveliness.”

Lake Constance follows in second place of the top destinations and the Elbphilharmonie in Hamburg in third place. “Everyone wants to go to the city of the first GDR Monday demos, the home of Auerbachs Keller (Goethe and Faust, you know), the city of street art, the Wave-Gotik-Treffen and a creative scene all about cotton spinning, the is looking for its own kind “, the authors also write about Leipzig.

Elbphilharmonie is not a disaster

The highly praised destination (book quote: “Touri program between Thomaskirche, Mädler-Passage, Altem Rathaus and Völkerschlachtdenkmal”) is Germany’s eighth largest city – after the four million metropolises Berlin, Hamburg, Munich and Cologne as well as the cities of Frankfurt, Stuttgart and Düsseldorf. After Leipzig are Dortmund and Essen, followed by Bremen and Dresden.

The “Lonely Planet” authors write about their second place, Lake Constance: “It is the combination of its advantages that put the” Swabian Sea “ahead. The many beautiful places on its shores: Lindau, Meersburg, Überlingen or Konstanz and some more, often surrounded by lush orchards. ”

And for third place, the Hamburg Elbphilharmonie, which has been an irresistible visitor magnet since 2017, it says: “This glass work of art, which swings like a frozen wave into the sky above the Hamburg harbor, is no longer from the skyline of the Hanseatic city to be imagined. ” However, it is also noted that “for a long time it looked as if the Elbphilharmonie project would end in disaster: ten instead of three years of construction and a tenfold increase in construction costs”. But now it is fantastic to look at.

What comes after the top 3

The Wadden Sea (“A trio of national parks protects this water landscape, which together with the Dutch part covers almost 12,000 square kilometers and is unique in the world in this size”) ranks fourth among the ultimate goals for Germany, and the Klimahaus Bremerhaven exhibition building ranks fifth (” It makes it possible to experience how diverse the habitats on our planet are “). Behind it are the picturesque Eltz Castle (Rhineland-Palatinate), Germany’s highest peak, the Zugspitze near Garmisch-Partenkirchen (Bavaria), the Berlin Museum Island, the Elbe Sandstone Mountains in Saxony and the pretty Quedlinburg in Saxony-Anhalt.