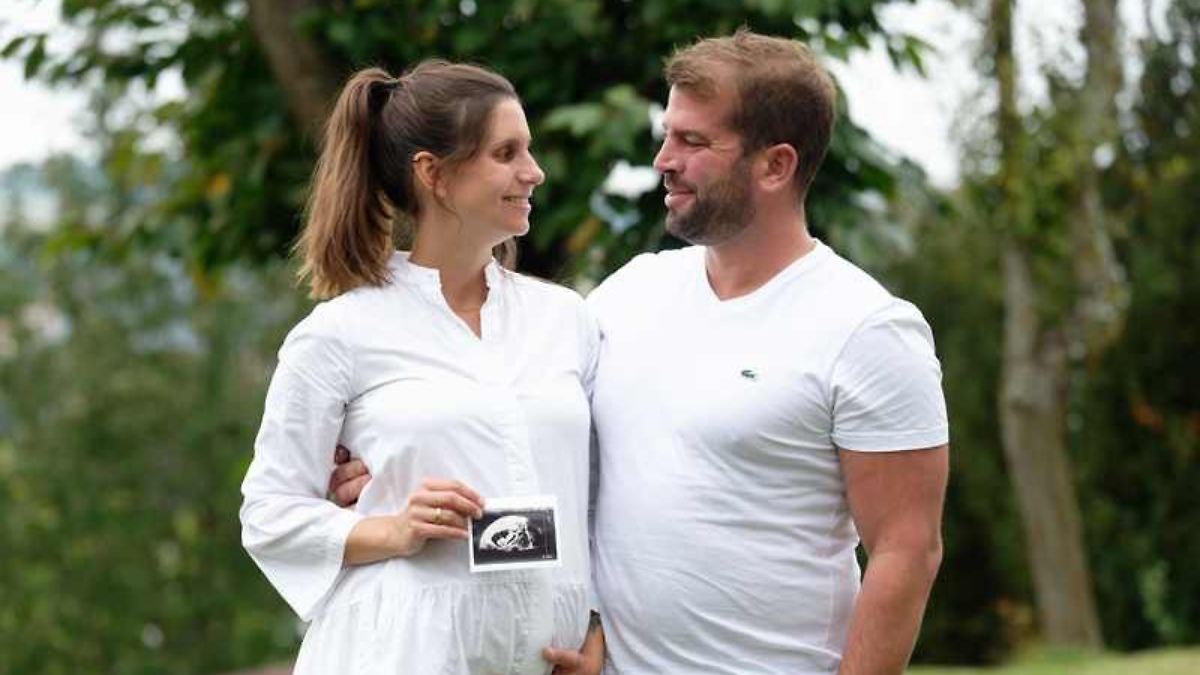 It doesn’t always work naturally with the desired child. There are many reasons for involuntary childlessness. And just as many treatment options. A victim tells about her journey. Your wish: artificial insemination should no longer be a taboo.

“Having children will be difficult for you.” This sentence fits. Carolin Volk heard him at the age of 18 – from her gynecologist. The diagnosis is: Polycystic Ovarian Syndrome, or PCO for short. It is the most common hormonal disorder in women. Volk has egg cells, but no ovulation. The thought of children? At the age of 18, she first pushed him far away. But at some point it suddenly appears, the desire to have children.

Egg cells are prepared in a fertility practice.

An agonizing time begins for the people and their husbands. You want a baby, but it just doesn’t work the natural way. The 29-year-old suddenly sees only prams, baby bumps and happy parents everywhere. Why does it have to be so difficult with them?

There are many possible reasons for involuntary childlessness. In women, it may be problems with the functionality of the fallopian tubes, adhesions in the uterus or an infection with chlamydia. In men, for example, there could be an inadequate sperm concentration or quality as well as poor sperm mobility, according to the expert.

“The main reason for an unfulfilled desire to have children, however, is the age of the women,” says Krüssel. Women who visit his fertility center are on average 37.8 years old. This figure from Düsseldorf fits in with the nationwide statistics: More and more women in this country are having their first child in their fourth decade, as figures from the Federal Statistical Office show. In 2018, the mothers of 48 percent of firstborn babies were between 30 and 39 years old.

The egg cells age with it

It is by no means a matter of course that women from the age of 30 and up can get pregnant without any problems, says Prof. Rudolf Seufert from the TFP Fertility Center in Wiesbaden. “The woman’s egg cells are created at birth and age with her,” he explains. The older the egg, the more likely it is that the mature egg has too many or too few chromosomes – one of the main causes of infertility or miscarriages.

In order to be able to have a child despite illnesses, functional disorders or old age, there are numerous treatment options: They range from hormonal stimulation to insemination – in this case the man’s semen is transferred directly into the uterus – to artificial insemination.

“Which treatment is right for a couple is a highly individual decision,” says reproductive medicine specialist Seufert. “Sometimes there is really just a lack of knowledge about when sexual intercourse has to take place.” Couples would receive extensive advice at the fertility center. You should consult the gynecologist and urologist beforehand. Seufert: “Both partners should be examined in parallel.”

Volk and her husband also find themselves in a fertility center after the gynecologist issued a referral. Because of their PCO syndrome, which according to Seufert around five percent of all women have, everything went very quickly with the Cologne couple. If there is no known disorder and a woman is under 35 years of age, couples can usually try to get pregnant naturally for a year – as recommended by the World Health Organization (WHO).

“However, from the age of 35, couples shouldn’t wait that long,” says gynecologist and UniKiD director Krüssel. “The fertility of women then decreases significantly, so that valuable time should not be lost.” He illustrates: “The probability that a healthy 40-year-old becomes pregnant if she has intercourse at the optimal time is only eight percent. If she waits a year, the probability drops again: to three to five percent.”

Artificial insemination – that’s how it works

There is only one way for Volk and her husband to have a dream child: In-Vitro-Fertilization (IVF), also known colloquially as artificial insemination. In this process, fertilizable egg cells are removed from the woman, which are placed in a nutrient solution and fertilized with the partner’s sperm cells. Before this, hormone treatment is usually necessary for the woman.

In vitro fertilization is a commonly used treatment method. According to the German IVF register, over 900,000 cycles were carried out in Europe per year in 2018 and 2019. Every year around 200,000 children across Europe are born after this treatment. After Russia and Spain, Germany is the country with the most interventions. “Artificial insemination is an effective way to get pregnant,” says Seufert. Depending on the age of the woman and the disorder present, he estimates the probability that it will work within three attempts at 75 to 80 percent.

In addition to the IVF method, there is also artificial insemination via intracytoplasmic sperm injection (ICSI). A sperm cell is inserted directly into the egg cell with the help of a cannula. It can be used, for example, if the sperm quality is very poor.

The financing of fertility treatment is clearly regulated in Germany. Age plays an important role in this. Statutory health insurance companies cover at least 50 percent of the costs for up to eight inseminations and three artificial inseminations if the woman is between 25 and 40 years old and the man is not older than 50 years. And: the couple must be married. Specifically, this means: For an insemination, the partners have to pay EUR 150 to EUR 200 of their own contribution. For artificial insemination it is around 1500 to 1800 euros per attempt.

If the partners are privately insured, the so-called polluter pays principle applies. The question is: which of the two causes infertility? If the causes are, for example, the privately insured man, his insurance company pays all the costs of the treatment – even if the woman is legally insured. Pros: The couple does not have to be married and there are no age restrictions. In addition, private health insurance pays for as long as there is a “sufficient probability of success,” says Jan-Steffen Krüssel. This means that women can be 42 or 43 years old.

But it can also get complicated. For example, if the man is legally insured as the causer of infertility and the woman is privately insured. “Now the private insurance company tells the woman that she is not responsible according to the polluter pays principle because the woman is healthy,” says Krüssel. The man’s health insurance only pays for the necessary examinations and treatments for the insured person. As a rule, that’s 25 euros – half the cost of sperm processing.

In this case, nobody feels responsible for insemination or IVF. “Such couples fall completely through the grid,” criticized Krüssel. “And that helped reduce IVF treatments by 50 percent when the health reform was introduced in 2004.” There are many couples who cannot afford fertility treatment. The costs are extremely high for self-paying people. Artificial insemination using the IVF method can cost around 3700 euros, according to Stiftung Warentest, and even 5000 to 10,000 euros with the ICSI method.

Success on the first try

Volk and her husband are lucky: Both are legally insured and it actually works on the first IVF attempt. When the young woman found out about the pregnancy on the phone, the joy was enormous. “I was relieved of a lot of tension. The many days of waiting for the call put a lot of strain on me.”

Volk appreciates the fact that everything went smoothly for her. “Artificial insemination is a complex, nerve-stressing and expensive way,” she says. But to go without him, she would not be able to wait for her baby now. Volk is open about their artificial insemination. She shares it with others on Instagram. “I would like fertility treatments to get out of the taboo corner,” she says. “There is not just one way to have a child.”