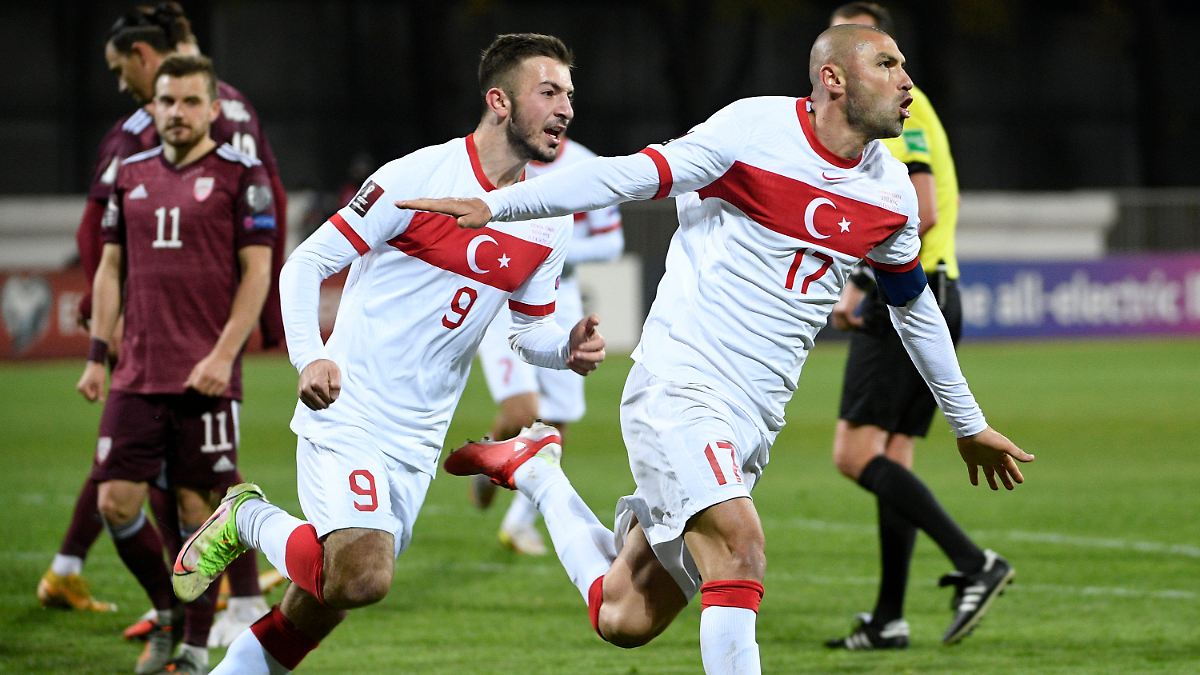 The chances for Stefan Kuntz to lead Turkey to the 2022 World Cup are not great. In Latvia, however, his team preserves this at the last second. Romania uses Germany’s victory, while runner-up Croatia surrenders the championship lead.

In the shadow of Germany’s premature qualification for the 2022 World Cup, Stefan Kuntz preserved the small chance of participating in the 2022 final in Qatar with his first victory as Turkish national soccer coach. The former European coach of the German U21s and his new team in Group G in Latvia won 2: 1 (0: 0) in the last second. Nevertheless, Turkey is only third behind the Netherlands (6-0 against Gibraltar) and Norway (2-0 against Montenegro).

Three days after his debut in a 1-1 draw against Norway, Kuntz was initially lucky that his team did not fall behind due to Antonijs Cernomordijs (7th). The Turks then took control, but Merih Demiral made an own goal (70th). The former Bundesliga professional Serdar Dursun (75th) and Burak Yilmaz with a penalty (90th + 9th) caused the turnaround.

For the World Cup ticket, the Kuntz team still has to win two victories against Gibraltar and Montenegro in November: Turkey has 15 points, Norway (17) in playoff rank two must lose one of their last games. Leader of the Netherlands (19) is almost through.

In the meantime, Romania brought themselves into pole position for the race for the playoff place in Germany’s Group J with a 1-0 (1-0) win against their direct rivals Armenia. The Eastern Europeans go into the last two games behind the German team with one point ahead of North Macedonia and Armenia and can qualify for the knockout games for a World Cup place on their own.

BVB professional scores with a clear victory for Oranje

Unlike Germany, Belgium will have to wait for their World Cup qualification in Group E. Because Estonia did not provide the hoped-for shooting aid for the world number one in the 0-1 (0-1) against Wales, the Red Devils could still be intercepted by the Welsh with five points ahead in the final sprint to win the group.

In Group H, vice world champions Croatia are threatened with a tremendous match. The Balkan team did not get more than 2: 2 (1: 2) against Slovakia and lost the championship lead to Russia, which was a cushion with their simultaneous 2: 1 (2: 1) win in Slovenia before the final two encounters of two points on the Croatians. The duel between the two top teams on the last day of the match may be a “final” for the direct ticket to Qatar.

In the runaway victory of Oranje, Dortmund’s Bundesliga professional Donyell Malen was also on the list of goalscorers alongside “double packer” Memphis Depay. For Norway, instead of Dortmund’s injured exceptional striker Erling Haaland, Mohamed Elyounoussi slipped into the role of the match winner with two goals.