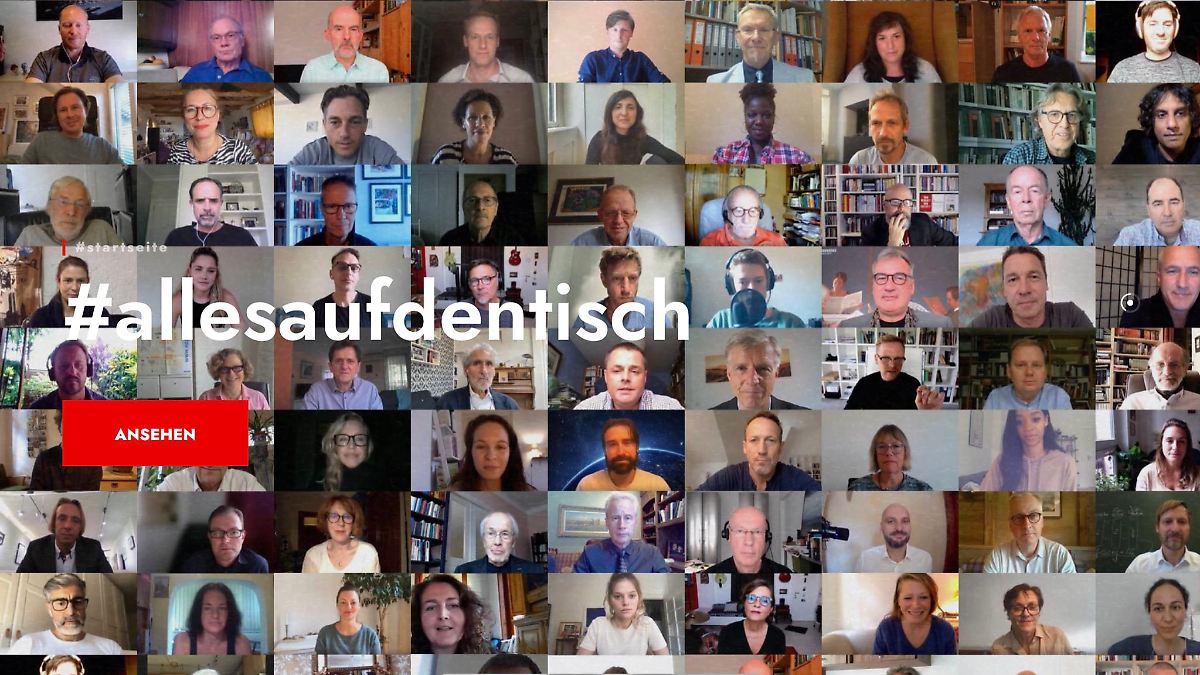 With a new artist campaign, several celebrities want to draw attention to alleged grievances in the pandemic. Dozens of videos are posted on YouTube as expert interviews – but the video portal sees violations of its own guidelines.

According to a media report, the video platform Youtube deleted videos of the anti-government action #allesaufdentisch. In it, numerous artists and actors such as Volker Bruch and Wotan Wilke Möhring had interviews with experts on topics that, in their opinion, were neglected in the corona crisis.

As the “Bild” newspaper reports, Youtube has now informed the artists that the videos violate the “guidelines on medical misinformation”. According to the platform, “allegations about vaccinations against COVID-19 that contradict the unanimous expert opinion of local health authorities or the World Health Organization (WHO)” are problematic.

The approximately 50 videos have titles such as “Collective Anxiety Disorder”, “Masks”, “Freedom of Expression”, “Purchased Research”, “Definition of Truth” and “Child Welfare”.

Specifically, according to the report, these are interviews on the subjects of incidence and anxiety with the Leipzig mathematics professor Stephan Luckhaus and the neurobiologist Gerald Hüther. The initiator of #allesaufdentisch, actor Volker Bruch, now wants to take legal action against YouTube. “We try to get into conversation with people. That is democracy. To wipe out our voices is the sad opposite of that,” Bruch told “Bild”.

In the other clips, Bruch, Möhring and others talk to various interlocutors – for example from science – about medical and social aspects of the pandemic. Bruch had caused discussions in the spring as a participant in the #allesdichtmachen campaign. Most of the prominent names from the first campaign are not included this time.

In the videos, some people who are experts in their field have their say, including the medical statistician Gerd Antes and the virologist Klaus Stöhr. Their voices were regularly heard in major media during the pandemic. However, several of the interlocutors have already attracted attention through statements that play down the risk of the corona virus.