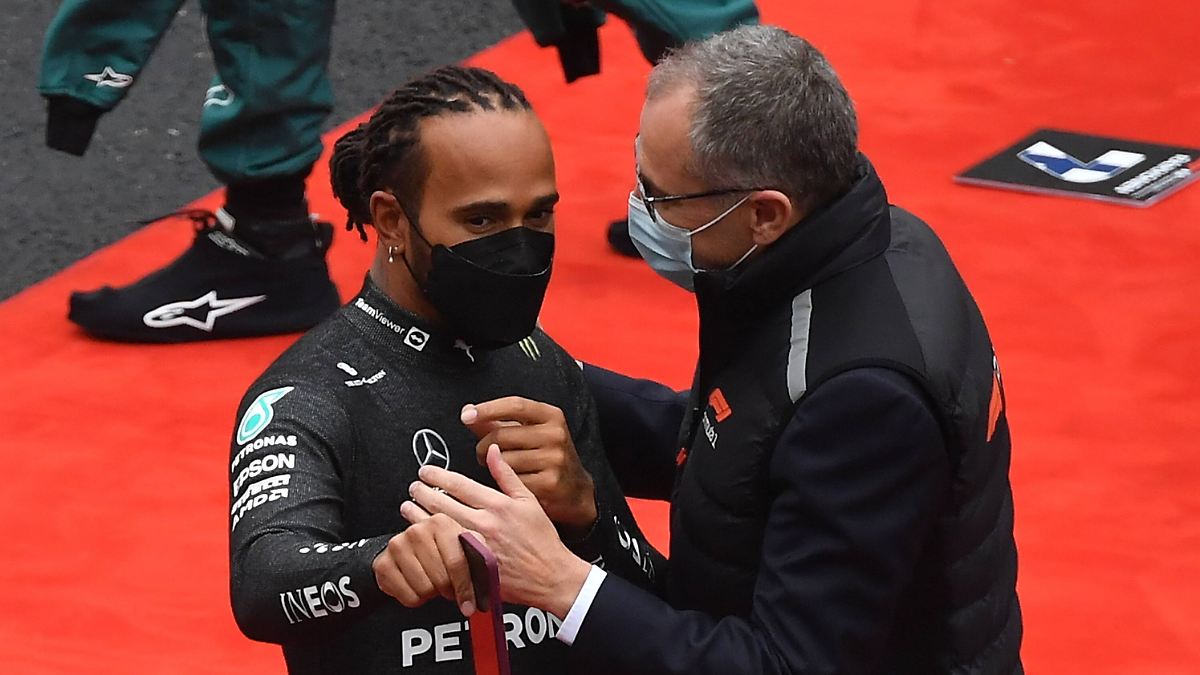 Turbulence in Formula 1: A controversial Mercedes strategy in Istanbul angered Lewis Hamilton. Can that cost him the title? Max Verstappen leaves Turkey again as World Cup leader. But Red Bull is brooding. Is it only your nerves that decide in the final sprint?

After falling from the top of the World Cup, Lewis Hamilton appeared chewing gum for his last media round in Istanbul. The English Mercedes driver presented himself casually even after Max Verstappen regained the Formula 1 leadership with Red Bull. However, Hamilton had previously applied a controversial team strategy and, in his opinion, a lack of willingness to take risks. In the one-millimeter duel for the title, no mistakes are forgiven in the only six remaining Grand Prix.

“I’m someone who takes risks. That’s why I wanted to risk it,” emphasized Hamilton, who on Sunday in third place obeyed the instructions of the command post in the final phase of the race and came to the pits for the only tire change in the rain. “My gut feeling was that I should have stayed outside,” he complained. “I am therefore frustrated for not following my instincts.”

Degrading rubbers and fears of failure had forced strategists to act. Hamilton wanted to go through, however, fifth place in the end threw him six points behind the new World Cup leader Verstappen. “Lewis lost the championship lead after his Mercedes team acted like rabbits and called him to a pointless pit stop,” criticized the Daily Mail in England, calling it a “fateful decision with all its possible repercussions. who in the end wears the crown “.

“We have thick skin”

Mercedes was concerned with Hamilton, who had started from eleventh after a penalty transfer, to limit the damage. “With the risk of having a flat tire and thus losing ten points or being eaten up in the end, you didn’t win anything in the end,” said team boss Toto Wolff about the risk of a zero-stop race. Hamilton’s failure would have been “obviously catastrophic”.

In return, the command post also accepts a star foaming over the radio. “We have thick skin and understand that the driver is frustrated with the situation. In retrospect, however, he will understand,” said Wolff, who, however, had described an early stop by the seven-time world champion as probably the “right choice”. Just two weeks ago in Russia, a late tire change gave Hamilton its 100th Grand Prix victory.

“I don’t feel any pressure, I’m relaxed,” said the 36-year-old before leaving. “I just don’t like losing points.” Verstappen also assures that the hunt for his first title does not feel too much tension. “It doesn’t change anything for me whether I finish first or second at the end of the day,” said the 24-year-old. But hopefully it will be enough for the World Cup in the end. If not: “I don’t sleep less.”

Red Bull has been warned after the Silver Arrows’ recent appearances. “What worries us is this unbelievable top speed from Mercedes on the straights, that’s been the case since Silverstone and seems to be growing,” warned Red Bull motorsport advisor Helmut Marko. “I don’t know if our people have an antidote.”

Red Bull will do everything in its power to find a solution. A premature World Cup decision seems impossible. According to Wolff, possible failures will make all the difference in the title fight. “I’m cautiously optimistic about the future,” said Wolff, who now praised “a really good package” at Mercedes. He is sure: “It will be very close to the end.”