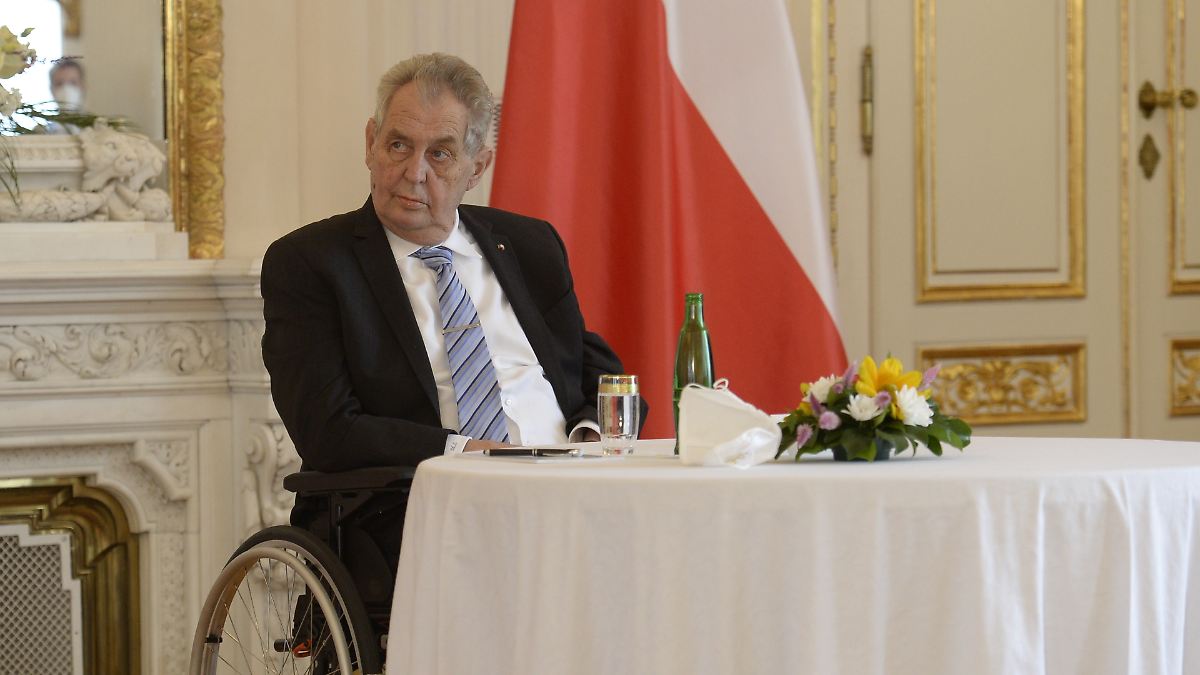 After his admission to the intensive care unit, there is concern for the health of Czech President Milos Zeman. His doctors are cautiously giving the all-clear. Zeman’s condition has stabilized. How the formation of a government will continue after the parliamentary elections remains unclear.

According to his doctors, the Czech President Milos Zeman is in a stable condition. This was announced by a spokeswoman for the military hospital in Prague, according to the CTK agency. The 77-year-old was brought to the clinic’s intensive care unit on Sunday – one day after the parliamentary election, in which the liberal-conservative opposition won a majority of the seats in the House of Representatives.

Given the unclear state of health of the head of state, the Czech Republic threatens a time of uncertainty. The president plays a crucial role after the election because he is responsible for forming a government. The constitution does not formally make any regulations. Zeman is considered a close ally of the incumbent populist Prime Minister Andrej Babis. A spokesman for Zemans said his hospital stay would not jeopardize exploratory talks between the parties after the election. Above all, the President needs rest now.

In the parliamentary elections, the opposition secured a total of 108 seats under top candidate Petr Fiala. The ANO von Babis received 72 seats, the ultra-right freedom and direct democracy to 20 of the 200 seats in the House of Representatives.