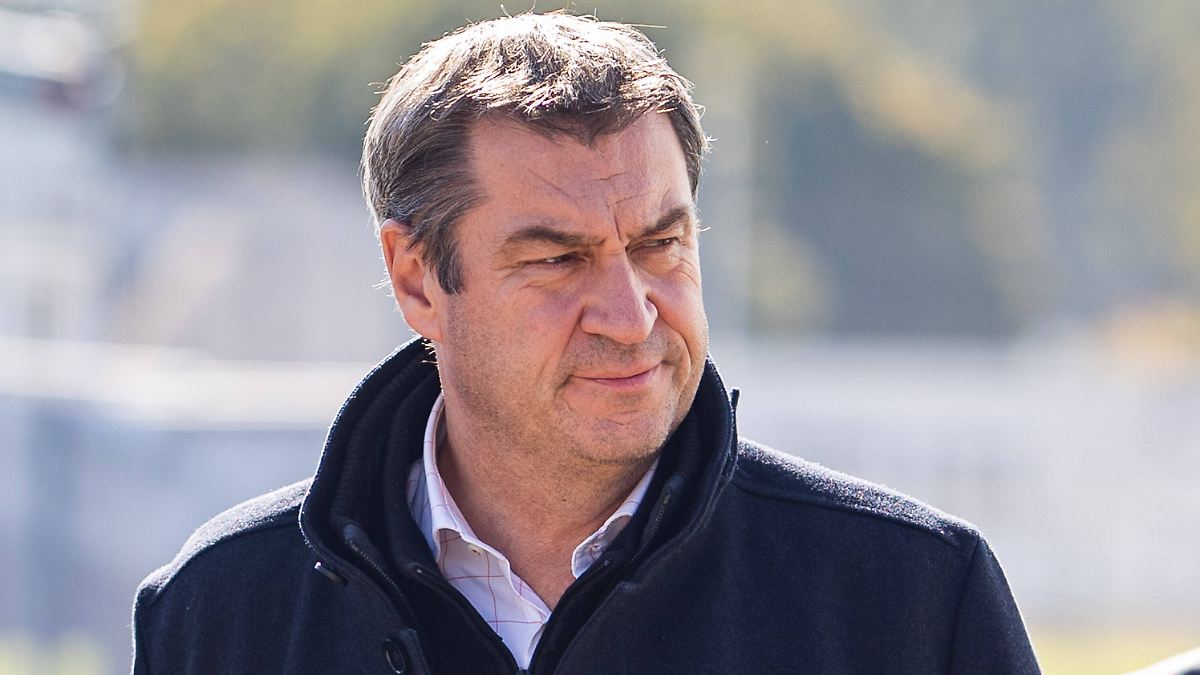 Not only from the CDU, the criticism of Söder’s swipes against Laschet is getting louder. Even in the CSU it is starting to rumble. The Bavarian party leader has to reinvent himself, otherwise the next setback in the state elections in autumn 2023 threatens.

After the election debacle, the CDU is in ruins and knows that it has to renew itself from the ground up. While the party wants to have its entire top re-elected, as it decided on Monday, CSU leader Markus Söder has so far got away with it. He also contributed to the severe loss of voice. Not only CDU representatives have long been blaming Söder, critical voices are increasing even within their own ranks. At least now, he should be worried about the state elections in two years’ time.

Söder’s brilliant polls over the past few months hide the fact that although he appears to be the strong man, he has not yet been able to deliver. In the state elections in 2018, the CSU lost an absolute majority. In the local elections last year, the party fell on its worst result in nearly 70 years. In the federal elections it also got the worst result since 1949. Even if the election result was largely due to the Chancellor candidate Armin Laschet, the responsibility cannot be completely shifted to Berlin.

Because the CSU has just as big a deficit in terms of content as its sister party. What do the Christian Socials still stand for today? The second strongest force in the state and local elections were the Greens. Is that why Söder has been promoting climate protection since then? Not only at this point does the 54-year-old seem like an opportunist. His unpredictability also stood in the way of his candidacy for chancellor. The top of the CDU could at least have imagined a more reliable CSU candidate.

One-man show instead of team play

In the Corona crisis, Söder gave the tough dog and was valued by many for it. This is one of the reasons why so many citizens across Germany are likely to have seen him as a potential chancellor. However, his measures to contain the corona virus were no more successful than those of other prime ministers. Bavaria did not shine here with good numbers, but was often at the bottom of the country comparison. The proximity to the border and tourism probably also played a role, but Söder had just as little control of the pandemic as other country leaders. The Bavarians are also lagging behind when it comes to vaccination rates.

The CSU – like the CDU – did not manage to become younger and more modern under Söder. So demanded the Bavarian Young Union at the weekend a “powerful, fresh team” – without the “strong draft horse Markus Söder”, who had previously been in their declaration on the processing of the federal election.

Armed for more team play, Söder has long been a lone fighter. Whoever visits the CSU homepage is presented with his or her portrait first, with this offer: “Support Markus Söder? Possible with us!” Below is the link to the application form for online membership. No other party represented in the Bundestag puts on such a one-man show.

Söder would do well to give himself and his party a complete overhaul as well. As often as he has already reinvented himself, he might well succeed.