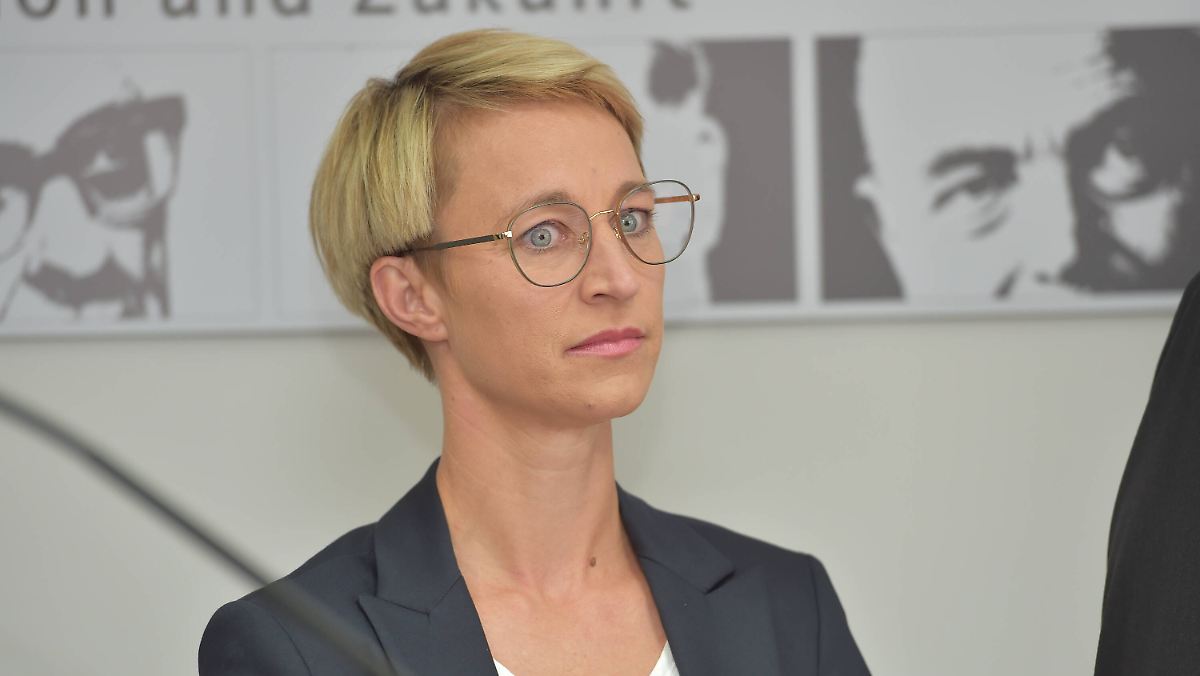 Merz, Röttgen, Linnemann – while the CDU leadership is debating its reorganization, the names of men in particular are mentioned. But the female members also want to have a say in the renewal of the party. Meanwhile, the CDU is falling even further in favor of the voters.

When the CDU is reorganized, women insist on more power and influence. “We have had too few women in parliament and party for years. We have to get more,” said the previous vice-chairman of the Union parliamentary group in the Bundestag, Nadine Schön, of the “Rheinische Post”. The gender of the future chairman or chairman is of secondary importance. Somebody is needed “who will bring the party together and position it more broadly,” said the CDU politician. Nevertheless, the party had female leaders for a long time. “That was good for the party.”

The chairwoman of the Women’s Union, Annette Widmann-Mauz, emphasized to the editorial network Germany (RND): “The repositioning of the CDU in Germany can only succeed in terms of content, personnel and structure with the women in the party.” The Women’s Union is participating in the process that has now been initiated with a conference of female representatives and representatives. This will take place soon. All female members of the CDU belong to the Women’s Union.

Meanwhile, a new low in the polls for the CDU and CSU is emerging after the lost federal election. According to a recent Insa survey, the Union has now slipped below the 20 percent mark. In the “Sunday trend” of the opinion research institute for “Bild”, the CDU and CSU lose one and a half percentage points compared to the previous week and come to 19.5 percent. This is the lowest value ever measured by the Insa opinion trend for the Union.

The CDU wants to re-elect the entire federal executive committee at a special party conference. This was decided unanimously, said CDU General Secretary Paul Ziemiak on Monday after deliberations of the top committees in Berlin. In the ARD “Tagesthemen”, Ziemiak replied to the question of whether Laschet would not remain party leader under any circumstances: “That’s how it is.” At the moment he does not see that there are opportunities for Jamaica, i.e. a coalition of the Union, Greens and FDP, said Ziemiak. However, if the Greens and the FDP want to hold talks, Laschet is the contact person for the CDU. “How we would then equip a federal government, then we would discuss together as CDU and CSU.”

CDU federal board member Mike Mohring spoke out in favor of a package solution for the new CDU top. He told the “Bild” newspaper: “It will be exciting because it is about the question of the party chairman, the general secretary and the parliamentary group chairman – I can only recommend my party to look at these packages as a whole in order to achieve pacification. Otherwise we will talk in January on the party chairmanship and in March on the parliamentary group chairmanship. “

The deputy CDU federal chairman Thomas Strobl warned against only exchanging heads in the party. “We must not stop at the personnel renewal, but also have to add content,” he told the “Stuttgarter Zeitung”. “Our result shows that many voters no longer knew how the values ​​of the CDU, behind which we still stand, translate into the new era.” The federal party congress should therefore revive the initiated process for a new basic program of the CDU. According to Strobl, all members should also be involved in the preparation and adoption.

Possible applicants for the top of the CDU are economic politician Friedrich Merz, Minister of Health Jens Spahn, foreign politician Norbert Röttgen, parliamentary group leader Ralph Brinkhaus and economic politician Carsten Linnemann. In the CDU it is still disputed how big the role should be that the party base will play in the upcoming generation change.