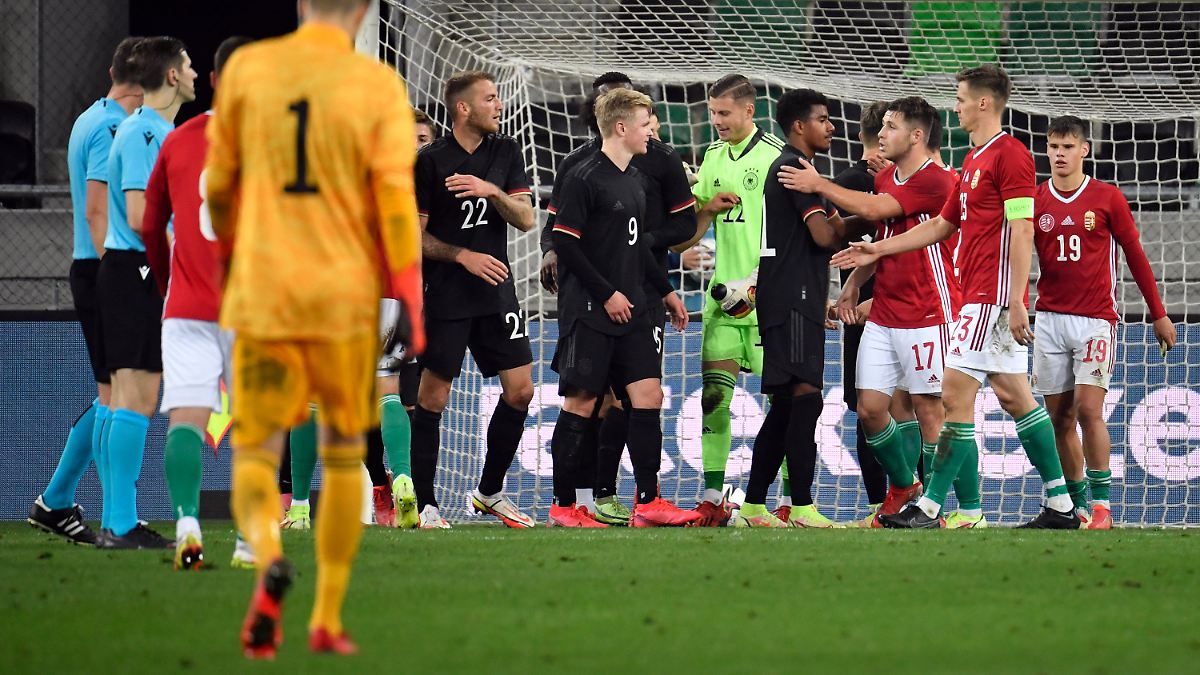 The upheaval at the European champions seems to be working: With a new coach and new staff, the German U21 team remains unbeaten for the 14th time in a row. An impressive victory succeeds in Hungary, which ties in with the “very positive memories”.

Second game, second win: The German U21 national team has made a perfect new start under their new head coach Antonio Di Salvo. The defending champion won the European Championship qualification in Hungary 5: 1 (2: 1) and seamlessly continued the era of success under Stefan Kuntz. The most important German junior team remains unbeaten in the 14th game in a row.

Five days after the dramatic 3-2 victory over Israel, Kevin Schade (5th / 90th) and Malik Tillman (32nd) led the DFB selection to a sovereign success in Szeged, Erik Shuranov (54th) and Tom Krauss (65th) .) increased in the second half. With twelve points and 17: 4 goals from four games, Germany greeted confidently from first place in Group B. Tamas Kiss (39th) was successful for the Hungarians.

Di Salvo made a change in the starting line-up: left-back Noah Katterbach from 1. FC Köln replaced Luca Netz from Gladbach after his assist against Israel. In addition to the departed Youssoufa Moukoko (muscle injury) and Roberto Massimo (corona infection), Shinta Appelkamp was also canceled before the game due to illness. Follower Ansgar Knauff from Borussia Dortmund celebrated his U21 debut.

Before the kick-off, Di Salvo had wallowed in “very positive memories of Hungary” at ProSieben Maxx, because here the U21s laid the foundation for the later European Championship title in March with a 3-0 opening win against the hosts. “We now want to build on this with the younger generation,” demanded the then Kuntz assistant – and his team delivered.

It will continue in four weeks

With a dominant initial phase, the DFB talents put the hosts from Hungary under direct pressure and promptly scored through the Freiburg Schade. The offensive around captain Jonathan Burkardt sprayed a lot of joy in the game, Bayern attacker Tillman consequently increased to 2-0 after presenting Schade.

Shortly before and after the half-time break, however, the newly formed selection showed itself to be vulnerable on the defensive as against Israel. Although Di Salvo had warned of the hosts’ counterattacks, his team again conceded a goal after a switch action by the opponent, in the end Kiss pushed in free-standing in front of Luca Philipp. In the course of the second round, the Di-Salvo-Elf stabilized again and made the decision.

The next U21 course will follow in a month with further qualifying matches for the 2023 finals in Romania and Georgia. Then the three-time European champions will host Poland (November 12th) and San Marino (November 16th).