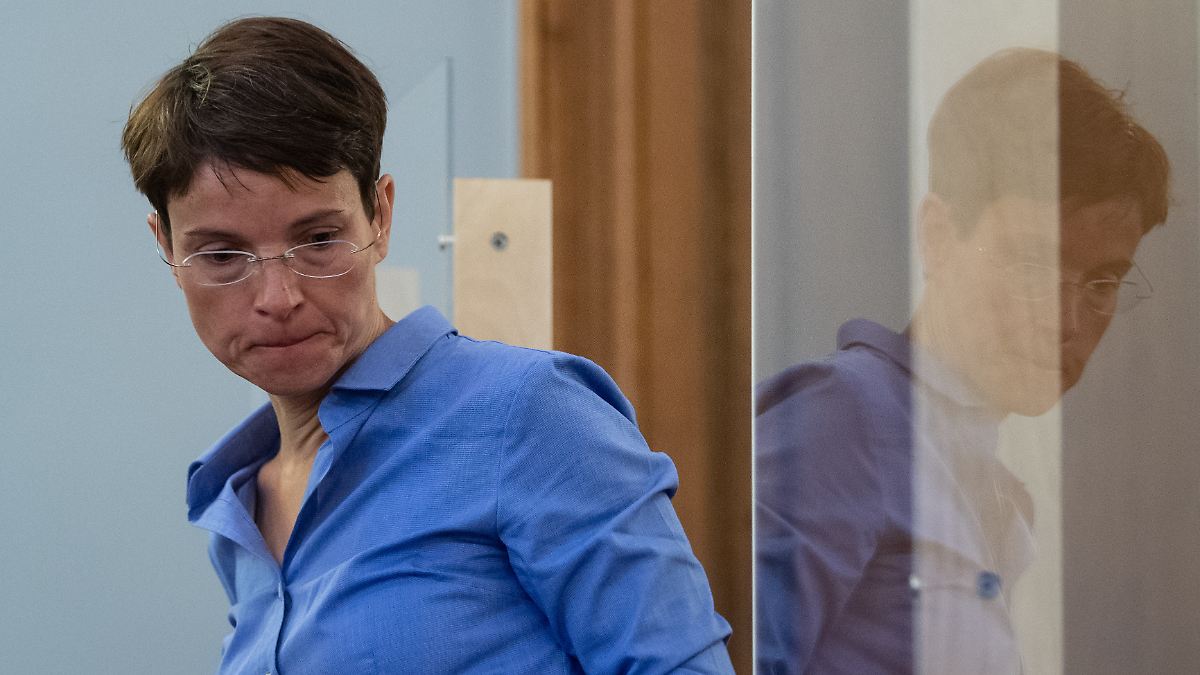 After the district court of Leipzig acquitted the former AfD chairwoman Petry of fraud allegations, the public prosecutor’s office successfully went into appeal: According to a judgment by the regional court of Leipzig, Petry had to pay more than 11,000 euros for the misappropriation of funds.

In the appeal process against Frauke Petry for fraud allegations, the former AfD boss was sentenced to a fine. The Leipzig Regional Court found Petry guilty of subsidy fraud, breach of trust and tax evasion and sentenced her to 150 daily rates of 75 euros each, as a court spokesman said. This brings the fine to a total of 11,250 euros. 30 daily rates of this are already considered to have been settled.

In addition, the district court ordered a so-called recovery of value compensation in the amount of 9520 euros. The regional court thus overturned a ruling by the Leipzig District Court, which Petry had acquitted of the fraud allegations in January 2020. The public prosecutor had appealed against it. An appeal at the Higher Regional Court in Dresden is also possible against the current judgment.

In 2014, Petry is said to have misappropriated funds for crisis advice from her company at the time for her personal bankruptcy. She left the AfD in 2017 immediately after the federal election after internal power struggles. With the general election she left parliament.