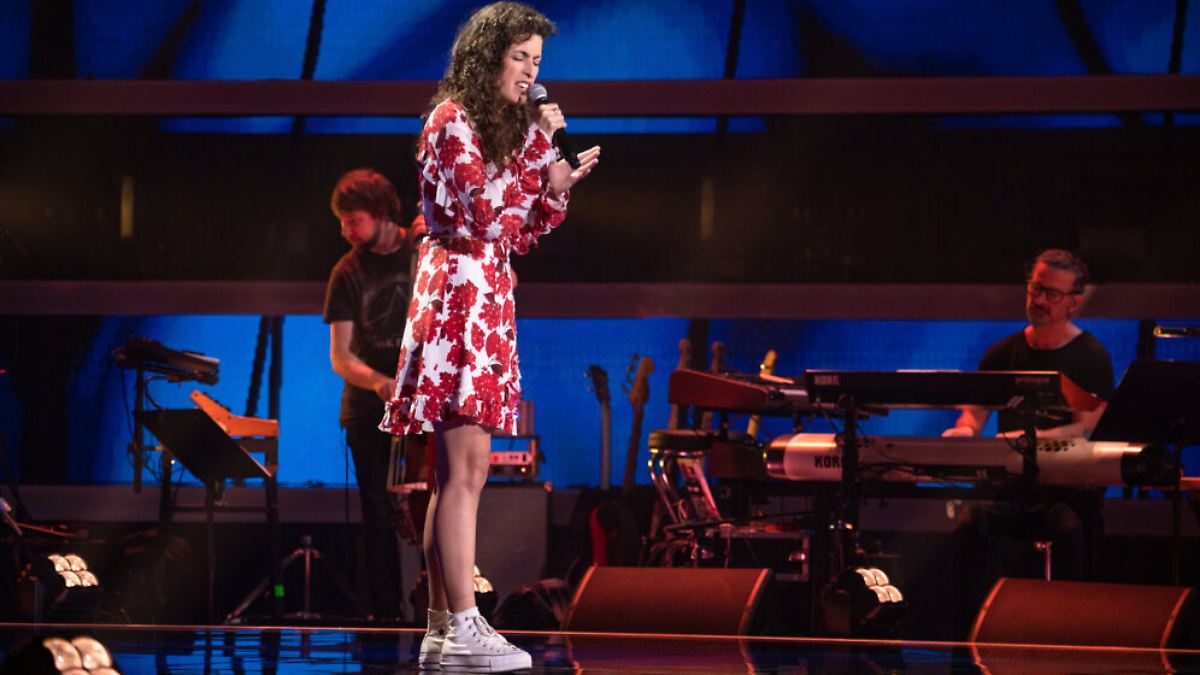 It was already known that former participants of “The Voice of Germany” advanced to the Eurovision Song Contest. But vice versa? Ann Sophie, who represented Germany at the ESC in 2015, is now responsible for this premiere. She hopes to convince the coaches only with her voice.

Singer Ann Sophie appears in “The Voice of Germany”. This Thursday she will be featured in the third edition of the Blind Auditions on the Pro7 show. “I thought for a long time whether I dare to take part here. For me, ‘The Voice’ is the step to show me again and give me a second chance,” explains the 31-year-old according to the broadcaster.

In 2015 she represented Germany at the ESC.

In 2015 Ann Sophie competed for Germany at the Eurovision Song Contest (ESC) in Vienna with the song “Black Smoke”. Not a single point jumped out for their performance back then. She traveled home last placed. “After that, it’s just a stop. I thought that was it. Who wants to play a musical with a loser?”, She recalls.

It wasn’t until three years later that she sang again for engagements. She used the pandemic year to write and produce music herself. Now the TV appearance follows, with which she wants to remove the doubts: “If someone turns around, I know that I am right on stage.” The coaches Sarah Connor, Nico Santos, Mark Forster and Johannes Oerding sit in the show.

Ann Sophie had taken on an extremely ungrateful role at the Song Contest. After the actual winner of the preliminary decision, Andreas Kümmert, announced his withdrawal from the ESC participation in front of the cameras, she jumped in for him.

But otherwise the appearance of Ann Sophie, whose real name is Ann-Sophie Dürmeyer, is part of a whole series of bankruptcies, bad luck and mishaps at the contest in recent years. Jamie-Lee, who competed for Germany the following year after her, also only landed last place with “Ghost”, followed by singer Levina, who was ESC penultimate in 2017 with her song “Perfect Life”. Michael Schulte provided a ray of hope when he emerged fourth in the competition in 2018 with “You Let Me Walk Alone”.

Jamie-Lee and Michael Schulte made it onto the international ESC stage as former “The Voice of Germany” participants. With Ann Sophie, an artist is now taking the opposite path for the first time.