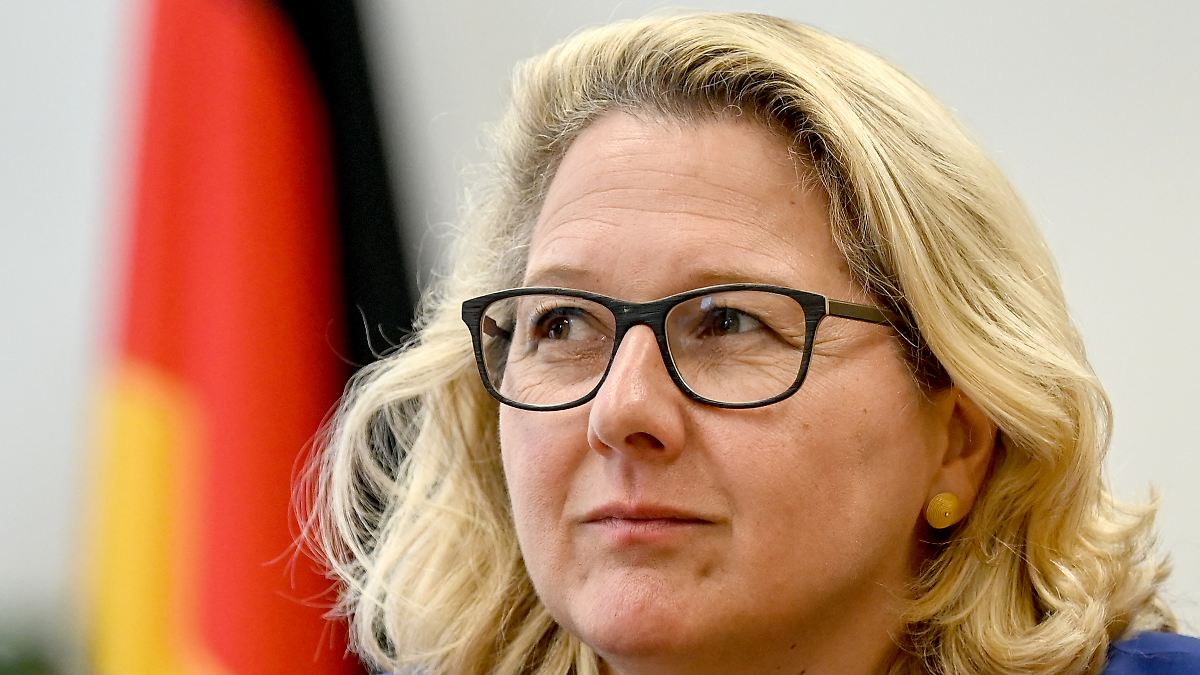 The UN states have already failed in their attempt to implement guidelines for biodiversity. Now they should keep their promises, demands Federal Environment Minister Schulze. However, ambitious goals can only be achieved if the economy is also regulated.

The German Environment Minister Svenja Schulze has campaigned for an “ambitious” new framework agreement on the global fight against the dangerous extinction of species. “Time is running out,” warned the minister in a video speech at the World Conservation Conference (Cop15), which is taking place online and on-site in the Chinese city of Kunming. The extent and speed of species loss are worrying. The goals in the agreement on the protection and restoration of ecosystems, which is planned for the spring of 2022, must be “ambitious and concrete”.

Schulze supported plans to put 30 percent of the land and sea under protection by 2030. It must also be ensured that the goals are translated into national plans and that their fulfillment is monitored. “The new framework agreement on biodiversity must contain more effective and more decisive mechanisms for implementation at all levels,” said Schulze. This time it must be ensured that none of the goals remain an empty promise. The minister was evidently referring to earlier goals of the nearly 200 states party to the UN Convention on Biological Diversity, which were far from being achieved.

Biodiversity must play a central role in all areas of politics and industry. “Nature conservation must no longer be just a matter for environment ministers,” said the SPD politician. It is also important to phase out subsidies that are harmful to the environment or have a negative impact on nature. The agreement must provide the necessary guidelines for economic activity. “The next few months will be decisive as to whether we will be successful in stopping the loss of biodiversity,” warned Schulze. The time up to the adoption of the framework agreement at the second part of the conference at the end of April and beginning of May must be “used well” to address the open questions in a constructive dialogue.

Previously, the host Chinese state and party leader Xi Jinping had promised 1.5 billion yuan, the equivalent of 200 million euros, for species protection in poorer countries. He announced the creation of a fund with this Chinese financial contribution to help developing countries protect their species. He invited other states to participate in the financial pot. China’s president also pledged increased efforts to protect biodiversity. China will continue to expand its nature reserves.

Surprisingly, Russian President Vladimir Putin appeared immediately after him with a video speech, although Russia does not play a prominent role in the international effort. Putin also advocated that national priorities and particularities of each state should be taken into account in the process. Environmental groups fear, however, that the global goals and efforts will be undermined if each state can ultimately do what suits its national interests better. The approximately 5000 participants in the UN conference will discuss the new framework agreement until Friday. As a concrete result, a “Kunming Declaration” is to be adopted on Wednesday.