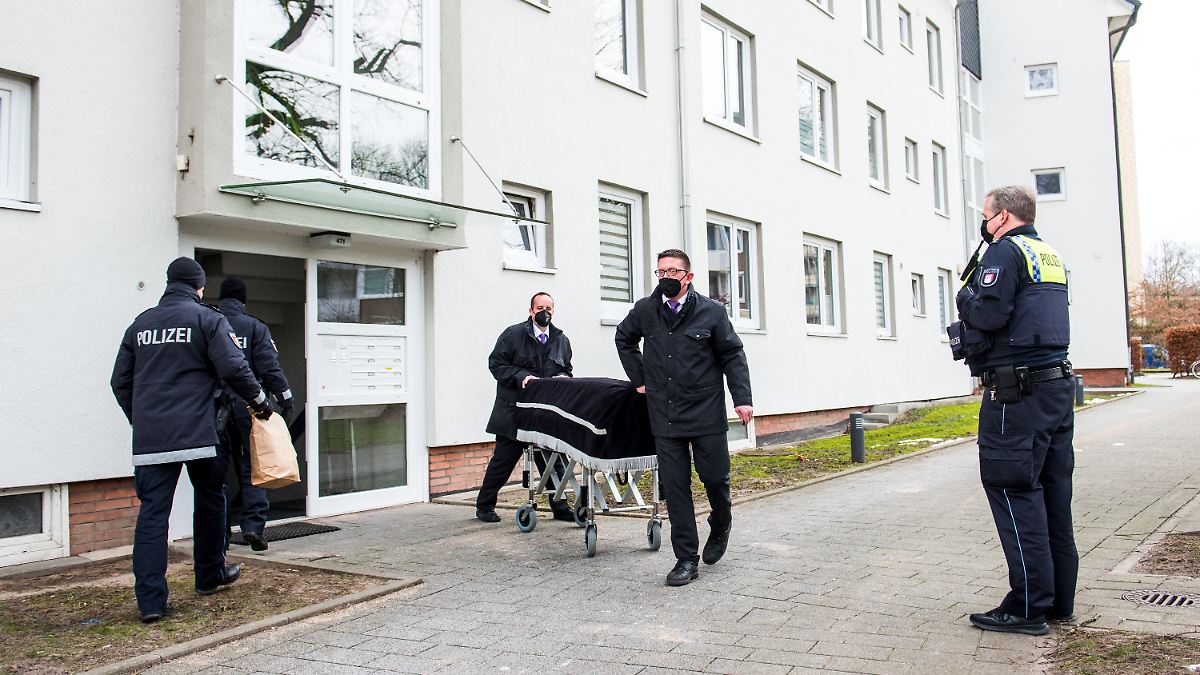 Cannabis is considered a comparatively harmless drug. But in adolescents, the active ingredient can cause serious damage to the brain. A series of bloody crimes by mentally ill cannabis users is causing a stir in Hamburg.

At the beginning of February, police officers found the horrific corpses of two women in an apartment in Hamburg-Bramfeld. As later found out in the trial before the regional court, a 29-year-old strangled his girlfriend, dismembered her corpse and then killed his mother with 63 stab wounds. The German is incapable of guilt, has terrible delusions and is mentally ill. According to an expert, the cause of paranoid schizophrenia is long-term cannabis use. The jury admitted the 29-year-old to the closed psychiatry in September.

The presiding judge Jessica Koerner uses the verdict to appeal to the public: hashish and marijuana are not as harmless as they are often portrayed. Long-term consumption carries the risk of serious mental illness. Like cocaine, cannabis can trigger schizophrenia and delusions in completely inconspicuous people with a certain genetic disposition. “Unfortunately, this knowledge does not seem to be widespread in the public,” said the judge.

The child and adolescent psychiatrist Prof. Rainer Thomasius assumes that the cases of paranoid schizophrenia in which those affected become violent are rare. But: For the criminal chamber in Hamburg it is now the third case within a few months in which a delusional perpetrator stabbed to kill, according to Koerner. In June the court admitted another young man to a psychiatric hospital. He had killed his mother with 30 stab wounds, a court spokesman said. Also in the summer, the criminal chamber ordered the detention of a man who had stabbed someone in the back with a knife. In this case, the court found dangerous bodily harm.

Regular cannabis consumption is very dangerous, especially among adolescents and adolescents, explains Thomasius, head of the German Center for Addiction Issues in Children and Adolescents at the Eppendorf University Medical Center (UKE). A recently published study showed, with the help of imaging methods in humans and experiments on mice, that the development of the brain is damaged under the influence of the cannabis active ingredient THC. The result is not only reduced intelligence, attention and the ability to concentrate. The risk of developing psychosis also increases, by a factor of 3.2, and by a factor of 4.8 with heavy consumption of cannabis with an active ingredient content of over ten percent. This was shown by a study published in the journal “The Lancet Psychiatry” in 2019.

A study from Ulm showed that the number of inpatient treatment cases for psychotic disorders caused by cannabis consumption in the psychiatric university clinic there increased eightfold between 2011 and 2019. “That is very impressive,” said Thomasius. But it is also the only study on the subject that he knows from Germany.

Police statistics from countries where cannabis use is legal, such as some U.S. states, indicated an increase in violent crime related to the drug, Thomasius said. However, it is unclear how serious these statistics are from this point of view.

More consumers. More on the topic

According to a new study, the number of cannabis users in Europe grew by a quarter between 2010 and 2019. Researchers at the Center for Interdisciplinary Addiction Research at the UKE and the Technical University of Dresden have also found that the particularly risky daily or almost daily consumption has increased. The scientists evaluated publicly available data from the EU, Great Britain, Norway and Turkey. The THC content of the drug has also increased. In the case of hashish it has tripled and in the case of cannabis flowers it has almost doubled, the scientists wrote in the specialist magazine “The Lancet Regional Health – Europe”.

“It is possible that the increase in the average THC content is also associated with an increase in health risks for consumers,” said study leader Jakob Manthey. That would have to clarify further investigations. Meanwhile, cannabis use could soon be legal in Germany as well. The Greens and FDP are campaigning for this in the current coalition negotiations.