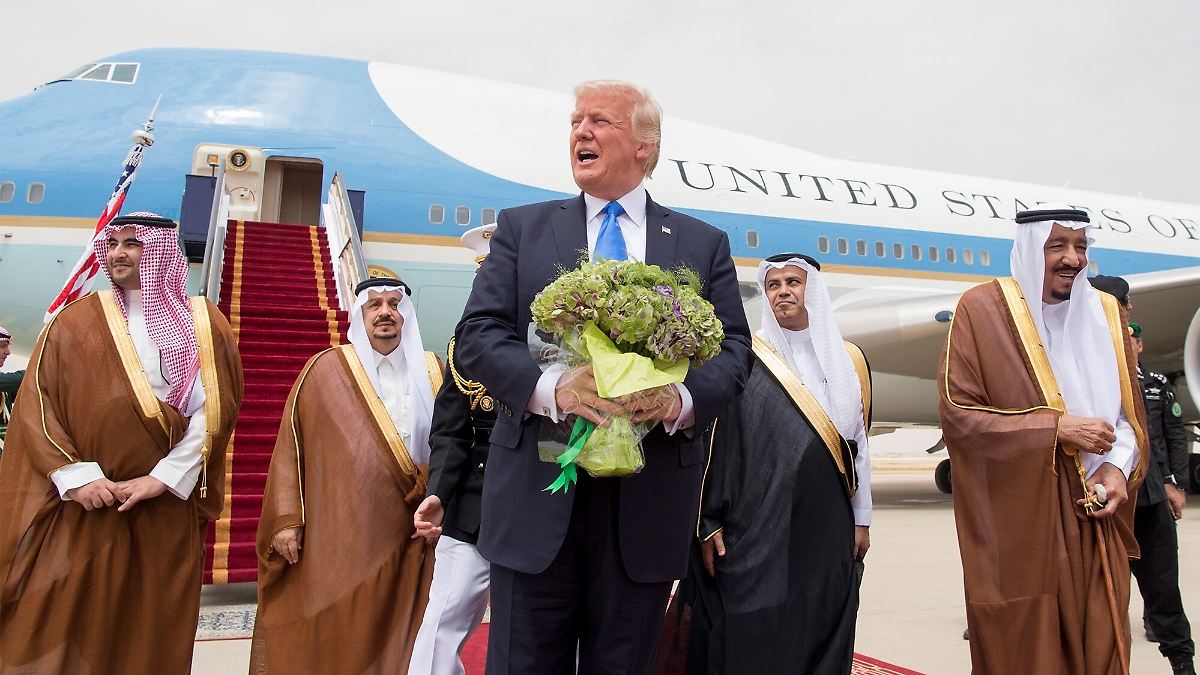 The exchange of gifts between heads of state is actually a strictly regulated process. As US President, Donald Trump and his staff often did not take the minutes very seriously. As a result, furs that Trump receives in Saudi Arabia will not be exposed as counterfeits until much later.

The US administration of Donald Trump apparently used a lax approach to gifts from other heads of state and government. That comes from a report in the “New York Times”. Accordingly, Trump received dozens of gifts from the Saudi royal family on his first trip abroad to Saudi Arabia in May 2017, including three robes made of white tiger and cheetah skin and a dagger with an ivory handle.

A White House attorney noted at the time that the gifts most likely violate applicable laws, as the animals are considered endangered. But according to the newspaper, the Trump administration refused to examine them and did not declare the objects as state gifts. The objects were only handed over to the authorities on Trump’s last day in the White House.

During the investigation it later turned out that the furs were forgeries. “Wildlife inspectors and special agents found that the lining of the robes was colored to mimic tiger and cheetah patterns and that it was not a protected species,” a US Home Office spokesman told the New York Times.

The story with the fake furs is just one example of how the Trump administration regularly violated the regulations when exchanging state gifts. The inspector general of the Foreign Ministry is currently investigating several cases, the newspaper writes. Among other things, Trump employees are said to have taken gift bags worth thousands of dollars, which were intended for state guests of the G7 summit in Camp David in 2020, which was canceled due to the corona crisis. The whereabouts of a Japanese wiskey worth $ 5,800 as a gift to Secretary of State Mike Pompeo and a gold coin donated to a State Department official are also under investigation.

There is no evidence that Trump or his wife accepted gifts that were not entitled to them. “Whether it was indifference, sloppiness or the big train robbery, it shows such a carefree attitude towards the law and the regular government process,” Stanley M. Brand, ethics expert and former top attorney for the House of Representatives, told the New York Times.

Officials from the Saudi embassy in Washington did not want to speak to the New York Times about the counterfeit furs. The State Department told the newspaper that it “takes its role seriously in reporting the use of certain gifts received from US government employees.” The whereabouts of gifts that have not yet been clarified will continue to be investigated.