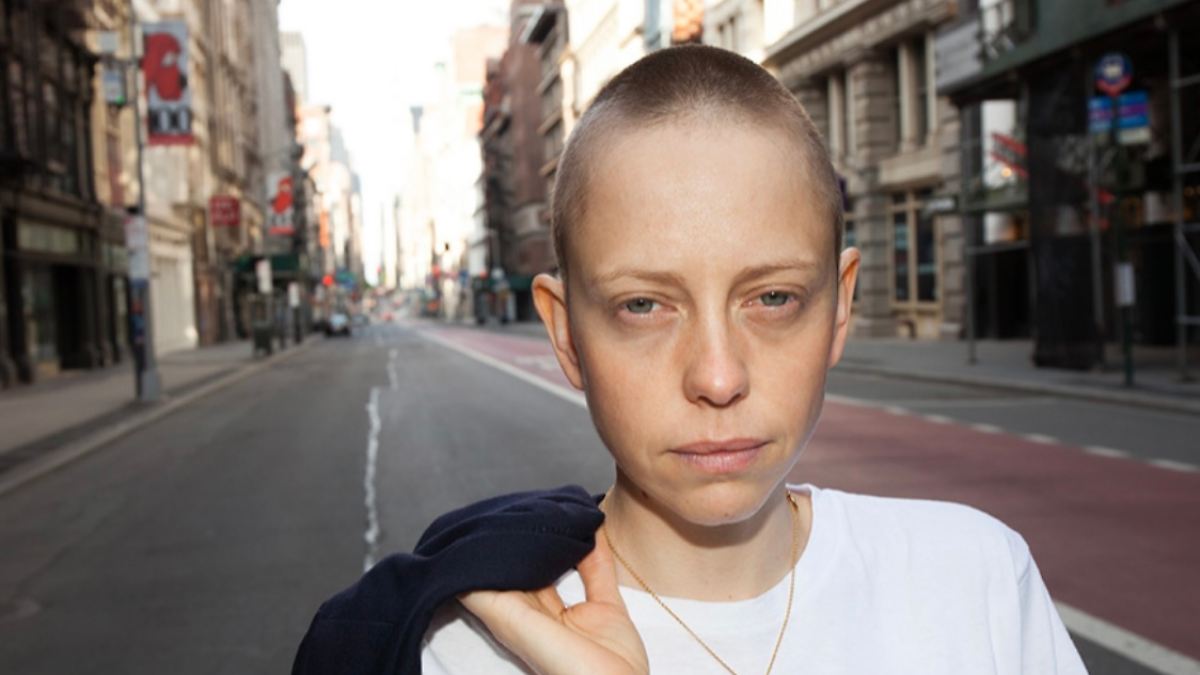 Marie Tomanova leaves her Czech homeland as a trained painter to become an au pair in America. Eight years later, she returns as a photographer and feels that everything is different: she spoke to ntv.de about her American dream.

One of the reasons why supermodels look so great is that they are presented in the right light by photographers. At some point you don’t see supermodels anymore when they get older, although they are still beautiful, the photographers can still praise their merits and the market for focusing on “older women” is definitely there. Because yes, designer clothes look good on young, boyish women (not everyone has to think so, but it is still common), but is bought by older women who are not thin but have a big wallet!

It was therefore very noticeable when the former supermodel Paulina Porizkova was to be seen again on a cover a few months ago, namely on the bible of all fashion journals, “Vogue”. It’s probably like being knighted, and it might feel like Isabella Rossellini, who at an advanced age could once again become the “face” of a cosmetics brand (the brand that she was kicked out of years ago because of her age, by the way , but luckily times change). It’s like heading towards becoming like Iris Apfel: old, colorful, wrinkled, funny, real, iconic.

Back to Paulina Porizkova, the Czech model with the high cheekbones and the beautiful eyes, the breathtaking figure. She still has them, the cheekbones, the eyes and the figure. She staged another woman, a very young woman, Marie Tomanova, also from the Czech Republic, and more by chance a photographer. So how did the shoot come about? Tomanova has lived in New York for quite a while, as has Porizkova, and the Czech Vogue thought it would be a good idea to let the two meet. “They thought it would be ‘a great match'”, says Tomanova with a laugh, “and it was. Paulina is so down-to-earth and warm, she lives around the corner from me, and we are friends now. It’s nice to be to speak Czech to someone from time to time! “

This shoot was something completely different for both of them, because “Paulina is used to the large setting, with lots of light and equipment, make-up and stylists, a lot of everything, and I came around the corner with my little camera,” remembers Tomanova. She has a different approach to her work: She tries to keep the team as small as possible, she loves to talk while she is working and thus create a relaxed atmosphere. This was rewarded in the case of the Porizkova shoot: the normal commissioned work became a cover and Paulina Porizkova was able to show how good women in their mid-fifties can look. Photographed by a woman who is almost half her age.

Tomanova doesn’t actually photograph supermodels, but young people on the street, some of them just speak to her, some then accompany her for longer. In this way she succeeds in creating a picture that tells different stories: of unemployment, loneliness, melancholy, anger, being different. Tomanova succeeds in showing this picture credibly, although her own story sounds like the typical American dream: She had finished her painting studies at the university in Brno and did not know what to do next: “As a female painter I didn’t get much support at the university. And we weren’t prepared for our professional life at all. That’s why I decided to go to America as an au pair. ” She ended up in North Carolina, a completely different world. “Fortunately, I was there first, because there I was able to learn how America works: with five-lane highways, for example, and without Google Maps.” Tomanova laughs and emphasizes how happy she was to have ended up there first, because as much as she loves New York now, this city might have overwhelmed her at first.

It was then eight years in the USA, she tells ntv.de, before she returned home – for a visit. America had enchanted her, but the entry and exit formalities did not make it easy to get back and forth quickly. She has had the Green Card since 2018. “It hurt a lot not to see my family and my friends, who could only visit me very irregularly, but I had found what – completely unplanned – fundamentally changed my life.” She feels at home in New York, and since she has approached her old home again through photography, she has a good feeling about it. She accepts that things have changed, for herself and for others.

There could be worlds between the photos she took of her friends, lovers and parties with her little cell phone camera from 2005, to photo exhibitions in Arles, Berlin or Tokyo and now her second illustrated book, which has just been published. But it’s not like that: Thanks to Tomanova’s authentic manner, everything seems to flow, of course almost. Just like the photographer herself, who beams from one ear to the other when she talks about her current life. “I want to show real life with my photos. It can be the life of very young people in search of something or the life of a supermodel that has an important message. That is, that old age can make women strong, that older women are also beautiful are, with their wrinkles and alleged blemishes. ” The Vogue cover was followed by a wave of other covers, which Marie Tomanova is very happy about: “Life, old age, should be celebrated and not hidden. Nobody looks like twenty forever.”

Society is slowly changing, becoming more open, and we should keep working on it. Tomanova does this particularly well in New York, in the city that she sees as a prime example of freedom. “There is a special energy here because many people come here to find each other. In order to then live in a way that they might not be able to do elsewhere. It’s so creative here! Everyone can be whoever they want!”

Sabine Oelmann likes to be in company, professionally and privately, mostly writes about the things in life (music, fashion, exhibitions, books, films) but also what arises. But above all, she loves people. The drinking straw in the picture is recyclable. Consequences:

Marie Tomanova is proud that another artist wrote the foreword to her new illustrated book: “Kim Gordon from ‘Sonic Youth’ has had similar experiences in New York. but New York allows you. ” Marie Tomanova has captured the cool kids of New York in over 150 photos in her new photo book, and not only them, but also everything around them. The painting student who came alone to the United States of America made her dream come true. Art historian Thomas Beachdel writes about “New York New York”: “Tomanova’s story is a story of dreaming, of taking risks, of surviving and of finding one’s own way.” And of arriving.