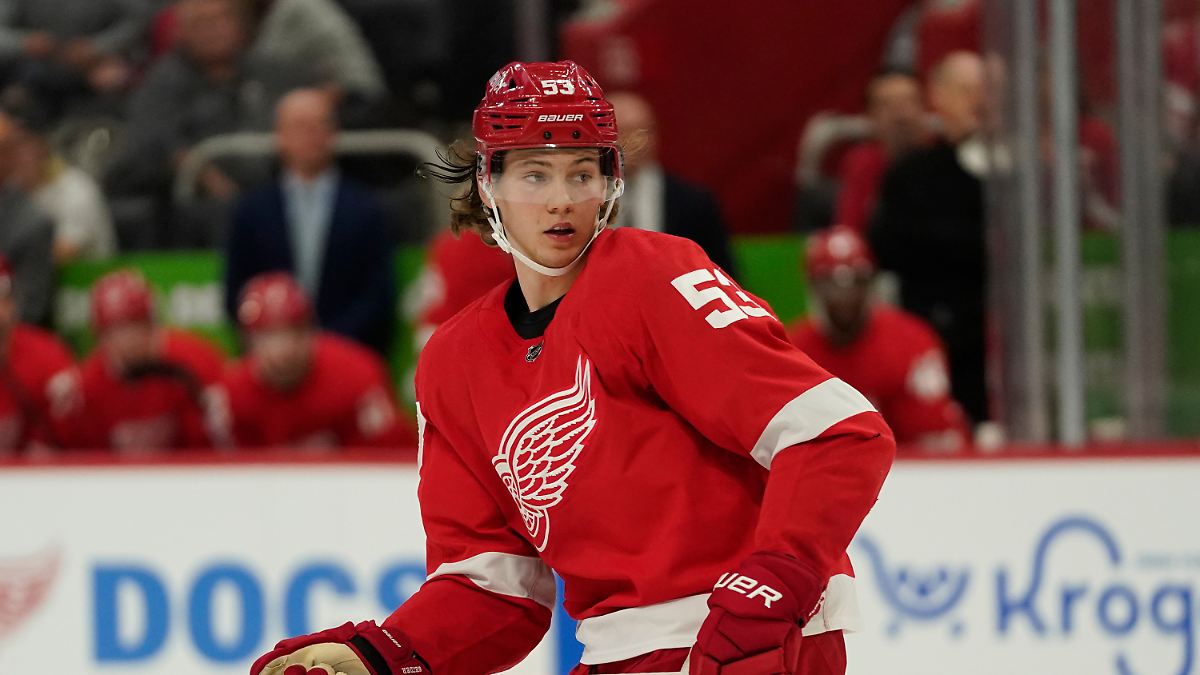 In the NHL, the best ice hockey league in the world, the return to normality begins with the new season. But one thing is different: In addition to Leon Draisaitl, more and more young German players are involved. You give hope. They are firmly planned for the winter games in Beijing.

Leon Draisaitl has only one goal. In the new NHL season that begins today, the German world-class ice hockey striker finally wants to seriously fight for the Stanley Cup with the Edmonton Oilers. “We have the team for that now. Our goal must be to play at the very top,” said the 25-year-old from Cologne before the start of the season in the best league in the world.

Much is almost the same as it used to be. The teams are playing in their usual divisions again, the fans are allowed to travel to the arenas again and the Canadian teams to the USA and vice versa. “We’re all looking forward to more normalcy again. With the spectators it’s a completely different feeling here in the arena,” said Draisaitl – one of the few moments in which something like emotions can be seen on his face. Otherwise, Germany’s “Sportsman of the Year” 2020 is currently even more focused than usual.

In the past few years, Edmonton either never got into the playoffs or was eliminated early. “I believe that our time has now come. Now it’s up to us,” said Draisaitl. In 2019/2020 he was the first German professional ever to be named the most valuable player in the NHL. His personal record and that of the Oilers captain Connor McDavid, who is considered the best player in the world, is unparalleled in the league. The Oilers’ problem so far has been that the rest of the team has been average at best. “I think we have the deepest team since 2017. We should have even more quality now, especially with the strikers,” said Draisaitl, whose greatest dream remains the NHL championship.

Philipp Grubauer is number one at Seattle Kraken.

Philipp Grubauer has long since achieved this: in 2018, he lifted the most coveted trophy in world ice hockey as the substitute keeper of the Washington Capitals. Since then, the also rather introverted Rosenheimer has made his personal breakthrough into the world class. In Colorado he became a regular goalkeeper and has now been awarded a six-year contract as number one with the newest NHL team, Seattle Kraken, with an average of almost six million US dollars.

“The city is so hot for ice hockey – that’s crazy,” said Grubauer, who is “proud” to make NHL history with the 32nd team in the league. Together with Draisaitl, Grubauer should definitely be part of the German Olympic team for the Winter Games in Beijing in February. This also applies to defender Moritz Seider, who is going into his first NHL season with the Detroit Red Wings and is already considered the best rookie in the league.

“I’m ready for the NHL,” said Seider, confident and very mature for his 20 years. The defender represents the German generation change. The previous guard of rather average NHL players behind Draisaitl and Grubauer is gradually moving away. Korbinian Holzer has not defended in North America since 2020 and has been back in Germany for Mannheim since this season. Tobias Rieder is looking for a team again after a failed try-out in Anaheim. Even for a more ambitious expert like Dominik Kahun there was no more room. The 2018 Olympic silver winner is currently storming for SC Bern.

Tim Stützle wants to be “better than Draisaitl”.

Players like Seider or 19-year-old Tim Stützle, who made the leap to the Ottawa Senators straight away last season, are trusted to advance to the world class. In 2019, the NHL teams scrambled to secure the rights to the aspiring Seider. Detroit was the sixth team to take action. The defensive jewel at Rögle BK matured last season and was immediately named the best defender in the strong Swedish league. He then even received this award at the world championships.

Stützle, on the other hand, once amazed with the statement that he wanted to become “better than Draisaitl”. In 2020, Ottawa was the third team to take part in the draft – the NHL rights allocation to the best talent of a year. The only German who was also drawn in third place before was Draisaitl. “It’s great for German ice hockey. It shows that we’re starting to do better work in Germany. We are now sending consistently good players to the NHL,” he said. “The goal has to be to continuously get one or two guys out every year.”