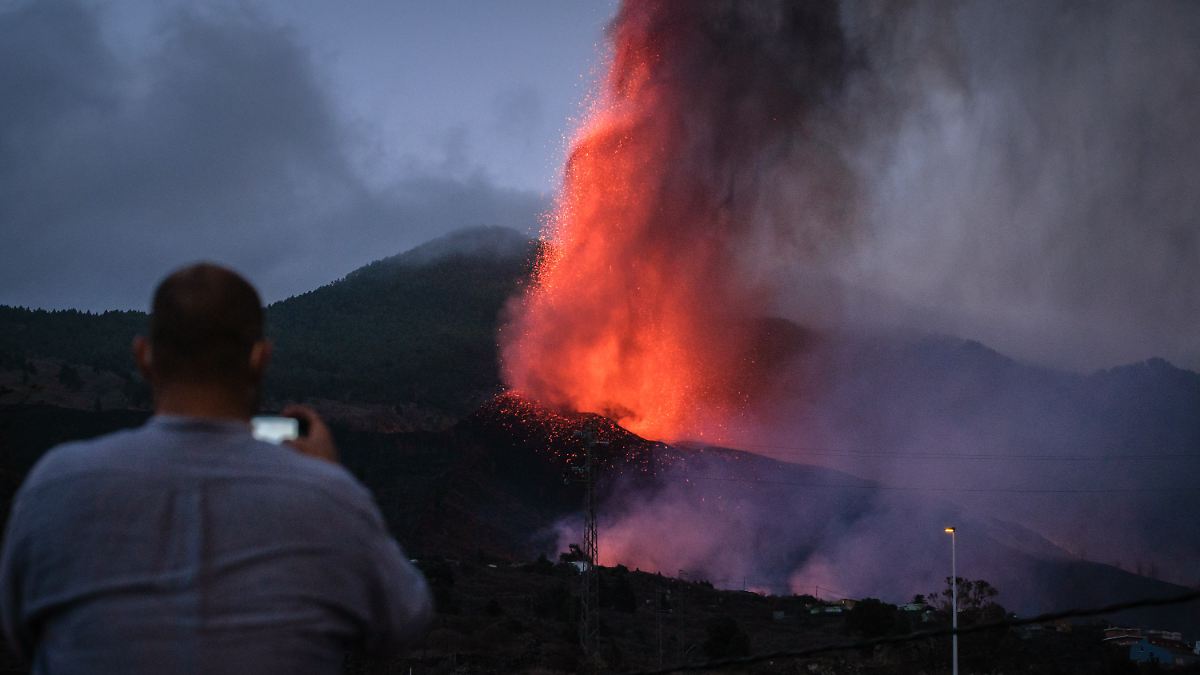 The people on the Canary Island of La Palma can only breathe a sigh of relief when an exit restriction is lifted at noon. In the same region, the lava roller threatens to bury hundreds of houses. People have to leave their homes in a hurry. It is unclear if they will ever return.

The situation on the volcanic island of La Palma has come to a head again. Between 700 and 800 people were asked to leave their houses with pets and their belongings because of approaching lava and to come to a meeting point, reported the state TV broadcaster RTVE, citing the Pevolca emergency committee. They would have time for that until evening. As far as developments allow, those affected may also return in the following days accompanied by security personnel to save more belongings, wrote Pevolca on Twitter.

Around 6,000 people have had to leave their homes since the volcano erupted in Cumbre Vieja three weeks ago. They stayed with relatives in other parts of the island or in hotels. Many of them will never be able to return. Their houses were burned and buried by the lava, which was up to 1200 degrees Celsius. Reconstruction on site is also impossible for decades. Just hours before the evacuation was ordered, an exit restriction had been lifted in the same area near the Callejón de la Gata commercial park. This had been imposed the day before as a precautionary measure because of potentially toxic fumes because the lava, which was up to 1200 degrees Celsius, had set fire to several plants, including a cement plant. However, no toxins were measured in the air on Tuesday, Pevolca said.

Up to 1000 buildings destroyed so far

The volcano in Cumbre Vieja, which has no official name, erupted on September 19th for the first time in 50 years. In the past few days, the outbreak had increased in intensity. The lava became hotter and therefore thinner and faster on its way downhill towards the sea. Again and again there were strong explosions, magma was thrown into the air, smoke rose to a height of several kilometers. So far, up to 1,000 buildings have been destroyed and great damage has been done to agriculture, especially banana plantations, and the infrastructure.

The main stream of the lava, which is up to 1200 degrees Celsius, has been pouring into the Atlantic for almost two weeks, creating a new headland there. In the meantime, two tributaries have formed, the northern one rolled through the industrial area with a destructive effect and now threatens a residential area, the southern one was only 300 meters from the coast. Many small to medium-sized earthquakes also shook the Canary Island off the west coast of Africa. Since Monday morning there have been around 120 with strengths up to 4.1, as reported by the state TV broadcaster RTVE.

According to the operator Aena, the island’s airport was operational. Flights of the airlines Binter and Canaryfly to the better-known and larger neighboring island of Tenerife were announced on the Internet. However, two flights by other companies from Hamburg and Berlin were also reported as canceled, as was a connection to the Spanish capital, Madrid. The air traffic to the other large tourist islands of the Canary Islands, Tenerife, Fuerteventura, Gran Canaria or Lanzarote, however, ran normally.