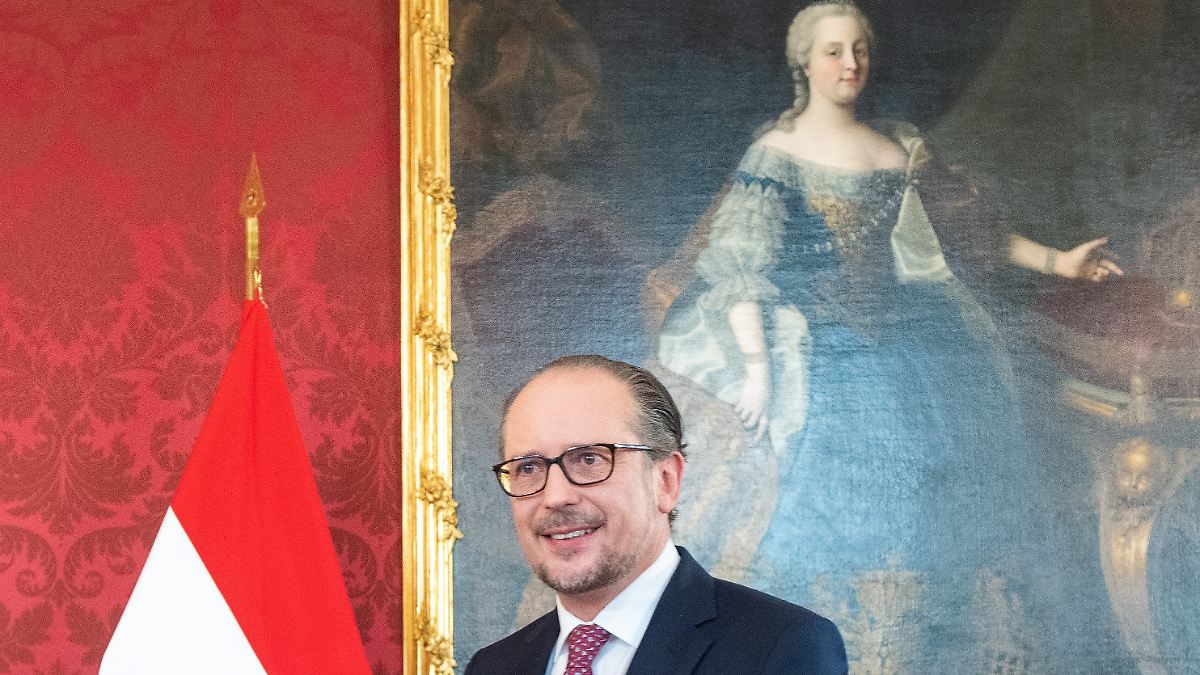 Alexander Schallenberg is seen by many only as the governor for the resigned Sebastian Kurz. In fact, Schallenberg is also perfectly suited to solving delicate crises because his family has been practicing this for centuries – and an ancestor 450 years ago wrote a visionary poem about resignations.

Sebastian Kurz’s resignation is seen as a temporary maneuver in Austria. “A short time away”, headlines the “Kronen Zeitung”. As the “shadow chancellor” (“Salzburger Nachrichten”), Kurz kept the strings of power in his hands, it was a matter of a power-political castling, “a kind of Putin / Medvedev model” (“Die Presse”). (“Kleine Zeitung”), the new Federal Chancellor Schallenberg is “a guarantee that Kurz can return to the Chancellery when things calm down” (“Der Standard”).

Kurz also seems surprisingly certain of his cause. He describes the crisis as a situation that “many top politicians have had to experience”. All allegations are wrong. He’ll prove it.

Briefly stays in the game

In fact, Kurz saved some of his political power through his quick resignation. His government survived and will be largely controlled by him from now on; As the new leader of the ÖVP parliamentary group, he even continues to sit at the cabinet table. His party has rallied largely unanimously behind him. His resignation has brought him not only malice and scorn on the one hand, but also respect on the other. Some of his fans even stylize him as a brave hero against leftist judicial and media machinations. In the particularly short-critical Political scientist Natascha Strobl analyzed “Standard”, Kurz is changing “from doer to martyr: Sebastian Kurz did a rhetorical lesson over the weekend”.

Now there is political pressure on the Austrian public prosecutor for white-collar crime. Are the results of their investigations sufficient for an indictment at all? Why do secret investigation files and private chat histories regularly end up in the media while investigations are ongoing? Are the serious allegations (breach of trust, bribery, corruptibility) really verifiable? Or were they just used to stage a media tribunal?

Schallenberg swears an oath of loyalty

It is not certain that the scandal will go as far as one might hope in the opposition. In any case, she was not interested in new elections. The mood and surveys in Austria indicate that Kurz could emerge stronger from the crisis like 2019. The first ÖVP officials already think of Kurz as the top candidate for the next (possibly early) election.

The whole maneuver of Chancellor Rochade can only work under two conditions. First, Kurz must actually remain undamaged under criminal law. Second, the new Federal Chancellor must not stab him in the back.

Austria’s eyes are now on Alexander Schallenberg. Immediately after his appointment, the 52-year-old swore a kind of political oath of loyalty: he considered the “allegations in the room” against Kurz to be “wrong”, he was “convinced that at the end of the day it would turn out that there was nothing about them it was my turn. “

Whenever it gets difficult …

But can Kurz really rely on Schallenberg? Doesn’t he develop his own ambitions in office? ÖVP insiders see both as a “perfect tandem”. When, shortly before his time as Chancellor, he was foreign minister, the cosmopolitan and eloquent Schallenberg had already advised him closely as chief strategist. Since then, both have broadcast politically on the same wavelength and are extraordinarily loyal to each other.

Schallenberg seems predestined for this sensitive constellation, because he is not only a trained diplomat and thus a professional in flexibility. He comes from an ancient noble family that specializes in something like this. Whenever things get tricky in Austria, a Schallenberg comes and solves power problems with special elegance.

450 years ago it was Christoph von Schallenberg (1561 to 1597) who not only had to provide compensation as regent of the Lower Austrian provinces. Especially in the continuous war against the Ottomans and as commander of the Danube Fleet (a navy that didn’t really exist) it was important to keep the Turks at bay and keep the emperor in office. His son Georg Christoph von Schallenberg (1593 to 1657) was Chief Provisioner and Chief Commissioner in Upper Austria, but above all a mediator between the warring denominations, converted to Catholicism himself and then wrote conciliatory love poems and diplomatic bridge-building texts.

250 years ago a Schallenberg reappeared in the center of power and put its suppleness to the service. Georg Christoph von Schallenberg becomes “Obrist-Höfstäbelmeister” (if you want to understand Austria, you should study title science) with Empress Maria Theresa. This Schallenberg led the table ceremony, among other things at the “public table”, at which the audience could watch the dining monarch. It is a highly political process and Schallenberg used it for far-reaching diplomacy, developed relationships with France through food, cultivated socially committed Freemasonry with Maria Theresa’s husband and tied Mozart to the imperial family.

At the same time, Schallenberg staged a symbolic self-representation of power with precious items with Maria Theresa’s cutlery, the golden “mouthpiece” and the lifelike bouquet of flowers for the beloved husband made of almost 3,000 diamonds and precious stones. Developing political dominance with splendor and splendor is just as effective, but smarter than waging war.

The grandfather of the new Federal Chancellor also served Austria on a particularly delicate mission. Herbert Schallenberg supervised the reopening of the Austrian representation in Prague immediately after the Second World War. On May 12, 1945, just four days after the end of the war, Schallenberg was there and organized a mass escape. In the first time after the end of the war, the embassy building served as temporary accommodation for thousands of refugees who wanted to return to Austria. The father of the current Chancellor, Wolfgang Schallenberg (born 1930), was Secretary General in the Ministry of Foreign Affairs (1992 to 1996) and Ambassador to India, Spain and France. Alexander Schallenberg grew up there too.

Because of his extraordinary cosmopolitanism and familiar diplomatic tradition, Schallenberg is sometimes called “Alexander the Fine” in Vienna. He doesn’t want to be Alexander the Great at all.

This is exactly what Sebastian Kurz will build on – and he will be able to read a 450-year-old poem by Christoph Schallenberg (the Danube Fleet commander who wrote love, mockery and consolation poetry) – today it reads like a paraphrase of a possible short comeback:

Oh, oh, how painful it is to part,
But that comforts me at times:
When I took the vacation
If I come again
Brings me so many joys
That I wanted to part every hour.