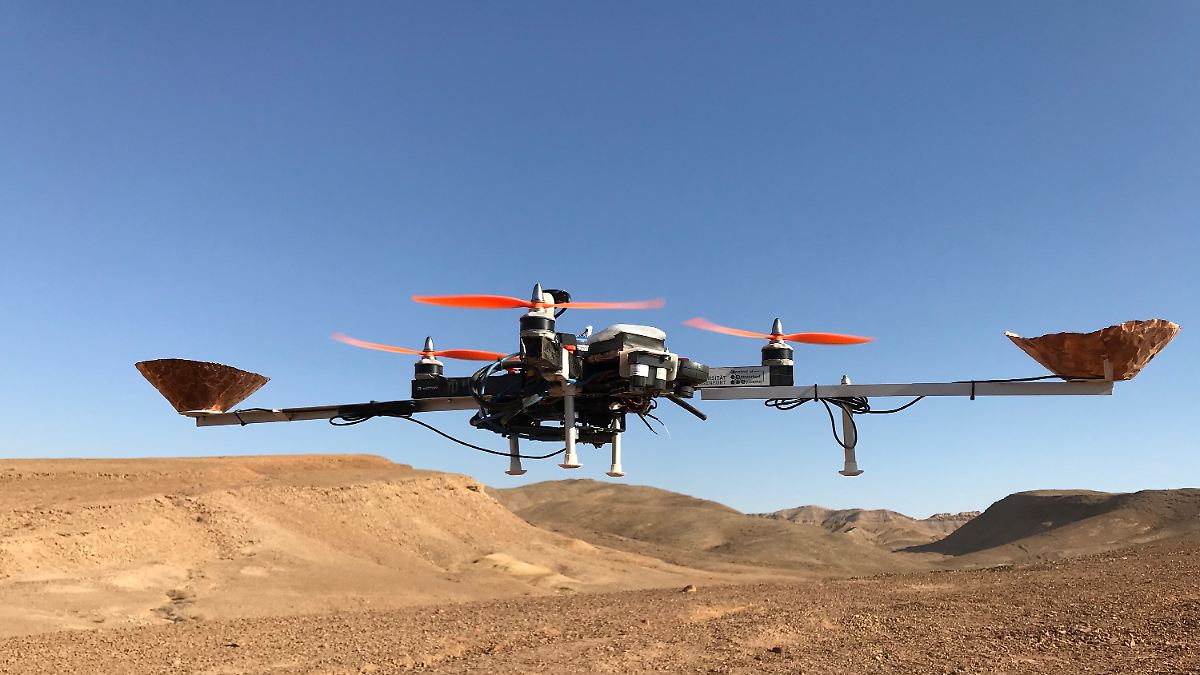 Mars is one of the planets that space exploration wants to explore even better. To prepare for this, a mission is now underway on Earth. In the middle of Israel’s Negev desert, analog astronauts test equipment and technologies. In addition, the experiment is also human in nature.

The astronauts in their thick silver-colored spacesuits move with heavy steps through the red stony landscape. But they are not traveling on a distant planet, but in the Negev desert in Israel. Their mission: to test the conditions for a future trip to Mars.

The area around the Makesh Ramon crater comes very close to the Martian landscape. That is why the Austrian Space Forum and the Israeli Space Agency have chosen the south of Israel for their experiment. “The crater offers a geological structure that is almost unique in the world and has many features that are also found on Mars,” says Gernot Grömer from the Austrian Space Forum. However, there were still some crucial differences: Instead of minus 60 degrees Celsius on the red planet, the desert in the desert is at least 30 degrees and, unlike on Mars, there is enough oxygen to breathe.

A drone without GPS is one of the test objects on the mission in the Negev desert.

The Amadee-20 Earth mission to Mars, which has been postponed for a year due to the pandemic, will last until the end of October. During this time, six so-called analog astronauts live cut off from the world in their solar-powered “Mars station” in the desert. They are only allowed outside in their space suits weighing around 50 kilograms.

Alon Tenser doesn’t mind: “This is a dream come true that we worked for several years,” said the 36-year-old Israeli. The others on the team come from Germany, Austria, the Netherlands, Portugal and Spain. They were selected from a large number of applicants after extensive physical and psychological examinations. “When I was little, my father took me to the space museum,” says microbiologist Anika Mehlis from Plauen in Saxony – the only woman on the team. “When I saw that the forum was looking for analog astronauts, I just had to apply.”

The ward’s equipment is spartan: there is only a small kitchen, people sleep in bunk beds. Most of the space is reserved for scientific experiments. The analog astronauts are testing the prototype of a drone that works without GPS, as well as autonomous mapping vehicles powered by wind and solar energy. Mehlis will investigate the danger posed by bacteria that are brought from Earth to Mars and could destroy all life there.

But not only equipment and technologies are tested, but also the behavior of people in this extreme exceptional situation. “The cohesion of the group and the ability to work in a team are crucial for survival on Mars,” says Grömer.

The Austrian Space Forum is a private organization of aerospace specialists and has already organized twelve similar simulations around the world, most recently in Oman. The experiments help prepare the US space agency NASA’s first manned Mars mission, which is planned for the 2030s. “We are preparing here for the greatest journey our society has ever undertaken,” says Grömer and firmly believes that “the first person to set foot on Mars has already been born.”