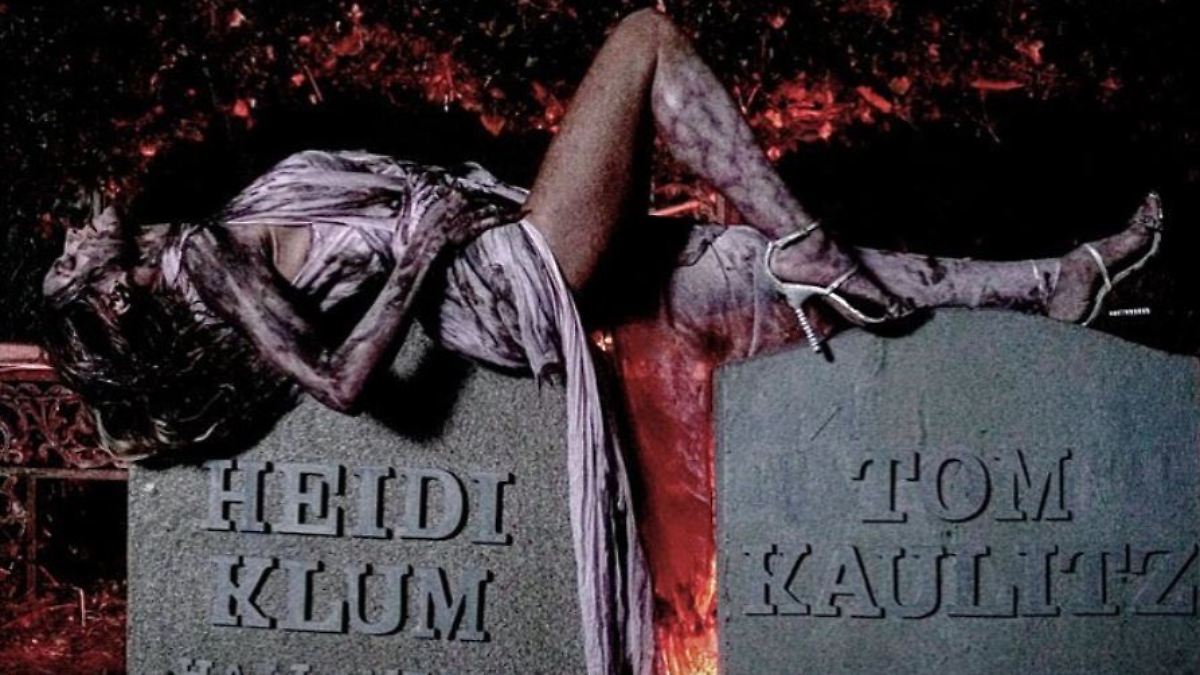 Heidi Klum doesn’t have it easy these days. Finally, we are approaching October 31, but this year, too, their regular Halloween break falls victim to the corona pandemic. “Well,” Klum may have thought. “Then I’ll just put myself in a different mood.”

Meanwhile, Heidi Klum’s annual Halloween celebration has almost achieved cult status. After all, the German model has been inviting people to collectively shudder for more than 20 years – her first Halloween party took place in 2000.

And what we haven’t seen Klum as in all these years – as a werewolf, sprightly senior citizen or cyborg, to name just a few examples. The respective men at their side, now called Seal or Tom Kaulitz, were always caught and hung up with them. The Tokio Hotel musician, for example, was allowed to perform as Ogre Shrek, his lady of heart Fiona, at the festival.

But the corona pandemic has put an end to this hustle and bustle for the time being. In 2020, Klum was forced to cancel her Halloween celebration. And this year, too, there won’t be a gruesomely beautiful masked ball.

Normally, the 48-year-old would probably be in the middle of preparing for Halloween these days. And she would once again leave her fans puzzling as to which disguise she is slipping into this time.

Since that is not possible, the “Germany’s next top model” presenter gets in the mood for the approaching horror night on October 31st. This is proven by a snapshot that she has now posted on her Instagram page.

You can see Klum, lying on her back on two gravestones in a worn white dress, the face of a zombie. A stone is decorated with her name and the inscription: “Halloween was her fate.” On the other is the name of Tom Kaulitz with the abbreviation “RIP”, which stands for “Rest in Peace”.

But hopefully many more years will pass before the coffin lids actually close over Klum and Kaulitz. Years in which the two can celebrate Halloween again, as it is actually due for them.