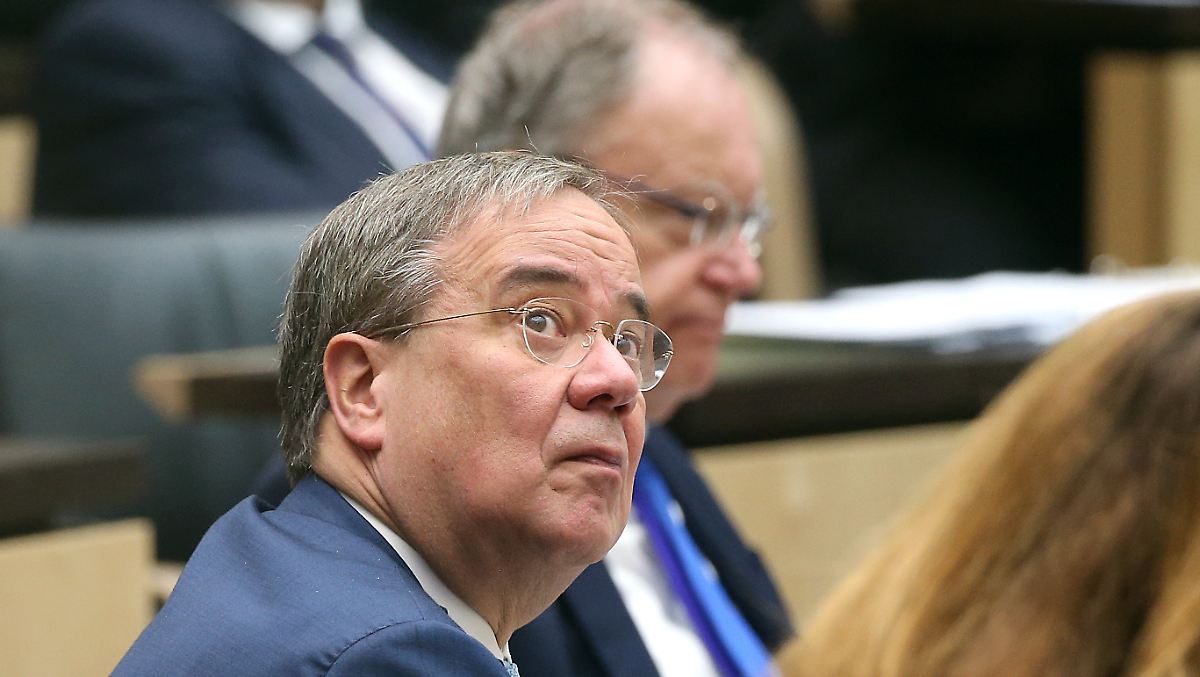 The SPD’s lead over the Union is solidifying: Once again, the Social Democrats are six percentage points ahead of the CDU and CSU in the RTL / ntv trend barometer. The fact that Armin Laschet is still chairman of the CDU is met with little understanding among those entitled to vote.

Even two weeks after the federal election, the proportion of those who were eligible to vote who would vote for the Union remains lower than in the federal election on September 26th: According to the current RTL / ntv trend barometer, the Union would continue to vote 20 percent. As in the election, the SPD has 26 percent. As in the previous week, the Greens and FDP can count on 16 and 14 percent respectively. The left comes to 5 percent, the AfD to 9 percent and the other parties to 10 percent.

Respondent: It was the candidate

While Armin Laschet would like to moderate the process of realigning the CDU’s personnel, 66 percent of those questioned would consider it right if Laschet resigned from his position as CDU chairman immediately. Only 24 percent of all eligible voters and only 40 percent of the CDU and 23 percent of the CSU supporters think it is right that he wants to remain in office for the time being.

The respondents do not have a clear favorite for Laschet’s successor in the Konrad-Adenauer-Haus: 27 percent of all eligible voters consider Norbert Röttgen, 19 percent Friedrich Merz and 10 percent Jens Spahn to be suitable to become the next CDU chairman. 44 percent consider none of the three to be a suitable successor for Laschet.

With Söder more approval for Jamaica