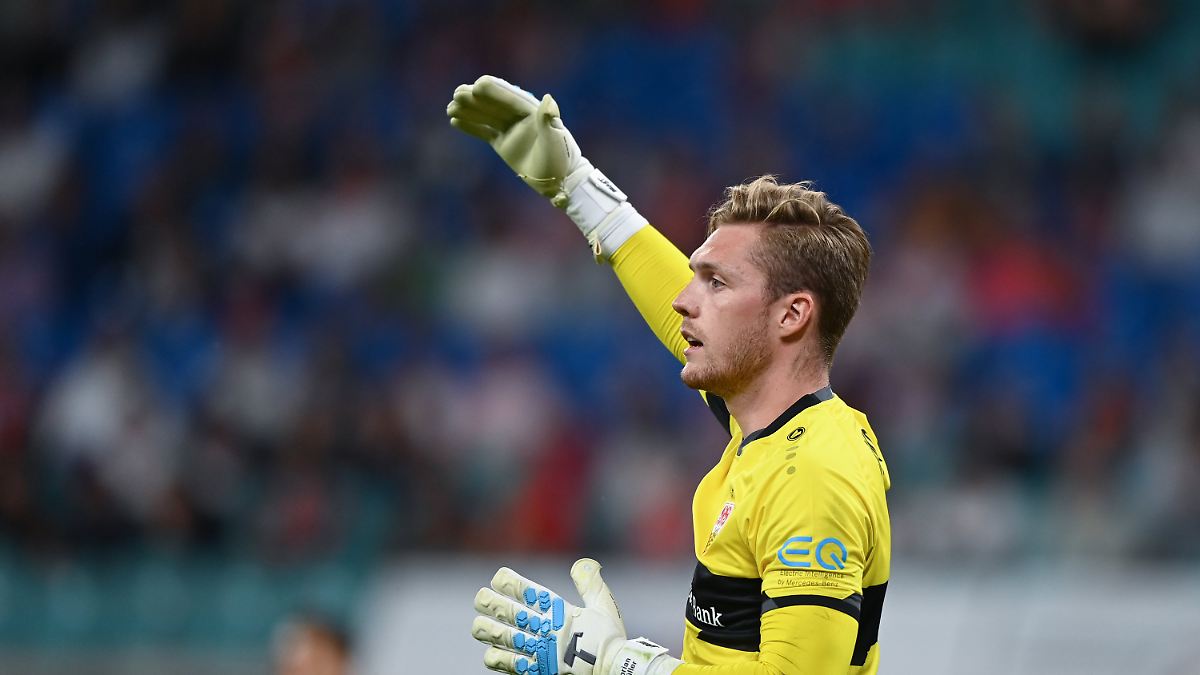 Despite its corona worries, VfB Stuttgart is far from canceling a game. Five professionals from the Swabian Bundesliga club are in quarantine shortly before the away game at Borussia Mönchengladbach. The fact that Olympic participant Florian Müller also tested positive and that the substitute goalkeeper is also likely to be canceled for Saturday brings VfB into trouble. The fact that the game could be canceled would only become an issue if 15 or fewer players were eligible to play. This is what the rules of the German Football League (DFL) provide.

For this, the cases would have to increase significantly. The club did not report any further failures for coach Pellegrino Matarazzo on Tuesday. The morning training could take place as planned. Under a cloudy sky, the 20-year-old Florian Schock, third goalkeeper and suddenly a starting eleven candidate for Saturday, mixed in as usual.

Five corona cases in just under a week at VfB show that the corona problem in the Bundesliga continues despite an overall high vaccination rate. The outgoing DFL managing director Christian Seifert put the quota across all teams in “Bild” at 94 percent, and he appealed to the professionals to get vaccinated: “On the one hand, everyone can decide for themselves, on the other hand they have But you also have a professional responsibility to yourself and your body. You just make money with your body – and even quite a bit, “remarked the 52-year-old.

Chaos is not as bad as it was in Mainz

The VfB does not provide any information on the vaccination status of its professionals. Because Müller competed at the Olympic Games in Tokyo, one can assume that he is one of the vaccinated. The fact that his substitute Fabian Bredlow and U21 international Roberto Massimo were present at the friendly against FC Barcelona at the end of July means that they are also affected despite the vaccination. Because at that time the VfB – because of three positive tests – waived all unvaccinated professionals. This time defense chief Waldemar Anton and Erik Thommy are still isolated. The VfB is in contact with the authorities about the duration of the quarantine.

A chaos like the Bundesliga competitor FSV Mainz 05, which reported eleven failures at the start of the season, but then even won against RB Leipzig, does not have the VfB for a long time. For the Swabians, however, the worries come at an inopportune time because they had just overcome their negative phase with five Bundesliga games without a win before the international break with a 3-1 win against TSG 1899 Hoffenheim. Now the task in Gladbach is likely to get even more complicated. Shock, which is normally used in the regional league, could make an unusual Bundesliga debut.

Since the first cases occurred last week, the club has intensified its corona measures and reduced contacts away from the training ground. The players don’t change clothes together in the cabin, they shower at home, they don’t eat together. “After the first positive cases last week, we significantly increased the number of tests and intensified the hygiene regulations relating to training operations beyond the prescribed level,” said VfB Sports Director Sven Mislintat.

The tests were recently an issue again at Hertha BSC. The Berliners, who were buffeted by Corona in the past season in particular and even had to be quarantined, test their professionals six times a week and now let unvaccinated players pay for the PCR tests themselves.

According to Seifert, the players should live up to their responsibilities by vaccinating. There is “a lot at stake,” he said. He said some time ago that the time would come, “then we would not cancel any more games because of a team quarantine – but if in doubt we would also score against the team that was responsible for this team quarantine.” He personally thinks “that vaccination makes a lot of sense”.