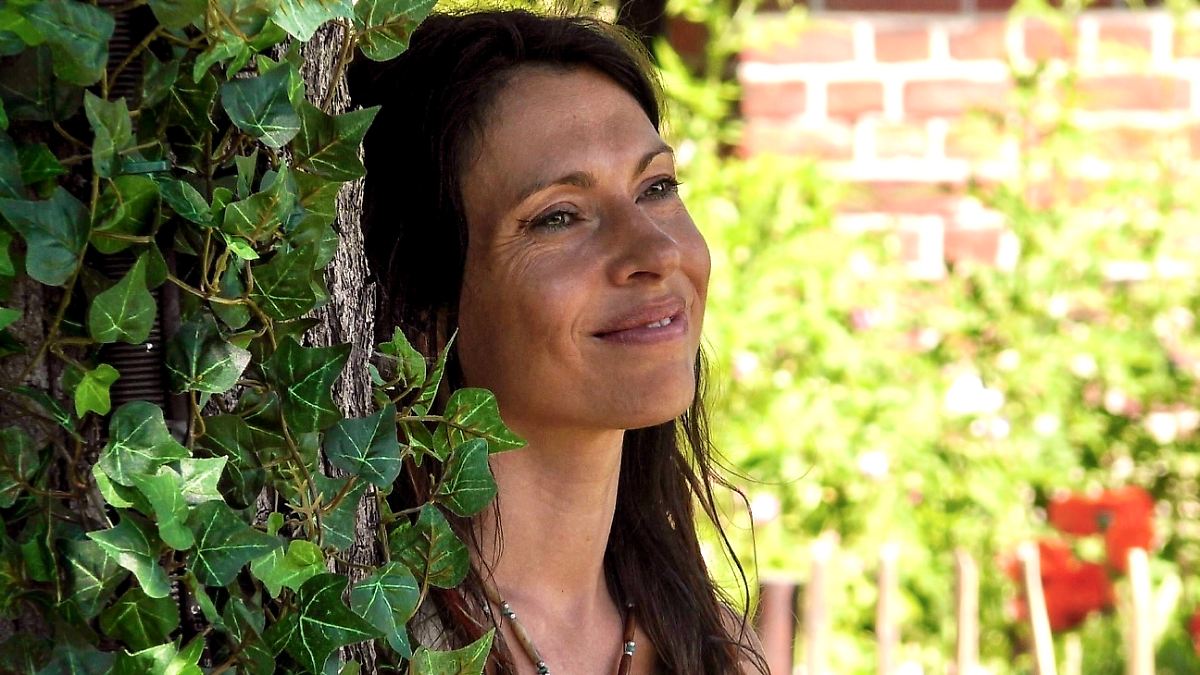 Finally! Breathe easy in episode four. It cannot be stressed enough how good it is to focus on people who have a positive charisma. The first episodes of the “summer house” were shaped by a man who describes himself as a “devil” and whose actions have nothing, absolutely nothing to do with entertainment. But now, finally, the sky is clearing and the clouds are making way for stardust princess Jana Pallaske, who is moving into the shared apartment with her partner Sascha Girndt.

And as it always is: The newcomers are viewed critically, some shred their mouths, and anyway: They first have to prove themselves and integrate into the group! Pallaske, however, does not focus on worldly sensitivities, but on the magic of the universe.

As a creative free spirit, she “makes contact with all beings”, but is – at least briefly – abandoned by all forest spirits when she soaks up the state of the booth. First of all, smoke out the room and free it from negative energy. Then arrange everything nicely so that the spiritual forces develop better. Minimal problem: Mola’s friend Adelina is not amused that Pallaske, who recently delighted many viewers on “Let’s Dance”, simply pretties the crucifix with a few Shanti necklaces.

In harmony with all living beings

It’s wonderful to watch the actress and her partner arrive and watch how they don’t care about anything whispered behind their backs. How you first feel the new environment with all your senses. Smell flowers. Stroke the leaves. Breathe in and out – while the group ponders the relationship between the two curiously. Especially those who are stuck in encrusted partnership ideas, in which the man is allowed to seduce other women, but the wife’s possible away adventures are not tolerated. On-off. As? What? Polygamous?

Pallaske and her partner bring new momentum to the house. Her whole manner feels like a plaster for the audience after the quarrels about Mike. To watch Jana and Sascha walk barefoot on meadows, how they soak up life with every fiber of their being like the moss of the forest the rain, is pure stress relief. And while the rest of the celebrity troop fights for victory in the game “Ups and Downs”, for example, the newcomers don’t focus on winning, but on “enjoying the beautiful view from above”. Because that is also profitable. Especially for mental and spiritual health.

You can of course smile at the actress a bit tired and find her spiritual nature a little “over it”. The fact is: Our world needs more people who are in harmony with each other, who live consciously and who do not mean yelling at the partner for the relationship to boss around or belittle like Mike Cees his wife Michelle.

It depends on the “realness”

The man for whom “realness matters” above all, his and the others’, is once again angry that Michelle “does not understand the context”. He asks her in all seriousness shortly before starting a game about her crop top: “Are you staying like this? I don’t think it’s so cool. No, I’m not happy with it! (…) Put on a T-shirt, I want to Don’t portray yourself like that. (…) Should we be saved, wear what you want – of course only within the scope of the possibilities I give you. ” He doesn’t care at all that she likes what she sees in the mirror. So: “Baby, don’t talk, go to the toilet!”

Episode four is also the episode in which the newcomer Sascha gives up his bed at night because of Mola’s snoring and prefers to bed outside in nature, the newcomers are wiped off as “yoga tablets” – which are like “smoke and keep going away” , and Adelina says to her Mola that she has “never had such a profound conversation with anyone” as with Sascha “.

“Who conjures up the devil …”

According to the mood parameters, Mike and Michelle would be leaving the house next. The Berliners collect four votes. “What a bunch, what a cowardly bunch,” complains Cees and can truly not believe that there are people who find his appearance as uncomfortable as possible. Because he does not know who is behind “the conspiracy”, he threatens that one should kindly reveal oneself: “Nobody sleeps here before!”

Adelina grips the pure fear of this “bad person” who “has no control over his impulse control”. “You never want to get to know my evil side”, Cees chatters in the darkness of Wallachia and continues: “Whoever conjures up the devil will see him too.” Then Mola with one sentence, “as one would say it now in new German”: “Chill your base!”