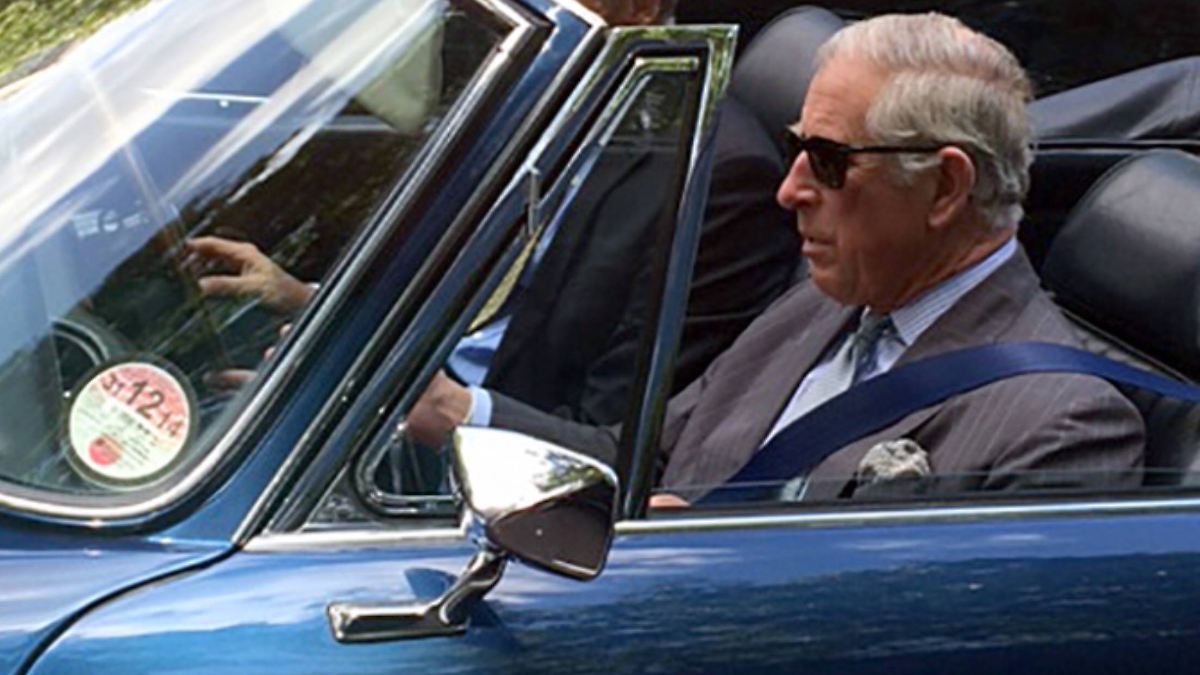 Prince Charles cares about the environment. And climate protection is also a concern for the Royal. He doesn’t want to mess with the drive of his Aston Martin, which he now feeds almost exclusively on biofuel. But is it really that sustainable?

Prince Charles has long been committed to ecological alternatives and sustainability. And so it is not surprising that he is also open to new ideas when it comes to fuel for his dark blue Aston Martin.

Prince Charles has owned the Aston Martin for around 50 years.

His famous sports car is operated “with excess white wine and whey from cheese production”, said the son of Queen Elizabeth I in an interview with the “BBC” in the run-up to the UN climate conference. This takes place from October 31st to November 12th in Glasgow, Scotland.

However, some people doubt whether his Aston Martin will actually improve its environmental balance significantly with this type of biofuel. “Prince Charles’ curious solution to running his Aston Martin with a high blend of bioethanol from cheese and wine waste should not be confused with a serious solution to reducing vehicle carbon,” said Greg Archer, UK Director of T&E. a European campaign group for clean traffic, the “Guardian”. “On a large scale, biofuels do more harm than good because they drive deforestation and land use change, which exacerbates the climate crisis,” he said.

“Individual case” with a pioneering role

The car, which Prince Charles has owned for 50 years, has been converted so that it can run on a fuel mixture of 85 percent bioethanol and 15 percent unleaded petrol, the so-called E85.

In the case of the prince, it is an “isolated case” that is basically not suitable as a concrete model, explains Chris Mallins, a consultant for alternative fuels and sustainability. In a certain way, however, Charles is playing a pioneering role, he emphasized at the same time. “The UK has a policy of being relatively aggressive about the development of new technology that will use other substances, if not cheese and wine. But we can and will get this far with food waste,” Mallins said. “However, there will be a need to develop more advanced technologies.”

Royal fans have known the chic vehicle since the wedding of Charles’ son Prince William to Kate Middleton on April 29, 2011 in Westminster Abbey in London. After the wedding, the newly married couple drove through the city by car.