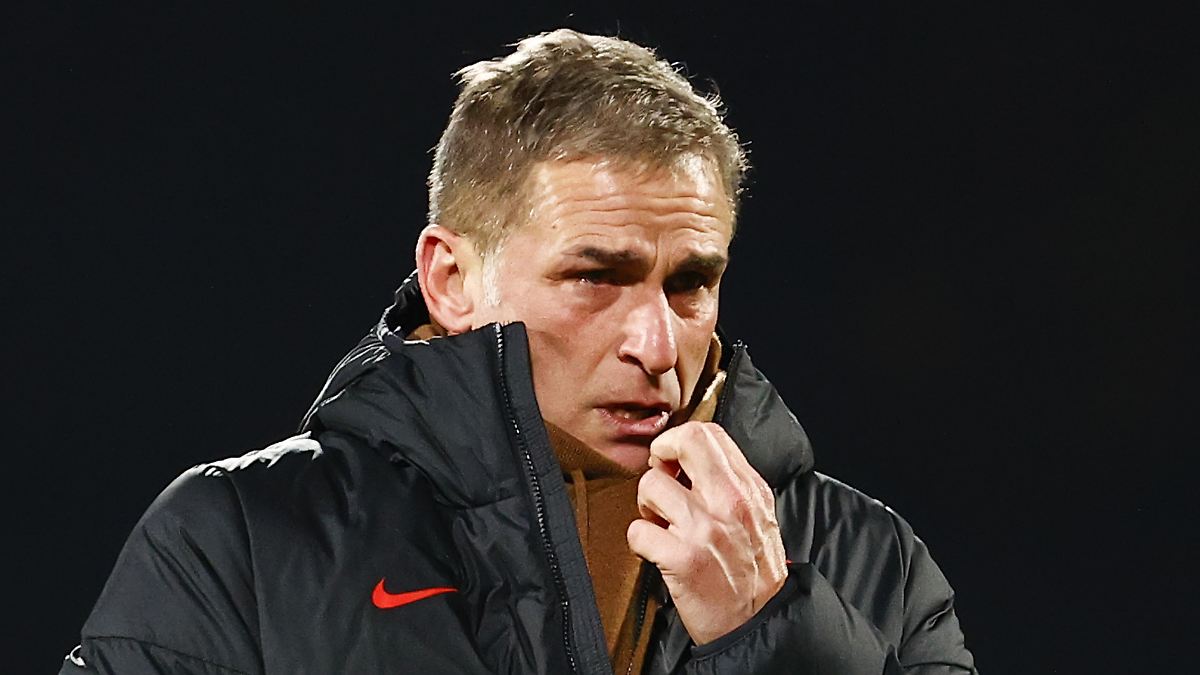 Turkey is deep in stoppage time, the new team of successful coach Stefan Kuntz, four points behind Norway. The World Cup dream threatens to burst. But a very late penalty brings relief. A lot of pressure drops from Kuntz who can’t hold back his tears.

Stefan Kuntz waved his arms wildly, feared for a long time, then cheered after all – and was even moved to tears. In the ninth minute of stoppage time, Burak Yilmaz ensured Turkey’s first win under their new coach and the emotional outburst at Kuntz. With a penalty kick after video analysis, the veteran secured the 2-1 (0-0) success on Monday evening and thus a spark of hope for participation in the World Cup.

Due to the success, Turkey stays close to Norway. They are two points behind the second-placed Scandinavians. In a direct duel, Kuntz had to be content with a 1-1 draw on his debut. The criticism of the Turkish press was not long in coming. The sports newspaper “Fanatik” had the headline: “The German vaccination did not work.”

Fans and journalists are likely to have been even more nervous when Merih Demiral made an own goal after 70 minutes. Serdar Dursun started the race to catch up (75th). Turkey ran continuously in the closing stages, while the home team tried with all means to bring the draw over time.

However, they did not always act fairly. An alleged handball has not yet been sanctioned. But after a foul by Kaspars Dubra, referee Andreas Ekberg looked at the scene again and decided on a penalty. Yilmaz ran up and stayed freezing.

Then Kuntz could see the redemption. He walked back and forth in disagreement, always wiping the tears from his eyes, before he was congratulated by his function team. Turkey no longer has the qualification for the 2022 World Cup in Qatar in their own hands. Against Gibraltar on November 13th and in Montenegro on November 16th, victories are a must to get into the playoffs if the Norwegians make a mistake. Norway has to travel to the Netherlands on the last day of the match.