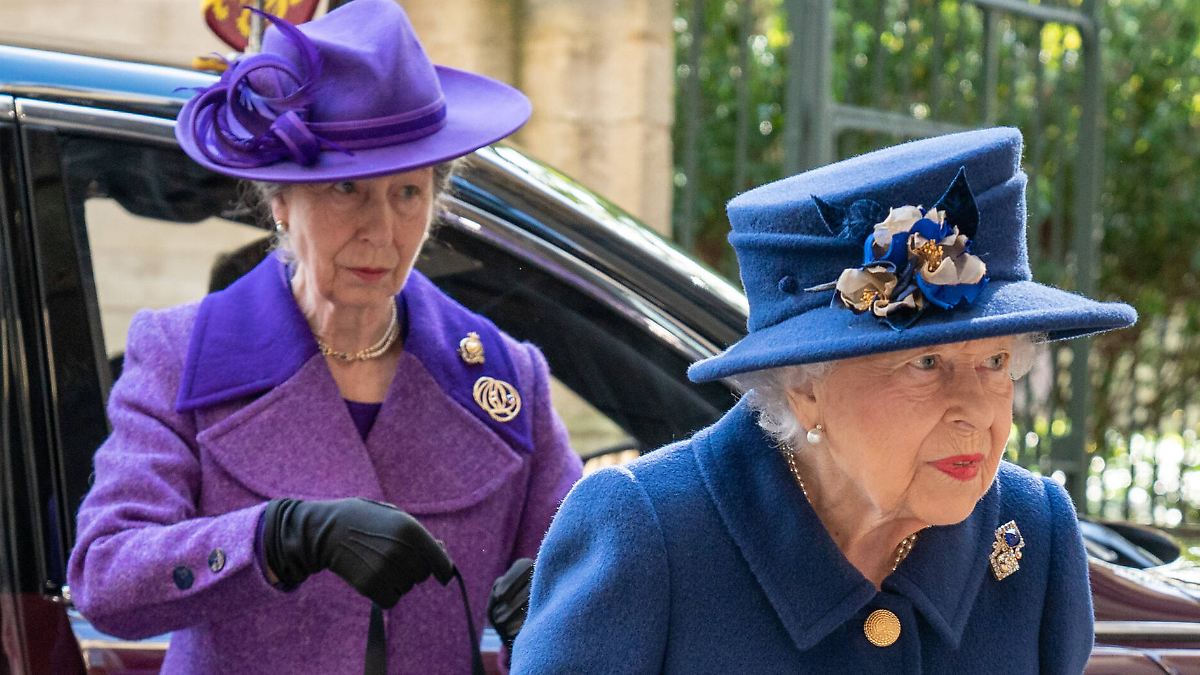 Elizabeth II needed a stick years ago after a knee operation. But this time she shouldn’t use the walker for medical reasons. For the first time she can be seen in public like this.

For the first time in many years, Queen Elizabeth II used a cane as a walking aid at a major public appearance. The British Queen used the device at a memorial service in London’s Westminster Abbey, as can be seen in photos. She was accompanied by her daughter, Princess Anne. British media reported that it was the first time the 95-year-old queen had used a stick for non-acute medical reasons.

The walker was given to the monarch after she got out of her limousine. Then the Queen went to her seat. She also used the aid on the way back. As the PA news agency reported, their car did not stop at the main portal of the cathedral, but at an entrance from which it is closer to their place. The measures would be for your convenience, PA continued. The palace did not want to comment on the help.

In 2003 and 2004 the Queen used a stick after a knee operation. Since then, however, she has always moved without a walker. The Daily Mail speculated that the stick should now help her over the uneven pavement at the entrance.