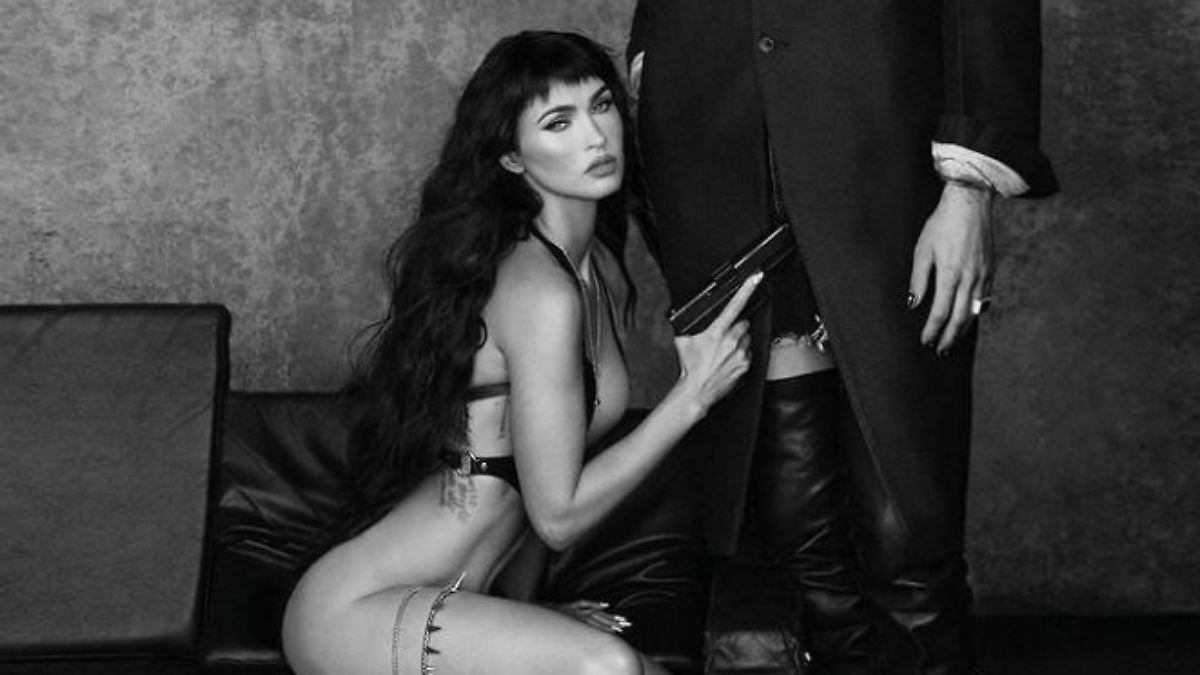 Actually, it’s her friend Machine Gun Kelly who has the submachine gun in his name. For a magazine shoot, however, it is Megan Fox who picks up the gun – and almost naked. But where on earth is it aiming?

Megan Fox once caused a sensation as an actress. Especially her appearances in the first “Transformers” flicks made the hearts of the male moviegoers beat faster and gave her the reputation of being something like the descendant of Angelina Jolie.

Then Fox started making headlines with her personal life. Her on-off relationship with fellow actor Brian Austin Green, whom she married in 2010 and with whom she had three sons, ended crashing last year. Since then, the two have been etching each other via social networks.

However, the new friend by the side of the 35-year-old also caused a stir. After all, fat-pants rapper Machine Gun Kelly seems to come from a completely different prey scheme than ex-husband Green.

From the toilet to underwear

Most recently, Fox knew how to draw attention, especially with revealing outfits in exquisite poses. Her trip to the men’s toilet with her new bosom friend Kourtney Kardashian at the MTV Awards, her spectacular presentation at the MET Gala or an advertising campaign for underwear initiated again with Kardashian should be mentioned here.

Now Fox is once again supplying tinder for reporting on them. The focus: her partner Machine Gun Kelly, her bare skin and a cannon. The reason for this was a photo shoot for the magazine “GQ Style”. Fox posted some pictures from it on her Instagram page.

On the magazine cover you can see Fox kneeling on a leather couch, almost naked. Next to her is Machine Gun Kelly, whose real name is Colson Baker.

In particular, however, one detail catches the eye: the gun in the hand of the actress – and its direction. After all, Fox keeps the gun right in step with Machine Gun Kelly’s.

Further shots from the “GQ Style” session show the couple in vampire poses. “And you, her greatest love, are mine now, flesh of my flesh, blood of my blood,” commented Fox melodramatically on the photos.

We assume that Fox does not walk among the undead despite this photo shoot. And of course we sincerely hope that she didn’t pull the trigger on the pistol. However, the pictures are always an eye-catcher.