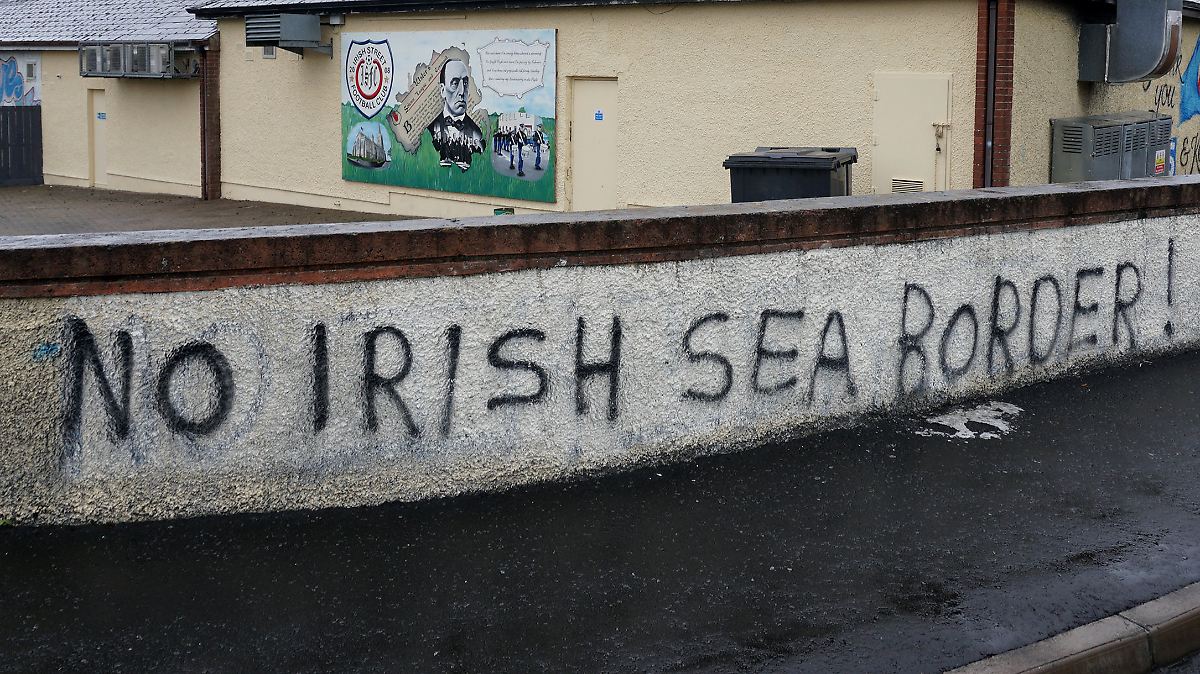 London declares the Northern Ireland Protocol to have failed in the context of Brexit – and argues with Brussels over the question of guilt. Now the EU wants to facilitate the movement of goods on the Irish-Northern Irish border, but is also demanding that the British government be accommodated.

In the dispute over the Brexit rules for the British Northern Ireland, Brussels wants to reduce the growing tensions with London by considerably easing the movement of goods to the province. According to the EU Commission, 80 percent of the controls are expected to be eliminated for certain product groups.

Much work has been put into the new proposals in order to “achieve a noticeable change on the ground in response to the concerns expressed by people and companies in Northern Ireland,” said the Brexit representative of the Brussels authority, Maros Sefcovic.

The so-called Northern Ireland Protocol was the breakthrough in the dispute over the former civil war region during the British exit negotiations. This stipulates that Northern Ireland will continue to follow the rules of the EU internal market and the customs union. This is to prevent a hard border between Northern Ireland and the EU member Republic of Ireland – and a renewed outbreak of the conflict over the reunification of the island.

In order to prevent uncontrolled goods entering the EU, controls have been agreed between Northern Ireland and the rest of the UK. This sometimes led to problems in trade, for which London and Brussels blame each other. The British government has since declared the protocol a failure and demands a fundamental renegotiation, which Brussels rejects.

Another offer by the EU Commission is to reduce the paperwork involved in customs formalities by half. London must grant the EU authorities access to IT systems in real time, so the demand. Brussels also indicated willingness to talk: “Our proposals are not presented to the British government today as a ‘eat-or-die’ package,” said a Commission official.